“How to get a summer body!” is a seemingly inescapable suggestion when the sun starts to shine. And while it’s inspiring for some, for others it’s triggering. If you’re tired of seeing #TransformationTuesday on Instagram, and gave up following top model exploits, these accounts will inspire you to proudly swim at the beach, instead of covering up until September.

Many of these women created their own hashtags, as a way to combat typical Instagram posts, encouraging their followers to share their own experiences. Below, they describe what they hope to accomplish on the app.

The French model Clémentine Desseaux co-founded the All Woman Project to help “all females feel represented.” On her account she shares photos of bikini photos, proudly showcasing cellulite and focusing on images without the Photoshop. “In the summer more than ever, women need to know they’re good enough just the way they are. Every body is a beach body,” Desseaux told the Observer.

Me thinking about all of my fun releases this summer. Photo by @enterthevintage

Shanthony Exum, better known as Miss Eaves, is a rapper, photographer and the creator of the the delightful music video “Thunder Thighs,” a must-watch if you have to walk anywhere this summer in the heat. “The message so many of us get that our bodies are wrong, that we are wrong, and I want to use my art to help people fight that messaging. It is very important for us to tune out the noise and celebrate the things that make us uniquely ourselves,” Exum told us.

People keep asking me how to get a bikini body…. just put on a damn bikini. Voila… bikini body 👙It's all in your mind. You don't need to look a certain way to wear something. You need to feel a certain way. Usually those feels are 'not giving a f@*^' just be happy and confident in what you got. #bikini #body #everybodyisabikinibody #confidence #everybodyisabeachbody 📷 @ivyerlingerphoto

Laura Wells is an Australian model and environmentalist who’s unafraid to call out body shamers online. “People who try to tear others down are usually insecure themselves. They aren’t some form of authority you should be listening to,” she told the Observer. Wells hopes her posts help people overcome stereotypes and societal expectations, but has received a few negative comments. “I have said something to that person, even in a private message to let them know how detrimental their words can be to others,” she admitted.

It's been a while since I've addressed negative comments and today I feel compelled to do so. Yesterday there was a public post of me and I of course went through the comments and was completely appalled and upset by the horrific things people had to say. As I have said before, it is NOT always easy being body positive, there are times when I struggle especially when it's something career oriented. But you know what? I have to realise that I have come so far from where I was once was. I was a miserable and completely insecure girl trying to live up to unrealistic standards (for me) just a few years ago. Now, I live my life according to ME and ONLY ME. I wake up everyday free of hatred towards my body and self. So what if strangers want to take the time out of their day to bash me on my appearance? How does that affect me in the long run? What role do they play in my life? They play no role, they are just people behind the screens of their computer, who would never even have the balls to tell me to "cut back on carbs" or say I look like "spongebob squarepants sister" face to face. They REALLY never would. These hateful words people say cannot have power over us, we cannot fall prey to it. Why? Because we love OURSELVES and respect OURSELVES. And I know that anybody who loves and respects themselves would never say such negative words to others. At least I've got the balls to get out there in my bikini and be confident AF regardless of how many packs of abs I'm missing! Sticks and stones may break these bones, but words will never hurt me. It was always something people said as kids, and it truly resonates with me now as a grown adult. Rise above the hate and keep shining 🌟 Thank you @mj_day and @si_swimsuit for giving me the chance to come in and represent girls with my bodies like mine 🙏 #riseabove #shineon #loveyourself #dustitoff #bodypositive #bodylove #siswim #keepmoving #effyourbeautystandards #breakingbarriers #everybodyisbeautiful

Liza Golden has been open about her struggles with her body, especially as a former straight size model. Now, she has more than 100,000 followers and shares bikini photos with candid captions. She responds to body shamers, explaining there’s no right way to look.

What content/posts does out #AnyBODYarmy want to see from us? Leave us a comment. Below or chuck us a dm 💖😊 #loveanybody #sexyforall

As Any Body, Australian models and best friends Georgia Gibbs and Kate Wasley share photos of the two side by side. They encourage their 165,000 followers to join in the hashtag and share their own extremely personal stories about coping with body image. Gibbs recently told the Observer, “the industry needs to embrace variety, not extremes and not one ideal shape.” Instead of regular transformation Tuesday stories, Wasley wrote about how losing weight affected her.

My happiness , health and self worth are not determined by a number on the scale or the size of my bikini. Happiness to me is surfing good waves , long paddles and swims , running my favorite trail, or just moving my body outdoors. I don't feel the need to fit any image to do all of these things . Taking this pressure off allows you to fully enjoy these things without expectations to be anything else besides the best version of just YOU 🌊🏄🏼‍♀️💗 #surf #warmwater #athlete #health #strongisbeautiful #beyou #everybodyisbeatiful

Bo Stanley is a surfer, model and body activist with 55,000 followers on Instagram. “It’s time we start using the media to empower women, not oppress them. We need to encourage them to stand up, speak up and be the strongest versions of themselves, not the prettiest versions of themselves, crushing any idea that we are not capable of changing the world,” Stanley said about her account’s mission.

Tess Holliday started the hashtag #effyourbeautystandards in 2013, and it now has more than two million posts. The hashtag was meant to counteract the cyberbullying she was experiencing. She met her husband on Tumblr, when he messaged her and said he admired how she inspired women. Her inspirations are tattooed on her arms, including Dolly Parton, Mae West and Miss Piggy. She’s currently working on the book The Not So Subtle Art of Being A Fat Girl, which will be released this August. 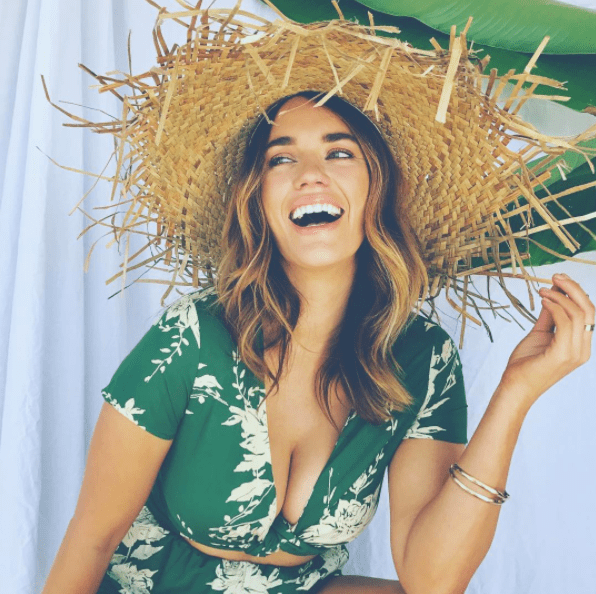