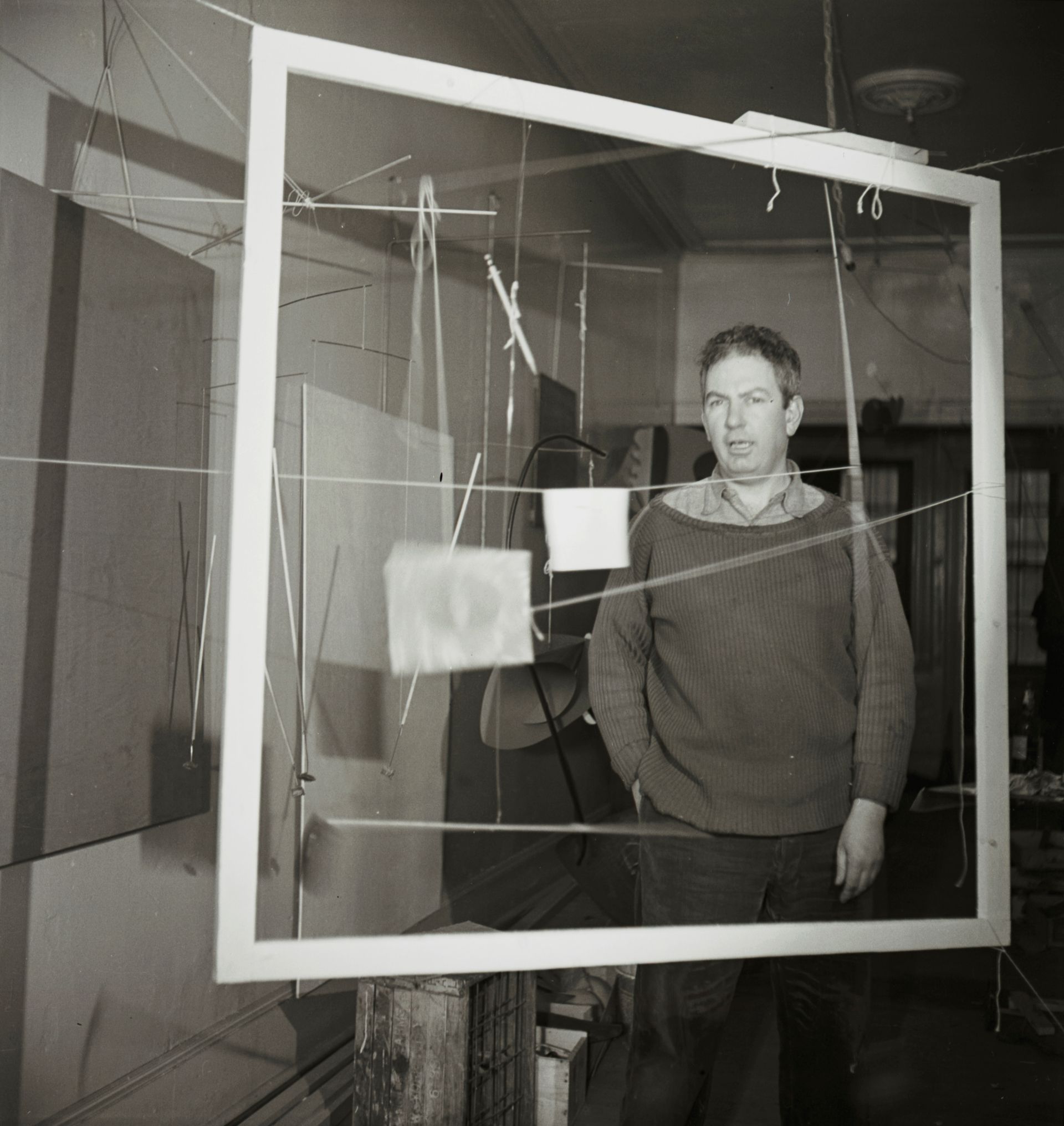 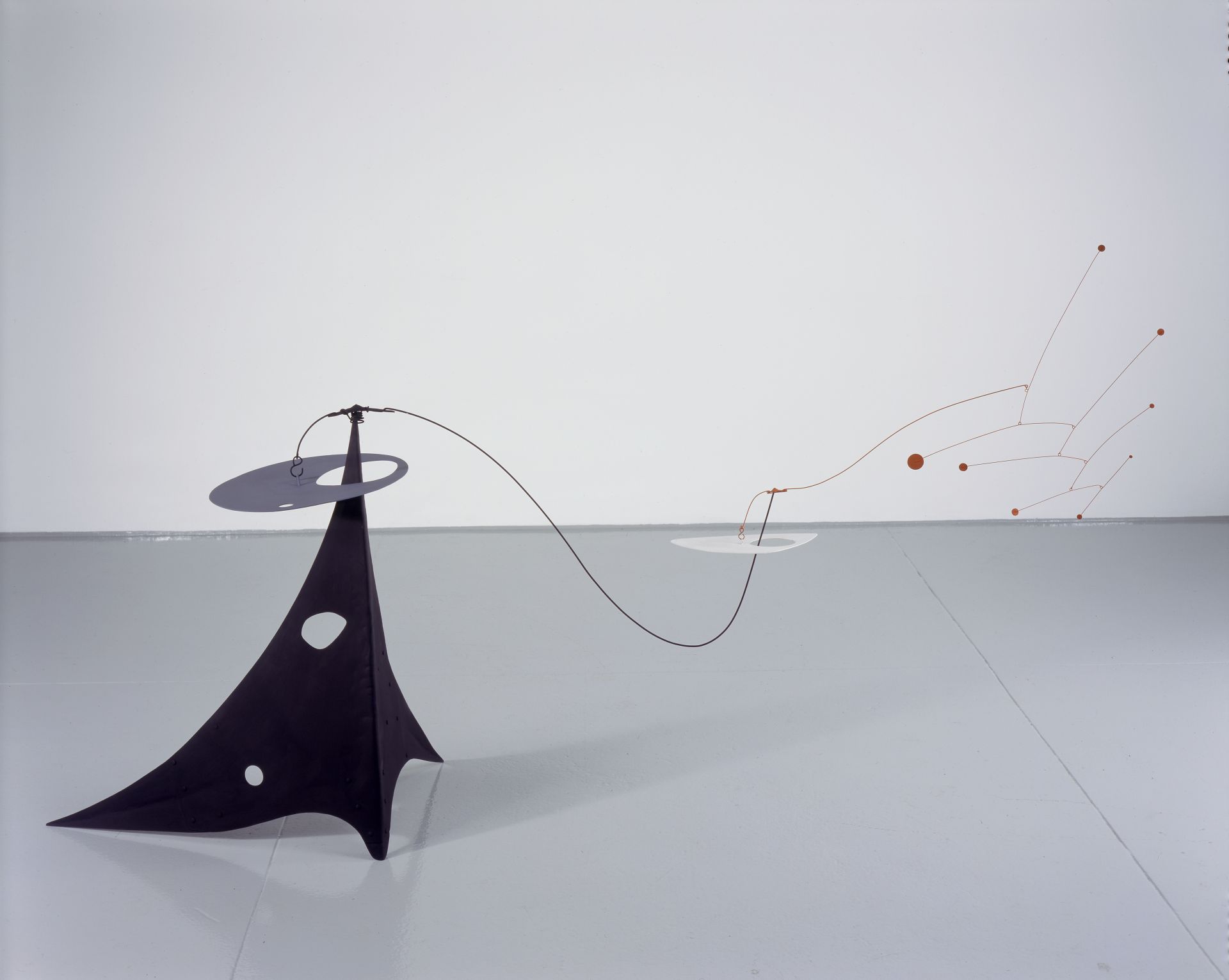 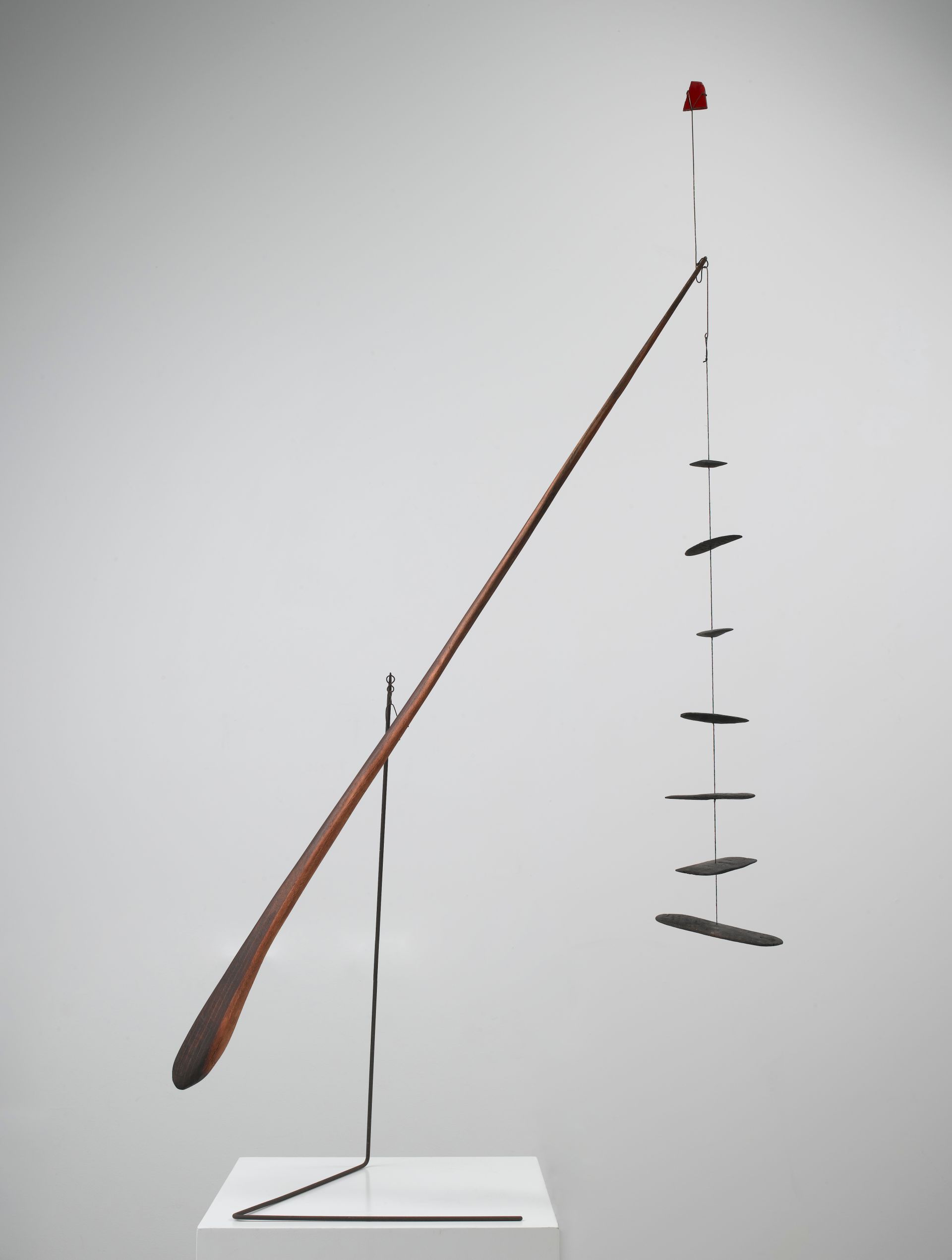 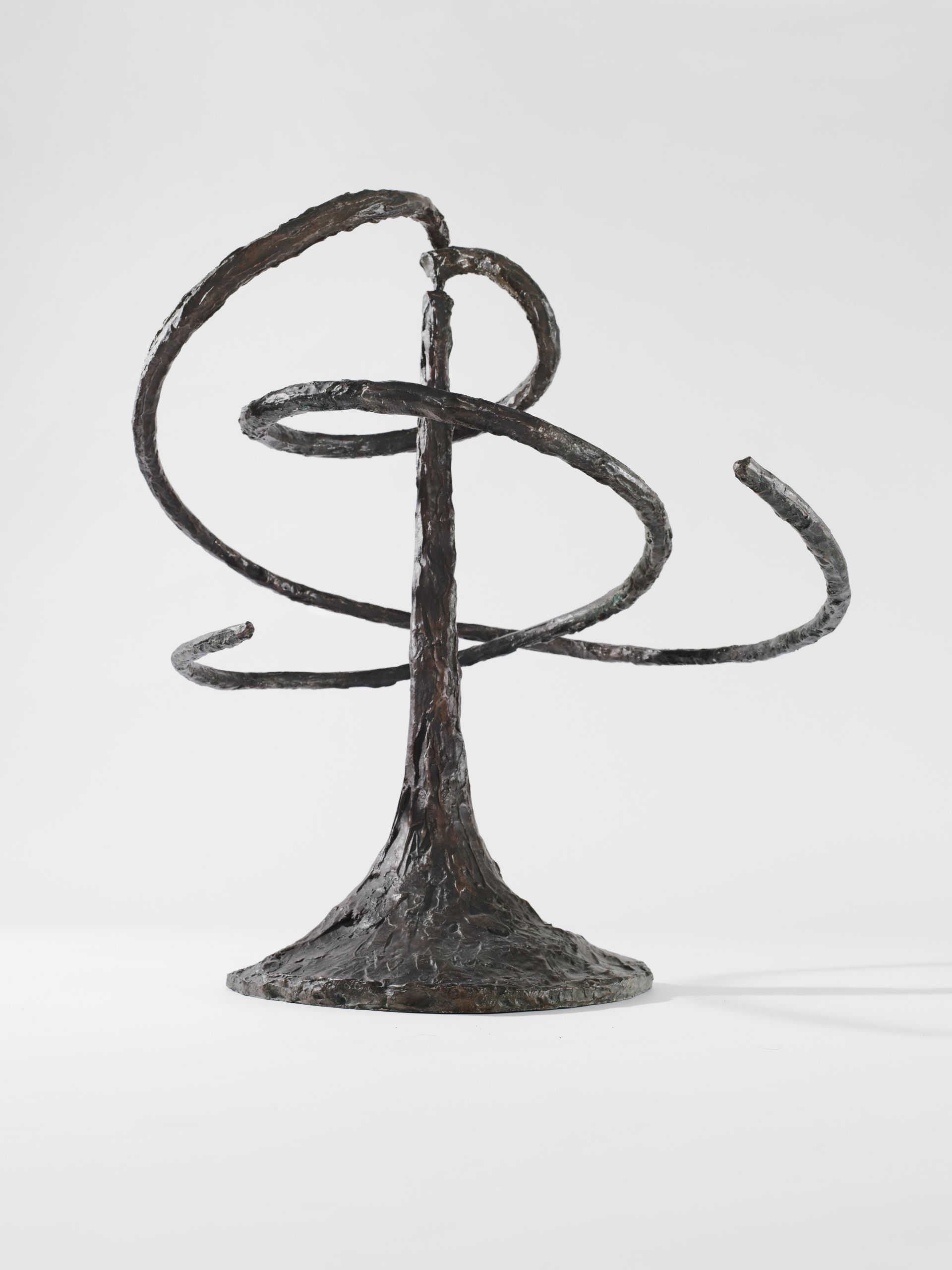 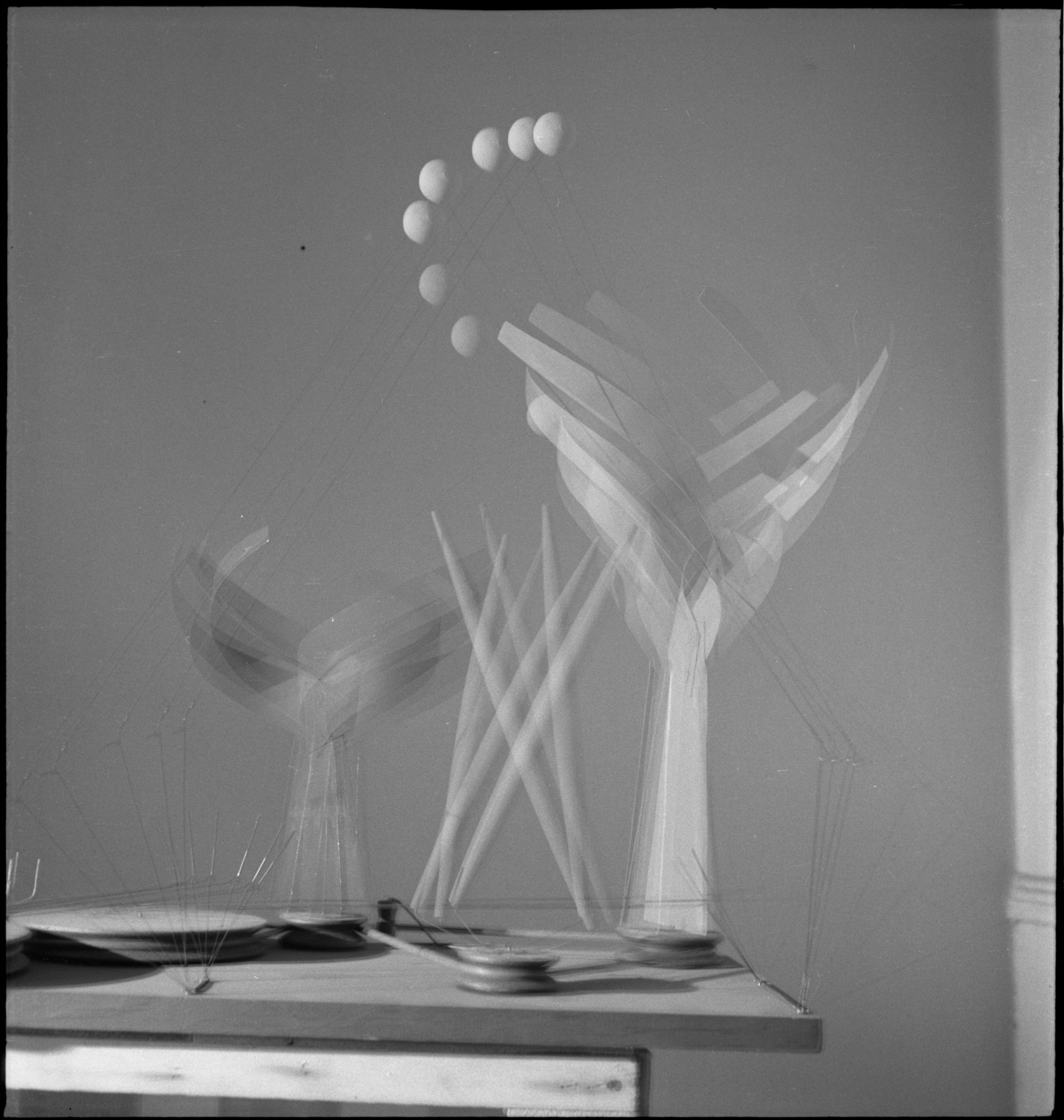 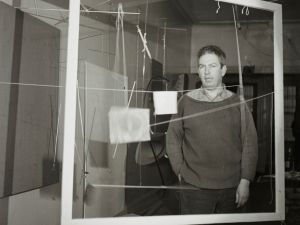 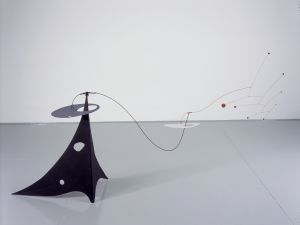 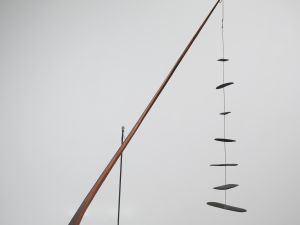 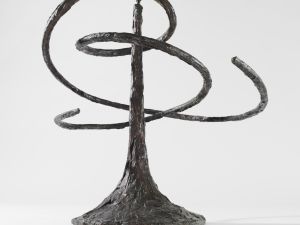 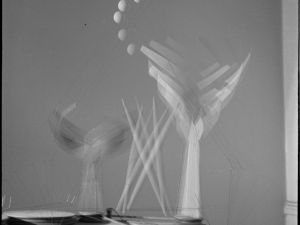 Vito Acconci once told Marc Santo in an interview for Revel that the “architecture of the future is going to be a mobile architecture.” But if you look at the work of the late Alexander Calder—who currently has 36 sculptures on view in the show “Calder: Hypermobility” at the Whitney—it’s pretty obvious that the future has been around for a while.

Calder was a revolutionary with mass appeal. He played the materiality of sculpture in three dimensions against the immateriality of weightless objects suspended in the air. A favorite gambit of his was to take inanimate objects and place them in motion. The sculptures on view remind us that he kept trying, and kept coming up with new ways of doing this.

The Whitney show isn’t systematic. There’s not enough work on view for that, although the Whitney does own more Calders than any other museum. Yet the exhibition still takes you through a few common languages in art to see what Calder shared with his peers (or seemed to share) and how he departed from those shared elements toward a greater simplicity or mobility or just a greater leap of the imagination. Those peers included Alberto Giacometti, Joan Miro, Marcel Duchamp (who coined the term mobiles for Calder’s moving sculptures), Louie Bourgeois, and more.

You find yourself thinking of Miro or even of Henri Matisse’s later cut-outs when Calder suspends nautical objects in the air in Sea Scape (1947) or when the oversized snowflakes in Blizzard (Roxbury Flurry) spin in two directions on two axes, thanks to prodding from a Whitney art handler the museum calls an “activator.” (Calder-Miro affinities can also been seen center-stage in “Calder/Miro: Constellations” at Pace Gallery on 57th Street through June 30.)

You might also think of Frank Gehry when Calder uses metal as fabric in Snake and the Cross (1936), a pairing of iconic forms that wanders into the space between two and three dimensions.

When the works in “Hypermobility” are motionless, we get a silent harmony that seems to defy engineering logic. When the works move, it seems proper to steal the description ballets mecaniques, a title coined for an earlier work by Fernand Leger.

And when the sculptures are “motorized”—the term that Calder used for works in which elements moved with the help of motors—movement brings enchantment to constructions that seem awkward when they just stand there.

You can see this in Machine Motorisee (1933), two vaguely organic wooden shapes that look like Calder found them around Stonehenge, and which whirl into a courtship dance in slow motion; all of a sudden, two forms and one sculpture have a narrative.

Another moving sculpture that visitors to the show will see is Half-Circle, Quarter-Circle and Sphere (1932), across the gallery, a metal sphere on a red rod alongside another thin rod bent into two sections of a circle’s perimeter. When those elements move, it’s animation, which was just taking off with the public around the time that Calder made the work.

“Calder: Hypermobility” will be a popular show, if not for the sheer imagination on view, then for the activator who moves in a chimney-sweep’s coat to keep the motion going when there’s no motor to do it.

That’s a fun kid-friendly novelty, yet what’s enduring about these inanimate sculptures is the life that Calder placed inside them. But don’t worry, they won’t follow you down the stairs.

“Calder: Hypermobility” is on view at the Whitney Museum of American Art through October 23.