As the New York City Pride March winds its way through Midtown to the West Village this Sunday afternoon, Alexander Wang is offering the crowd a word of advice: Protect Your Wang. Seriously, that’s the name of the designer’s partnership with Trojan condoms. The unlikely duo has joined forces to offer a chic and cheeky reminder to practice safe sex by using condoms.

To do so, Wang and Trojan designed an all-black float, which will debut at this weekend’s parade. According to a press release, the “circular design artistically brings to life a Trojan condom,” although Wang told Vogue that he wanted his float to be reminiscent of a party bus.

“Everyone knows I love a party bus,” Wang told the glossy. “Usually things are quite hidden and veiled, and the idea was just exposing everything inside.” Those visible features include a stripper pole and a DJ booth, the latter of which will be manned by DJ Jesse Marco. Surely Wang and his entourage of supermodel BFFs will take a spin or two on the stripper pole.

Additionally, there will be Trojan ambassadors walking alongside the float, handing out condoms and temporary tattoos, while reminding bystanders to have a safe Pride weekend. They will all be decked out in Wang-designed t-shirts while doing their part to educate the public on how to minimize the risk of contracting an STD or an STI.

“I felt this partnership with Trojan was a positive way to reinforce the message of inclusion and promote wellness within the LGBTQ community,” Wang said in a statement. “I feel proud to be able to celebrate our differences and remind everyone to ‘Protect Your Wang.'” Surely that’s a message we can all try and remember. 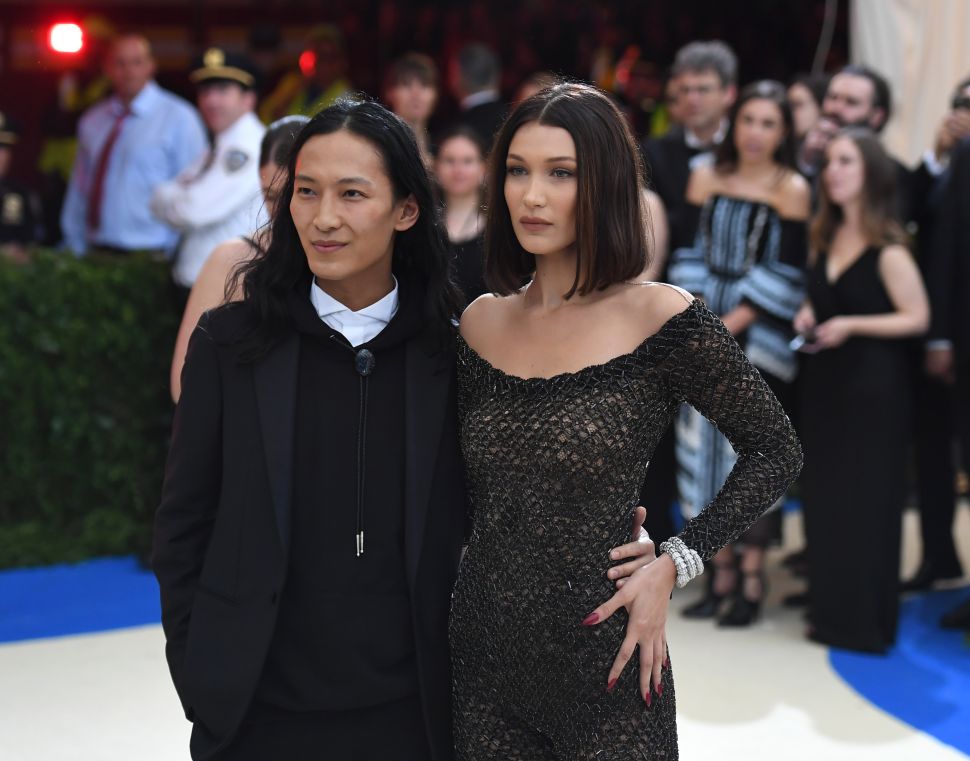