Online retail giant Amazon has made a decisive move into food retail. The acquisition of US grocer Whole Foods, a pioneer in organic, healthy food shopping for well-off consumers, brings together two businesses with contrasting reputations. We’ve been here before. And it didn’t work out well.

Amazon’s mission is to build a place where people can find “anything they might want to buy online”. In the Whole Foods mission statement, however, it promises to “not sell just anything” but to deliver the highest quality that encompasses the greater good. We perhaps shouldn’t judge a deal by highlighting that the corporate PR seems to be at odds, but this discrepancy does raise some profound questions about the purpose of a business and how that purpose is accomplished.

For years, Amazon has been criticised for its business practices. A burnout-inducing work culture, limited focus on recycling and a lack of transparency on sustainability reporting have all come under fire. Compare that to Whole Foods’ value-based culture of caring for worker communities, adoption of responsible recycling and its foray into solar energy. It feels like a strange marriage.

In fact, it does bring to mind 2006, when L’Oréal, the corporate beauty giant with a deeply questionable animal testing record, acquired Body Shop, the socially conscious beauty company known for its ethical products and friendly environmental practices. The deal was made through an agreed buyout with Anita Roddick, the founder of Body Shop. Agreements were made that Body Shop would continue to run independently, and Roddick was quoted as saying Body Shop could act as “a Trojan horse” and positively influence the way L’Oréal did business.

However, over time, the lack of a cultural fit between the two companies, and growing competition from other ethical beauty brands, led to a decline in Body Shop’s appeal. Sales fell, as did operating profits and market share. Now L’Oréal is looking to sell Body Shop a decade after a deal that shocked many. Clearly, there is more to an acquisition than just potential financial rewards, and that mismatch of ideology and purpose can lead to reduced value for investors themselves.

The Whole Foods deal has echoes of that Body Shop-L’Oréal story, but there are some important differences. Amazon has responded to criticisms over its sustainability credentials and signalled a positive shift by significantly expanding its sustainability team. It has also announced a series of goals in this direction, ranging from solar-energy-powered fulfilment centres to construction of its largest wind farm.

But let’s not get carried away. Amazon is more than 20 years old, and remains a laggard in the sustainability movement. Its venture into renewables was not a matter of business philosophy, but was driven by market and competitor pressures and the push to align with the previous US administration’s stand on climate change. In contrast, Whole Foods has followed a mindful approach to sustainability, winning its first Green Power award from the US Environment Protection Agency (EPA) more than 13 years ago. With the Trump administration’s renewed focus on coal, the US withdrawal from the Paris Climate Agreement, and overhaul of the EPA, the pressure on Amazon to progressively adopt green tech may ease.

It is also hard to see how Amazon will handle the strong views of John Mackey, CEO of Whole Foods and a proponent of conscious capitalism. He has been quoted as saying:

Business (in America) is about a bunch of greedy bastards running around exploiting people, screwing their customers, taking advantage of their employees, dumping their toxic waste in the environment, acting like sociopaths.

The Whole Foods approach is to create long-term value for its owners, shoppers, workers, suppliers and local residents. What marks out a so-called “purposeful” business is its ability to stay true to that mission, rather than drifting inexorably towards life as an engine of growth for investors through continuous expansion.

Now, Amazon has focused on long-term growth and is a customer-centric company, but its attitude towards workers, communities and the environment has often been drastically different from that of Whole Foods, leading to the obvious question of how Whole Foods will be run within Amazon.

The fear must be that the rationale for the Whole Foods acquisition is to make cost cuts and secure a good outcome for investors. There is much chat in the media about Amazon’s warehouse robots being let loose on Whole Foods, at the expense of jobs. And the door is already ajar. Pressure from investors has already led to an overhaul of the Whole Foods’ board of directors, where long-standing conscious capitalism supporters have been replaced by corporate leaders interested in market growth and investor wealth maximization.

There is clear business potential here for Amazon, but an equally clear lesson from past acquisitions where a poor cultural fit has proved detrimental for everyone involved and for the brand itself. Whole Foods has become synonymous with ethical consumption through its careful selection of vendors and products. Despite competition, it has an ardent following of ethical consumers.

There is a genuine risk that this acquisition will muddy the waters for Whole Foods shoppers. Will they now be faced with shelves full of “anything” that can sell, rather than the benign niche products they are used to? How leadership works post-acquisition will be key: how and why decisions are made, and by whom, will dictate whether the upscale grocer loses its claim to conscious capitalism. The deal could be a success, but if lessons aren’t learnt, Whole Foods could even go the same way as the Body Shop, and end up on the auction block in a decade’s time.

Tanusree Jain is an Assistant Professor of Ethical Business at Trinity College Dublin. This article was originally published on The Conversation. Read the original article. 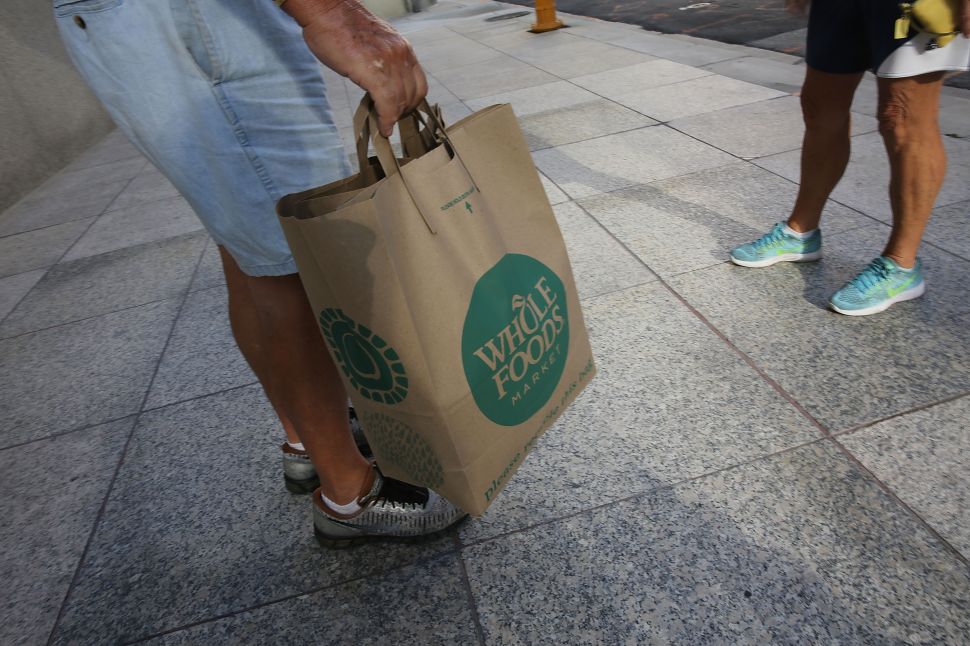