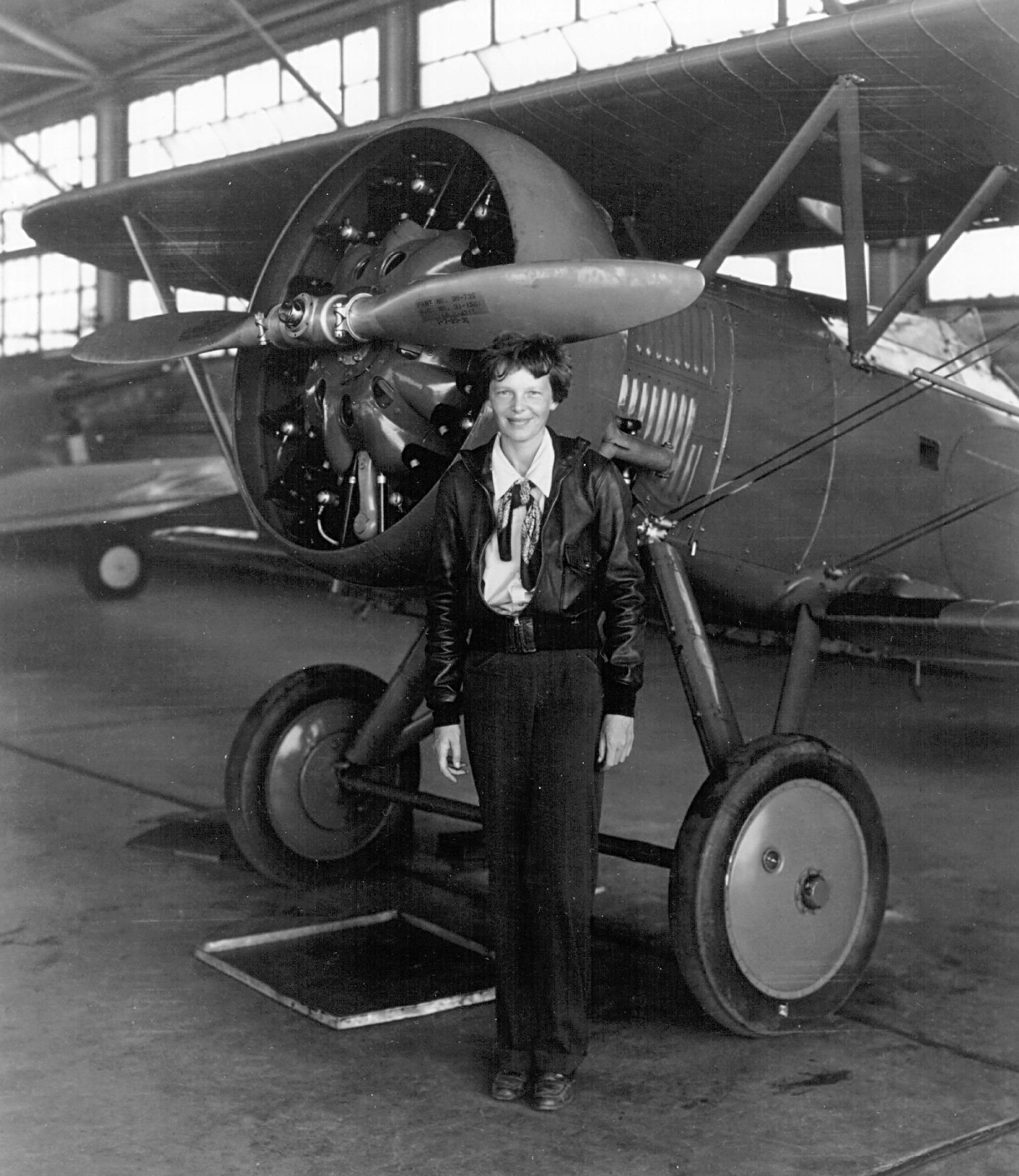 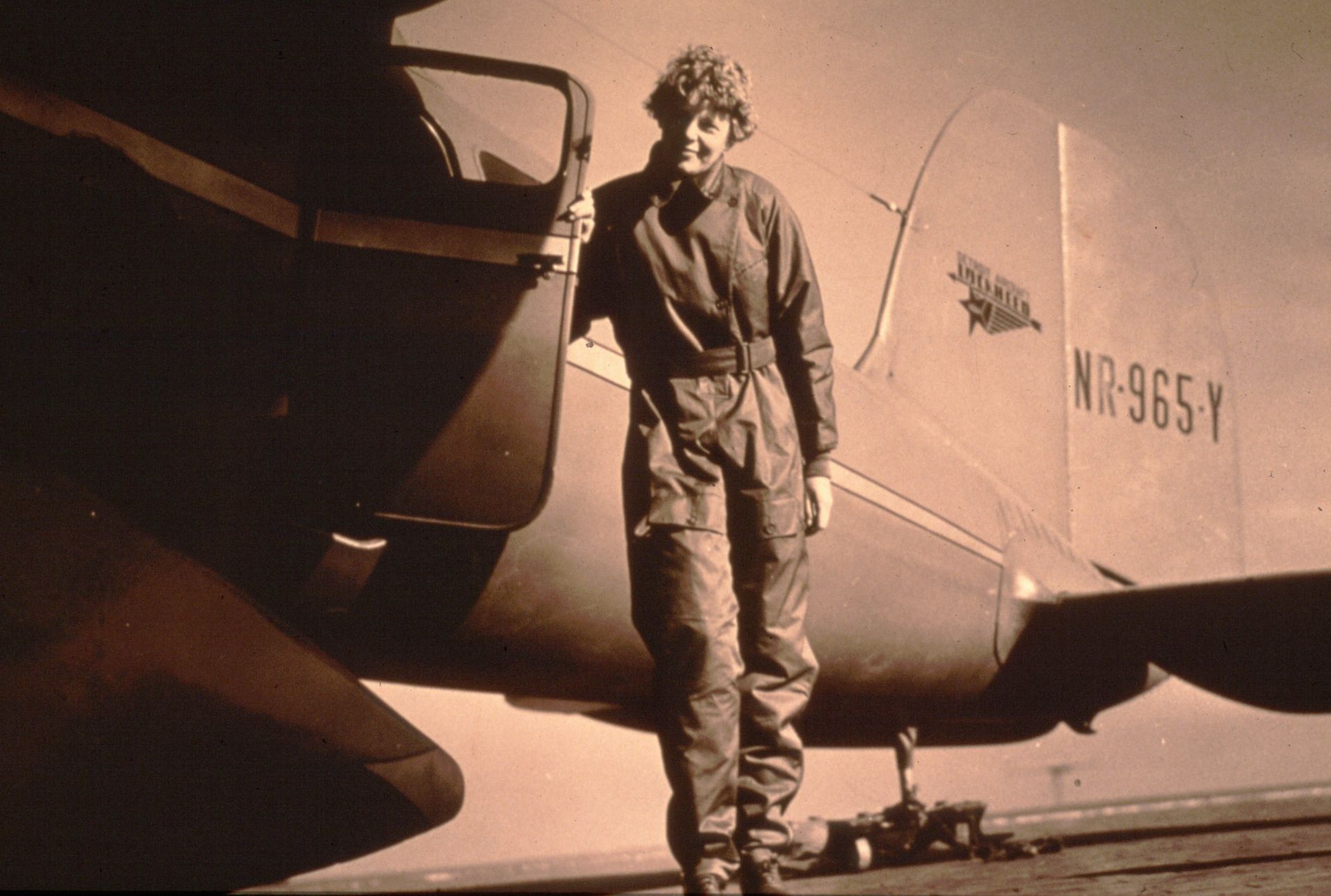 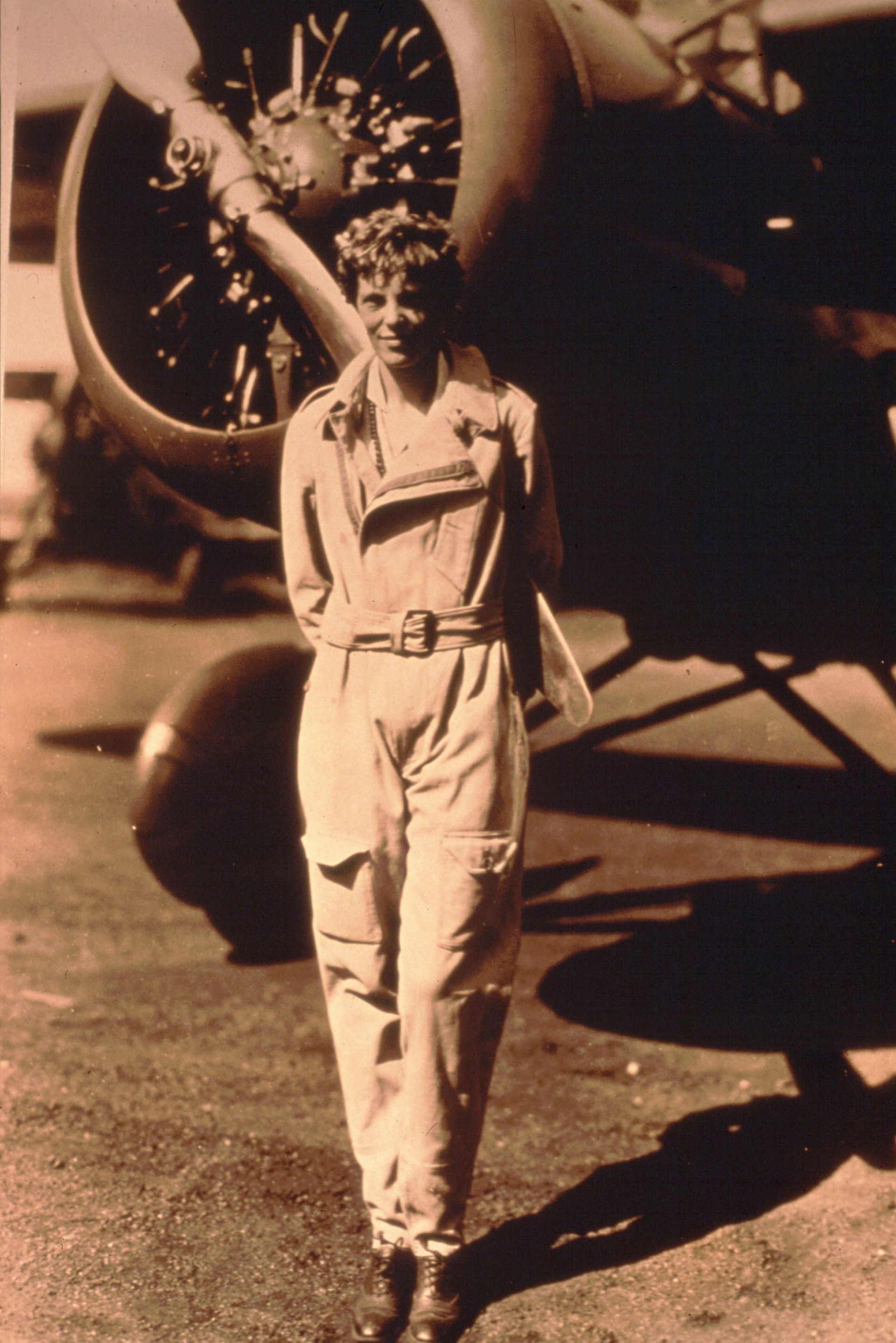 A one-piece is just a functional flight outfit, but Earhart makes it look rather chic.
Getty Images 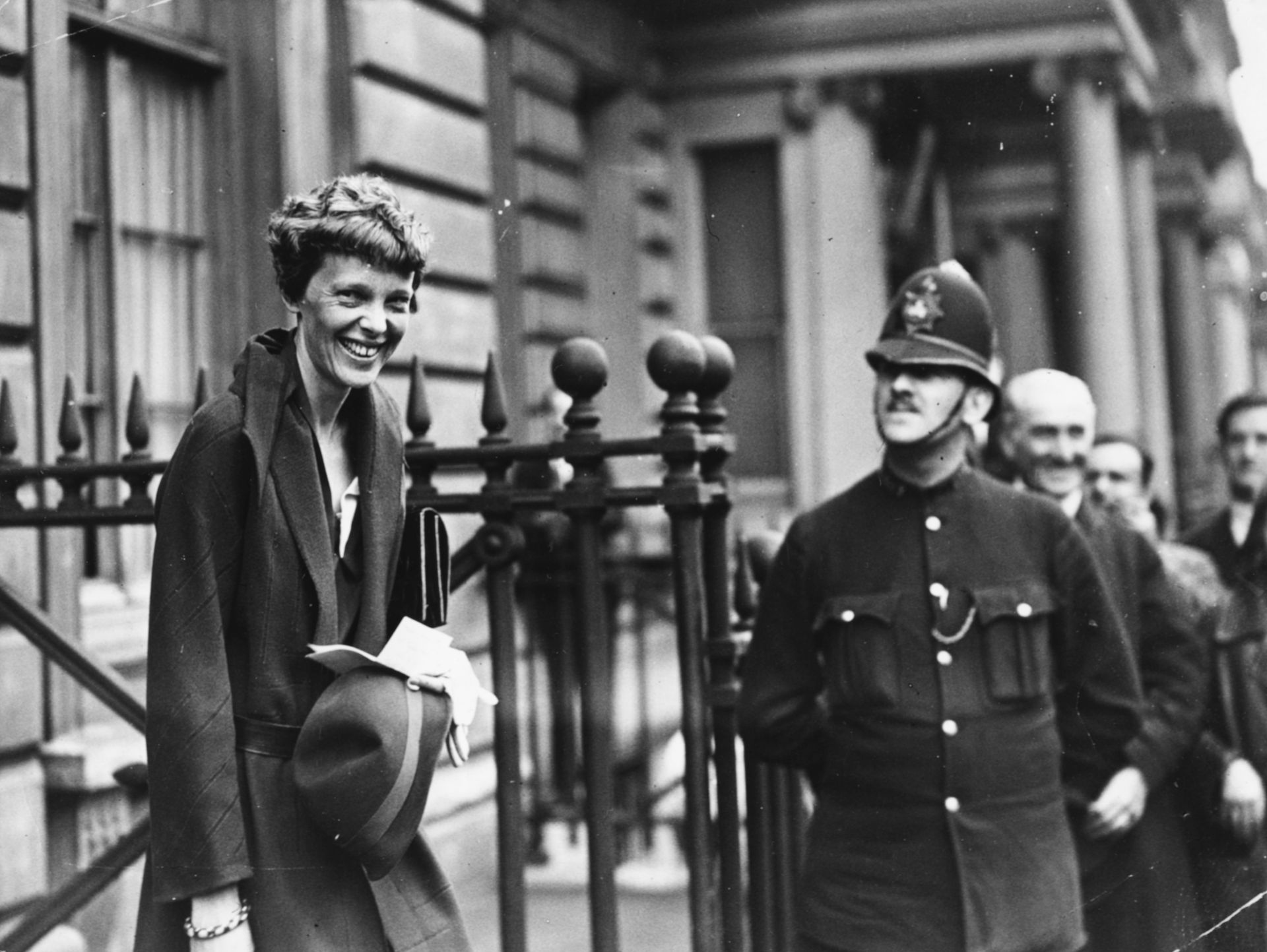 Earhart proves her attention to detail, while leaving the US Embassy in London, in 1932.
Getty Images
Advertisement 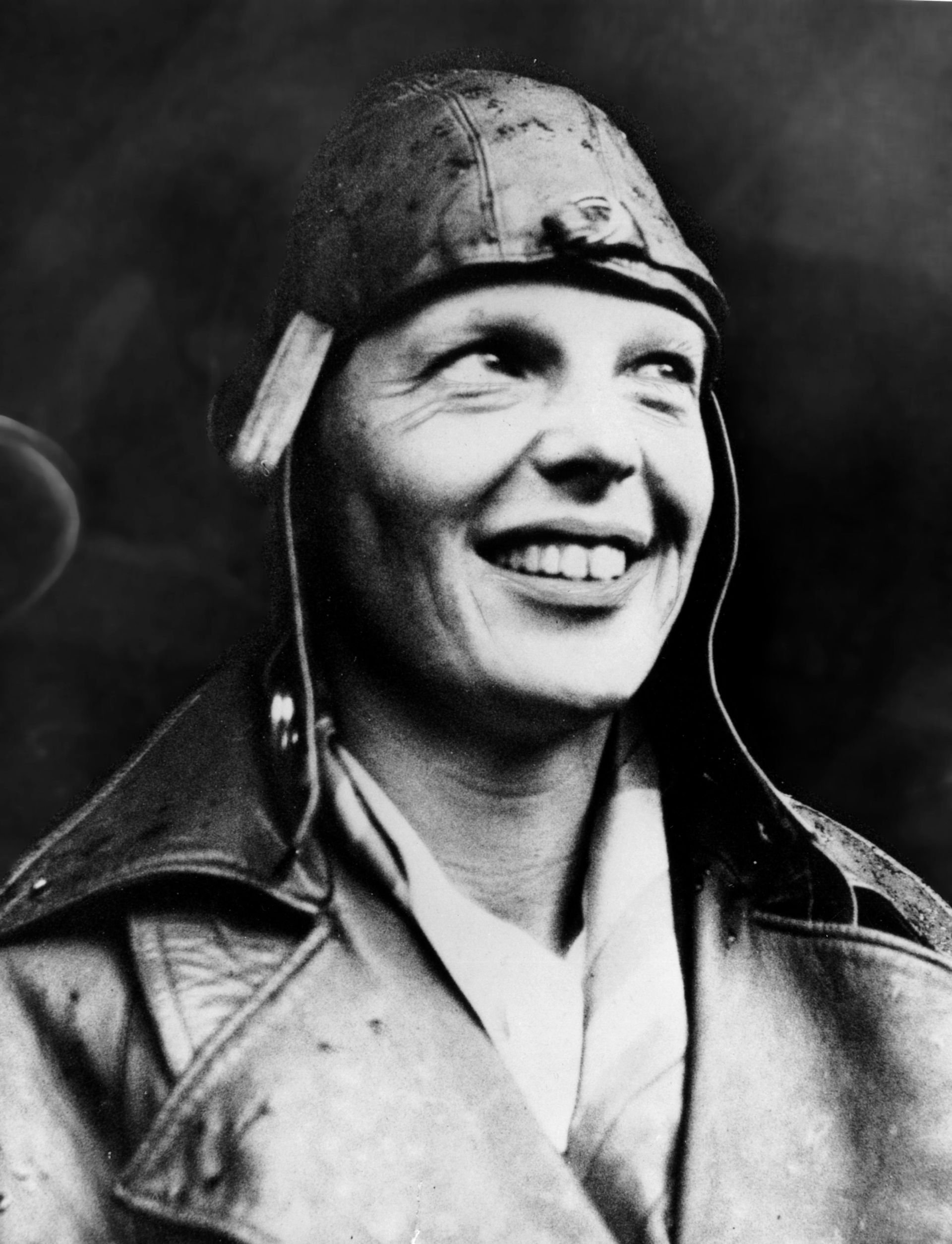 Earhart in the iconic cap, after landing in London.
Getty Images 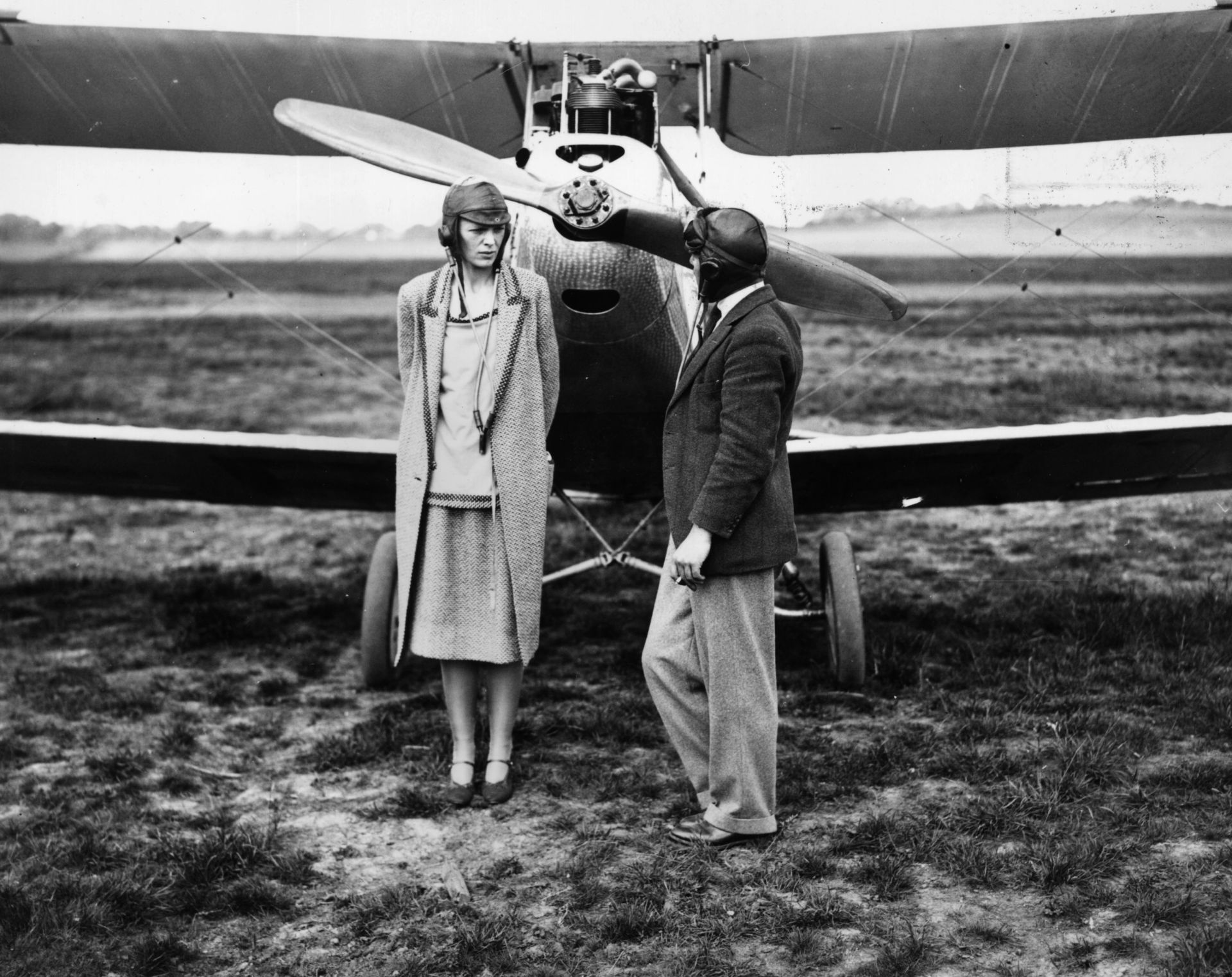 This tweed skirt could be a current piece from Chanel.
Getty Images 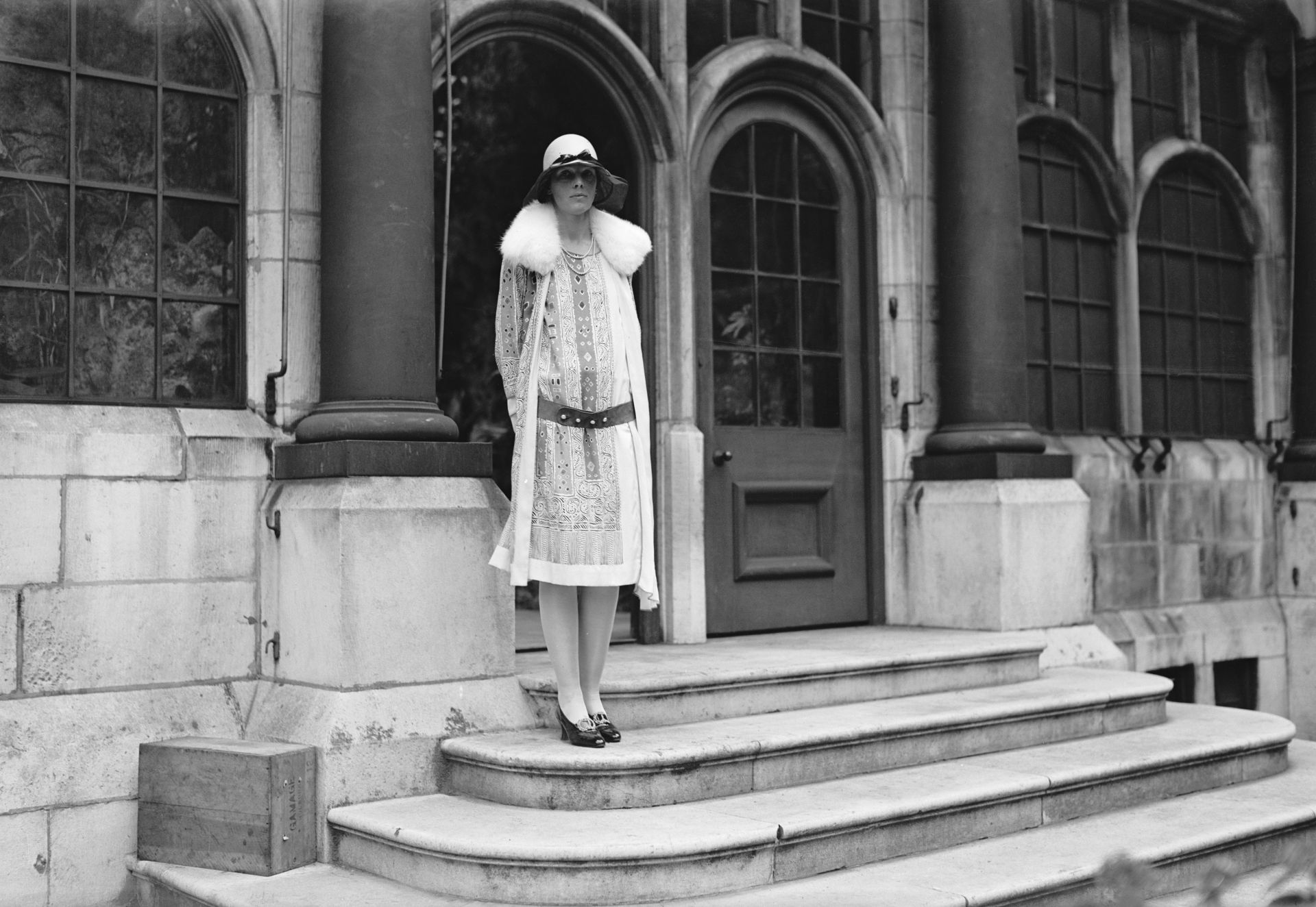 This printed drop-waist dress is impeccable, especially when paired with a matching jacket.
Getty Images
Advertisement 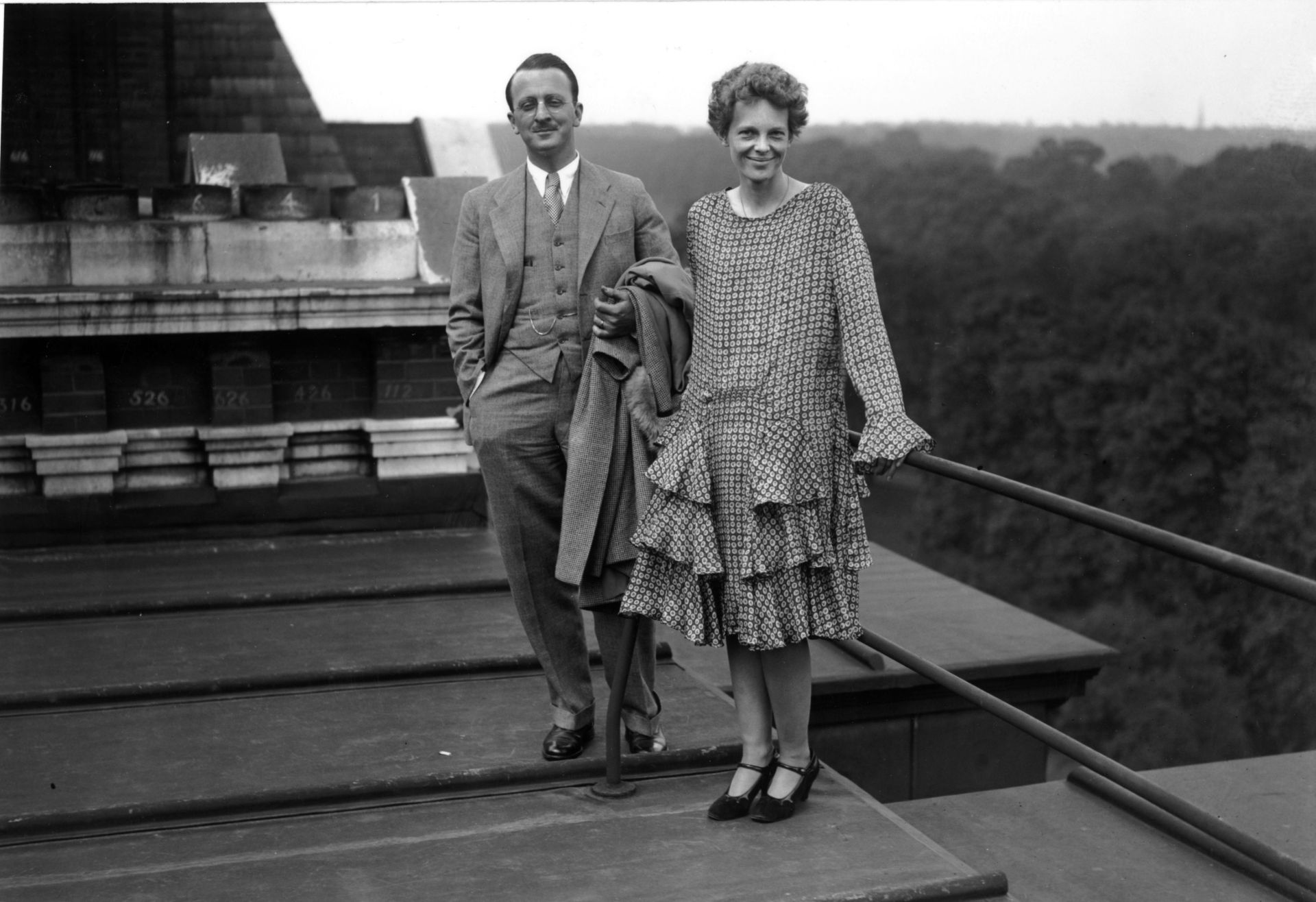 This drop-waist dress with ruffles—and sleeve ruffles—could easily be worn in 2017.
Getty Images 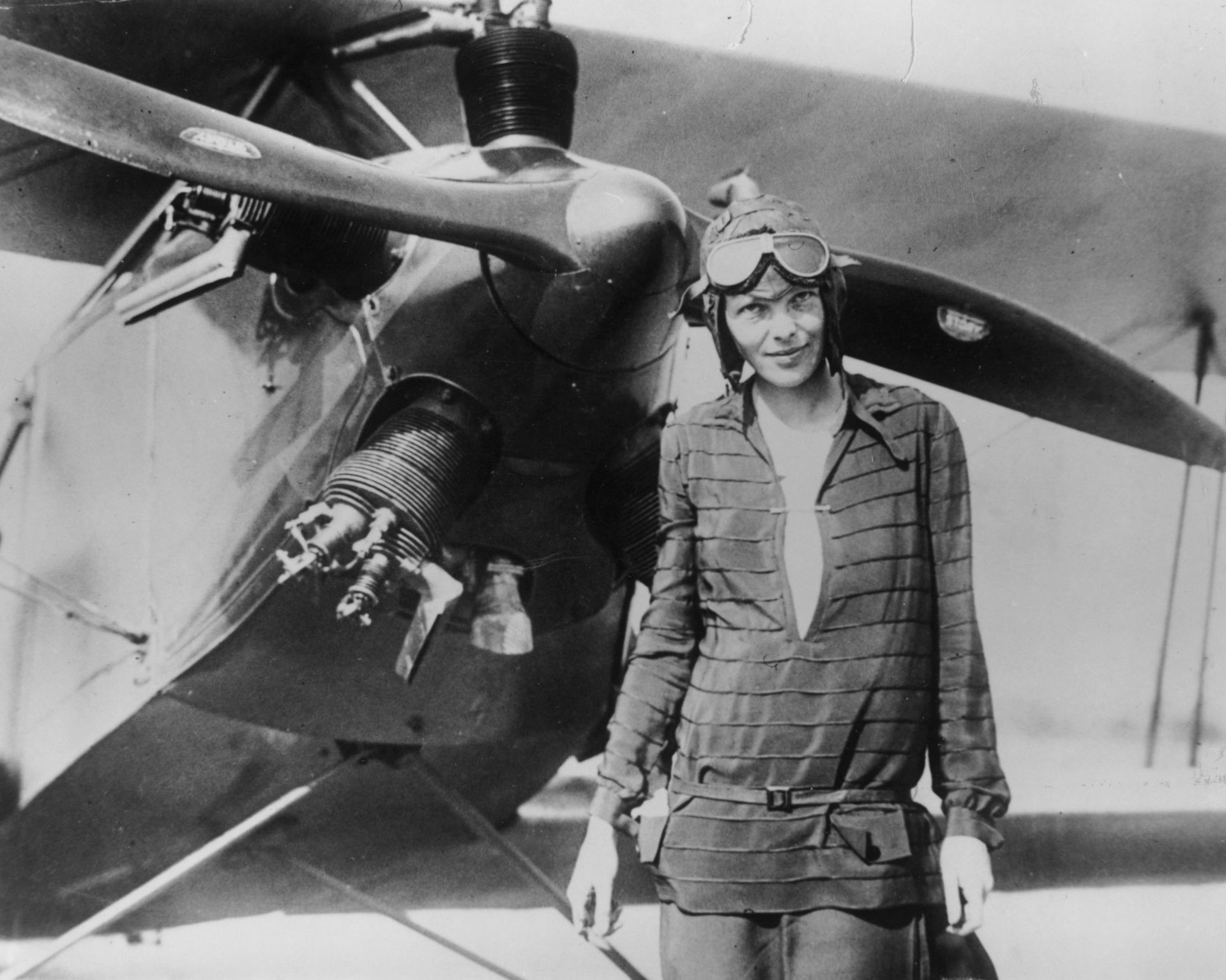 A tunic, plus that iconic cap and glasses prove that Earhart was most definitely a fashion icon.
Getty Images 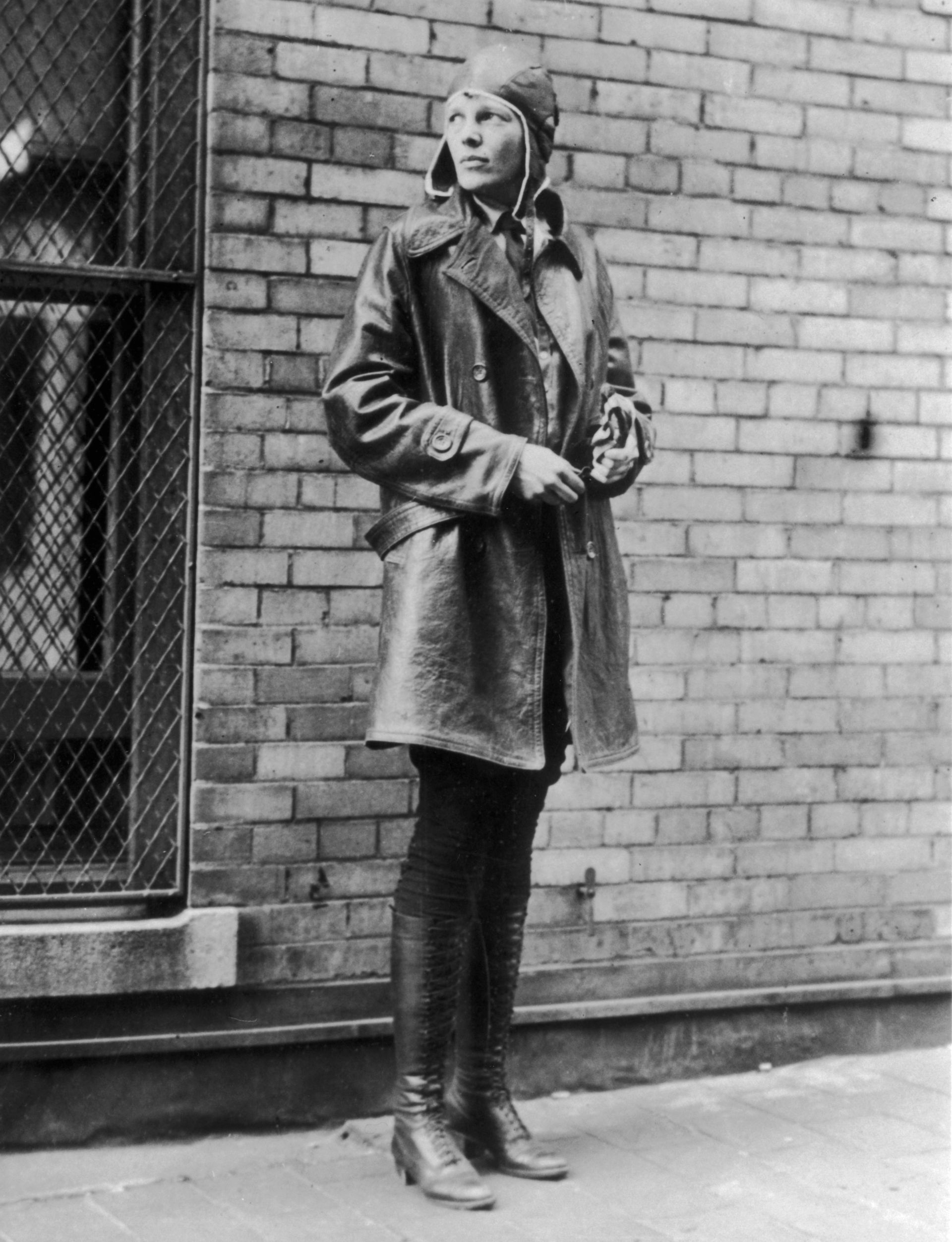 This combination of a leather trench and lace-up boots is rather striking on the trailblazing pilot.
Getty Images 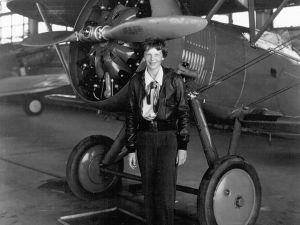 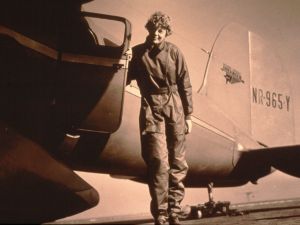 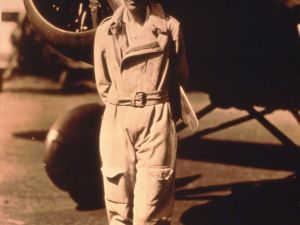 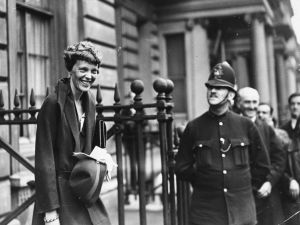 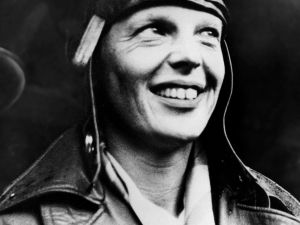 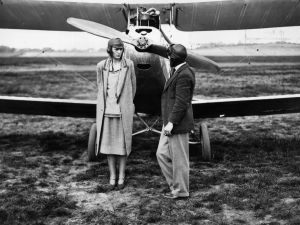 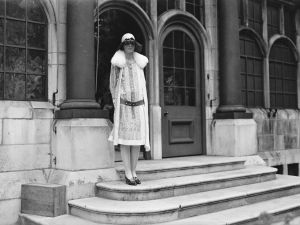 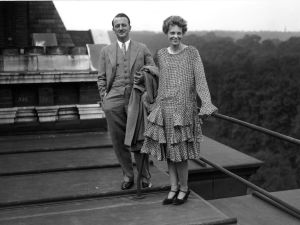 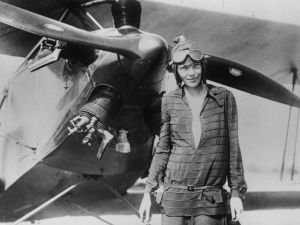 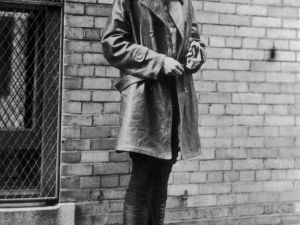 When Amelia Earhart vanished over the Pacific Ocean during an attempt to be the first woman to fly around the world on July 2, 1937—exactly 80 years ago today—she left behind a major legacy. She set plenty of records in the 20th century, as the 16th woman in the world to be issued a pilot’s license. She also holds the titles for being the first woman to fly across the Atlantic Ocean, the second person to fly solo across the Atlantic Ocean and the first person to fly solo from Hawaii to California.

As such a strong and daring female figure, one who has paved the way for countless aviatrix to follow, does it discredit Earhart’s accomplishments by calling her a fashion icon, too? The answer, quite plainly, is no. In fact, Earhart was named one of the best dressed women in America in 1934 by the Fashion Designers of America. For proof of that recognition, just look at her many impeccable outfit choices; from a silk drop-waist dress for a day at the races, a tweed skirt suit worn on an aviation excursion and even those rugged but functional flight suits.

In addition to her flying accomplishments and being a published author, an aviation editor for Cosmopolitan and the president of the Ninety-Nines, a society of female aviators, Earhart was also the first celebrity fashion designer. As a teen, she would design and make her own clothing, and she even invented a functional flying suit for women in 1929. It wasn’t until she met Elsa Schiaparelli, however, that her fashion line was founded in earnest. Earhart and her husband, publisher and publicist George Putnam, invited the fashion legend over for lunch, where they discussed how to create clothing for “active living,” per the Henry Ford Museum of American Innovation website.

Earhart and Putnam then got to work creating the line, named Amelia Earhart Fashions. The goal was to produce clothing that was affordable for women, but also functional for everyday wear—how sensible is that? The first collection, launched in 1933, included 25 outfits of separates, which was rare for that time. Naturally, the dresses, blouses, jackets and skirts were created with aviation inspired details, such as buttons in the shape of propellers and the use of parachute silk. While Earhart did have a penchant for fashion, creating great clothes wasn’t her only mission with this range; the pilot and her husband founded it as a source of funding for her flying endeavors.

Unfortunately, despite being carried in major stores such as R.H. Macy & Co. in New York and Marshall Field in Chicago, Amelia Earhart Fashions was not a success. Perhaps it was because the line was founded in the midst of the Great Depression, or maybe it was due to Earhart’s busy flying schedule, but the company swiftly met its downfall.

Even a failed fashion line couldn’t get Earhart down, as she continued to break barriers for women and achieve what was once considered to be impossible for females. She was the ultimate feminist icon of the early 20th century, who not only knew the value of a great outfit, but wanted women everywhere to know that it was possible to be courageous and well dressed, all at the same time.

Click through to see some of Earhart’s most inspiring, courageous and stylish looks.