London: Make no mistake. America and Russia are no longer on a collision course. The collisions have occurred and are continuing to occur. The question at hand is how bad will this confrontation grow and what can be done—if anything—to return this relationship to stability. One dismal answer could be nothing.

Despite America’s current anger over Russia’s intervention in Ukraine in 2014 and the seizure of Crimea worsened by interference in November’s presidential elections, the decay in relations did not happen overnight. Nor in fairness can Russia be held fully responsible. It takes two to sour a relationship.

To the degree the rot started, following the dissolution of the Soviet Union, the gradual expansion of NATO would become a Russian bête noir. Today, that expansion has become a major source of Russia’s grievances. George W. Bush’s unilateral abrogation of the Anti-Ballistic Missile Treaty in 2001 would ultimately contribute to the decline in the relationship. Before the invasion and occupation of Iraq in 2003, Russian President Vladimir Putin warned Bush of the dangers and foresaw some of the consequences that have turned the greater Middle East into a cauldron of danger and conflict.

In 2008 at the NATO heads of state and government summit held in Bucharest, Romania, Bush gratuitously extended alliance membership to Georgia and Ukraine. Putin told Bush that his offer could not stand. Bush ignored Putin believing that his offer would only occur in the distant future. Several months later, Russia set a trap in South Ossetia. The Georgian government sadly bit. The result was contested borders making Georgia legally ineligible for NATO membership.

The personal chemistry between Barack Obama and Vladimir Putin was never good. In 2011, the Obama administration joined NATO in overthrowing Muramar Qaddafi’s regime in Libya citing the “right to protect” the citizens of Benghazi from what was believed to be imminent slaughter at the hands of the government. Obama claimed America was “leading from behind,” recognizing that Britain and France were committed to the strikes. But Libya has since succumbed to civil war.

To Putin however, this was the last straw. Not only could America not be trusted; its interventions in Afghanistan, Iraq and now Libya had proven catastrophic. Russia thus determined that its interests were indeed to prevent America from doing what Obama called “stupid stuff.” When Bashar al Assad’s regime was in danger of falling, Russia intervened. The reason was not because Russia had traditionally supported Syria or that it favored Assad. From Russia’s perspective, chaos in Syria was not acceptable to its national interests and substantial Muslim population.

None of this commentary excuses Russian actions. However, the Ukrainian experience and the proof of Russian meddling in American elections have erased the historical record of 20 years of interactions that have put U.S.-Russian relations at their lowest point since the Cold War ended. Indeed, seemingly the only issue on which Republicans and Democrats agree is that Russia is now an “enemy.” The 98-2 Senate vote on increasing sanctions against Russia and the 100-0 vote reaffirming Article 5 of the NATO Treaty, which stipulates that an attack against one member is an attack against all, confirm this hostile view of Moscow.

Exacerbating these already tense relations are mutual misperceptions of each other’s strategic and military policies. Russia views the expansion of NATO as a threat to surround and contain it. It also greatly exaggerates NATO’s conventional military strength and is building up its theater nuclear weapons to counter it. Further, Moscow believes that NATO has plans to invade Kaliningrad, the Russian peninsula in the Baltic that is separated from Russia proper, which is absolute nonsense.

NATO believes that Russia could occupy the Baltics given how it has violated the rules based post-Cold War order in intervening in Ukraine, disrespecting national sovereignty and national borders. NATO worries about Russian military no-notice drills called Snap-exes and its military buildup. Further provocative maneuvers in international waters and air space made against NATO warships and aircraft fuels the worsening of relations. And mainstays of the Cold and post-Cold War strategic world in the forms of the Intermediate Nuclear Force Treaty and New Start are at risk. The consequence could be a new arms race.

In a rational world, the presidents of both countries should sit down and determine how to put these relationships back on track. While President Donald Trump may have had this idea in mind, unfortunately, the investigation into Russian electoral interference and the conduct of his associates along with the anti-Russian mood in Congress may prevent any breakthroughs.

My meetings in Moscow in late April and May and last week in Washington with a very senior Russian team reinforce this bleak assessment. It may well be that the only solution is for Trump to turn his iconoclastic personality loose on Putin and seize the opportunity to prevent the collisions and confrontations doing even more harm. The key questions are can he and will he? We will see.

Dr. Harlan Ullman has Served on the Senior Advisory Group for Supreme Allied Commander Europe (2004-2016) and is currently Senior Advisor at Washington D.C.’s Atlantic Council and Business Executives for National Security, chairman of two private companies and principal author of the doctrine of shock and awe. A former naval person, he commanded a destroyer in the Persian Gulf and led over 150 missions and operations in Vietnam as a Swift Boat skipper. His next book Anatomy of Failure:  Why America Loses Wars It Starts will be published in the fall. The writer can be reached on Twitter @harlankullman. 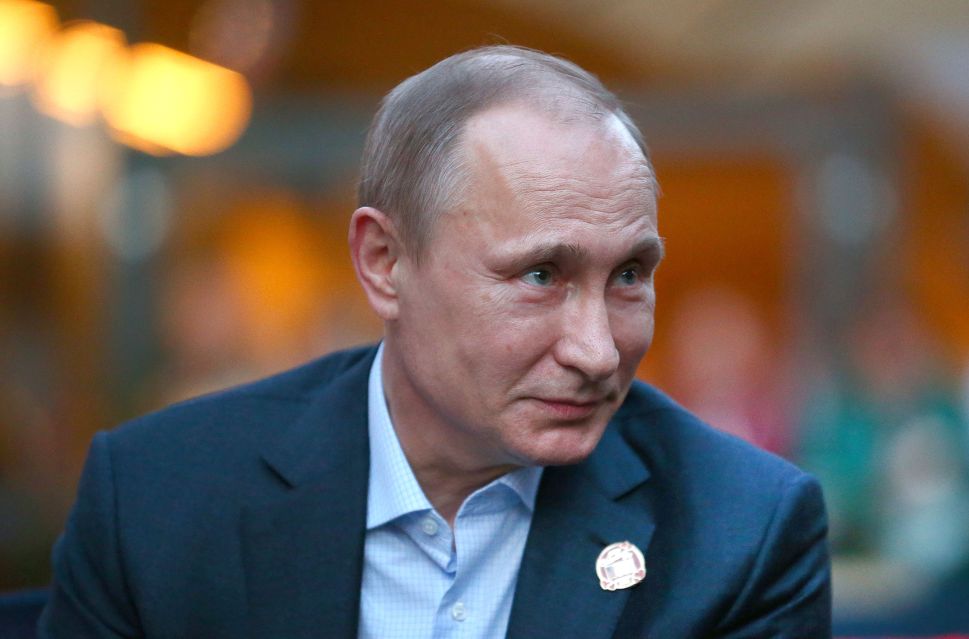