In the waves of publicity and commentary about any new Apple device, the line that always sets me off is: “It’s the best iPhone/iPad/Mac Apple has ever made!”

Well, duh. Technology marches on: Processors get faster, screens get better, memory and storage get cheaper. The news would be if the latest gadget wasn’t the best one Apple’s ever made.

It’s been less than 15 months since Apple released the 9.7-inch iPad Pro, which brought to the standard-sized iPad several features introduced on the gargantuan 12.9-inch model introduced in 2015. These included a new Smart Connector, simplifying the use of keyboards and other accessories, and support for the Apple Pencil for use with graphics and note-taking applications.

So what more does the latest iPad Pro bring to the table? Quite a bit, actually.

Start with the screen. Going from 9.7 inches to 10.5 inches doesn’t sound like much, but it translates into a 20 percent larger viewable area in a package that is essentially the same size. Apple achieved this by significantly shrinking the border around the display. The result is a tablet that’s infinitesimally wider and longer—just enough to render accessories designed for the 9.7-inch model incompatible—and barely an ounce heavier.

Having that extra space is nice, but the real difference is how the display behaves. Simply put: It’s a speedburner. Apple has doubled the maximum refresh rate the speed at which the screen redraws itself—and the results are obvious.

Swiping through screens of apps is incredibly fast and fluid. The tablet feels markedly more responsive to the touch of the Apple Pencil. Coupled with the upgraded A10X Fusion processor, apps open swiftly, scrolling is faster, and, though I don’t use the iPad for much gaming, I would imagine those who do are thrilled.

I did encounter one surprising, significant issue with the screen. After a few days of use, it developed intermittent striations: thin vertical lines running through the center of the display. My local Apple Store replaced it and the new one has been fine so far; Apple says it doesn’t know of similar problems with other units, and I haven’t found any reports of other people encountering them, so I’m willing to write it off as just one of those things.

Apple has upgraded a number of other features as well, while maintaining the previous Pro model’s 10-hour-or-so battery life. None of those other changes, though, come close to the display in terms of importance. There are better cameras, both front and rear; more internal memory for running applications; and the storage capacity now tops out at a whopping half a terabyte.

That’s not the only thing that’s whopping about the new iPad. There’s also the price—which brings us back to my earlier question about whether the world really needs this device.

The current standard, non-Pro iPad is by all measures an entirely polished and capable device. Yes, it still has the slower, 9.7-inch display, lacks the latest processor and the Smart Connector, and maxes out at 128 gigabytes of storage. But it is also an order of magnitude less expensive.

Indeed, the most expensive version of the standard iPad, which includes both WiFi and cellular service, is still $90 cheaper than the least expensive Pro, which has only a Wi-Fi connection, a paltry 64 gigabytes of storage and costs $649. The top of the line, kitted out with that half-terabyte (512 gigabytes) of storage and a cellular connection, will run you $1,079.

Add on Apple’s $159 Smart Keyboard cover, which I dislike only slightly less than I did on the previous iPad Pro, and you’re looking at over $1,200—a price tag that puts it in competition with the snazziest of modern laptop-tablet hybrids like Microsoft’s Surface Pro.

And while Apple has from the beginning pitched the iPad Pro line as a genuine laptop replacement, the operating system it runs, iOS, still lacks many of the features that would allow it to go head-to-head with Windows, such as an accessible file structure, drag-and-drop capabilities and better ways to switch between applications.

Many of those capabilities are promised for the next version of Apple’s mobile operating system, iOS 11, which won’t be released until the fall. That’s when the real battle with laptops will be joined.

So, yes, this is far and away the best iPad ever made. But it will be months before we’ll be able to see whether this shiny, speedy new hardware is worth anything close to what Apple is charging for it. 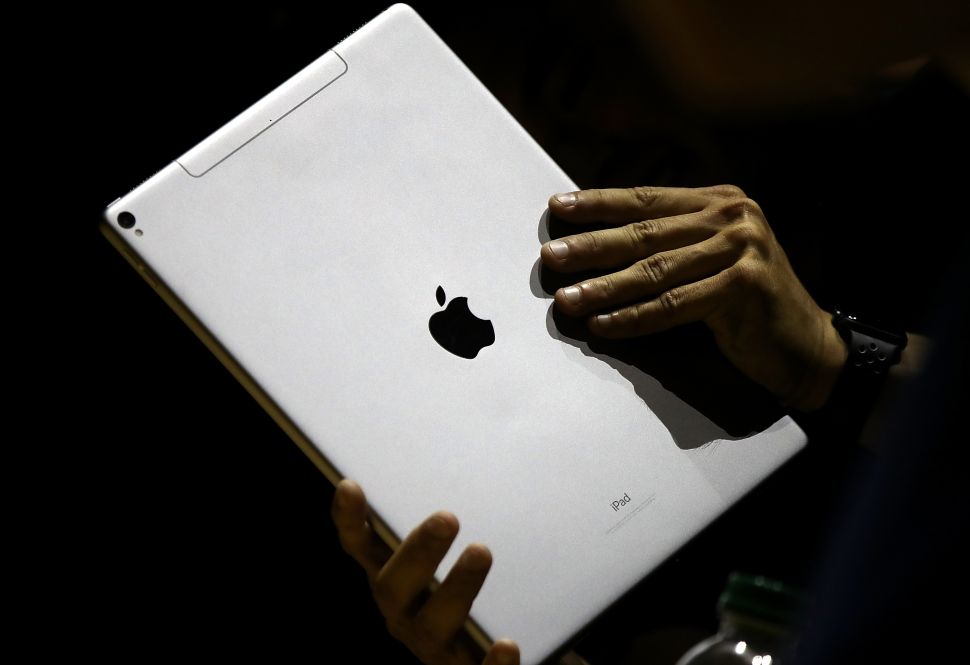