Apple Music’s new reality show Planet of the Apps, which features celebrities like Jessica Alba and Gwyneth Paltrow judging developers’ ideas, has already been criticized as “dull” and “awkward.” But a new ad campaign urging founders to “put everything on the line” has landed the show in the middle of the age-old debate on work-life balance.

It all started with this poster, which Planet of the Apps released yesterday as part of its promotional push:

Apple tweeted out Kemendo’s quote, but deleted it after a barrage of social media criticism and accusations that the company was showing off the worst of Silicon Valley:

planet of the apps just deleted this tweet but I screenshot it so we can commend his bravery for eternity pic.twitter.com/D5nYfhqYiC

Pathetic… even Apple is promoting workaholism now. Check out this ad for their Planet Of The Apps show. pic.twitter.com/PKn30pWWgn

Everyone, I present Dad of the year. 90% of fatherhood is showing up, FAIL. @AndrewKemendo pic.twitter.com/JdO2zdRjlS

Correction: That's a decision you CHOOSE to make… @AndrewKemendo pic.twitter.com/0swh2gjWjW

Kemendo told the Observer he was “surprised” by the passionate responses.

“While it’s true that I miss out on time with my family (like millions of Americans that work long hours to feed their families) it wasn’t a boast, just a fact,” he said.

Kemendo may only be considering this “fact” after his newfound notoriety, but it’s a reality many founders—especially female ones—face all the time. Our column She’s the Boss features kickass women entrepreneurs who fight the work-life balance battle on a daily basis. We’ve also talked to women in tech who missed out on investments simply because they were pregnant.

Startup culture and the gig economy as a whole have been accused of advocating workaholism. Earlier this year one of our writers faulted Fiverr, a freelance services marketplace aimed at “doers,” for a series of subway ads which advocated sleep deprivation and “eating coffee for lunch.” One of the campaign’s slogans was “Got an idea? Isn’t that cute.” 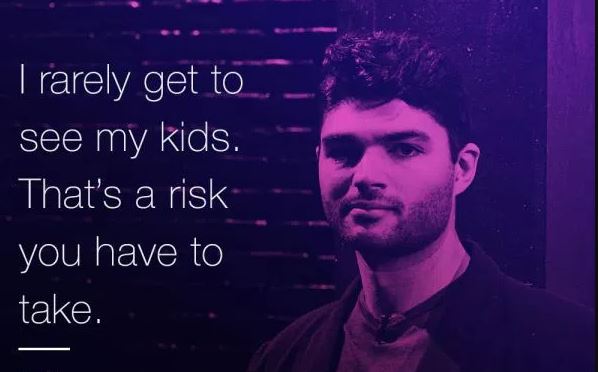