As the story goes, Robin Hood and his merry band of outlaws took refuge in Sherwood Forest, the very real royal woodlands in Nottinghamshire, England. From his hideout in the magnificent and ancient Major Oak tree, which is today a famous tourist attraction in the region, he led his followers to steal from the rich and give to the poor. But a few centuries prior to when Robin Hood led his campaign for fiscal equality, Sherwood was first occupied by another now-legendary band of outlaws: the Vikings. And now, after more than a decade of research, archaeologists believe they’ve finally been able to piece together the long-lost remains of a once hugely important Viking meeting site at the center of Robin Hood’s former stomping grounds, according to a report from local news site Notts TV.

Nestled in Birklands wood, one of the many woods that comprise Sherwood Forest, and atop Hanger Hill, are a series of monuments known as Thynghowe. The spot is a “Thing site,” a meeting place where Vikings convened, enacted laws and policies, and settled disputes. Iceland’s Þingvellir (Thingvellir) is perhaps the most well-known Viking Thing site, as well as the location of the Alþing (Althing) or the country’s first parliament. And if you’ve ever watched History Channel’s Vikings, even Kattegat had its own Thing site, where the fates of several beloved characters have been decided. (Ivar the Boneless, son of Ragnar Lodbrok and one of the leaders of the Great Heathen Army, is believed to have been buried in nearby Repton.)

Viking sites have been found all across the British Isles, the most significant being in Scotland, Ireland and the Faroe Islands. But further south, in the North East of England where the population fell under the Danelaw in the 9th century A.D., which gave the Viking’s governing power over that area of settled lands, Thing site discoveries have been more rare. That’s why Thynghowe is unique for its location, existing in an area where no other comparable sites have yet to be uncovered, says archaeologist Andy Gaunt of Mercian Archaeological Services, the group that has spearheaded a recently published study on the site, sponsored by the Forestry Commission. Their findings include a “Thing mound” (policies might have been announced and dictated from this feature), a circular enclosure dated to the Medieval or Saxon era that could be a Viking “court circle,” pot-boiler stones not unlike those used by the Romans, according to Gaunt, and a linguistic link between the nearby village of Budby and the Norse phrase “booth farm” which suggests it may have been a settlement where Vikings attending assemblies at Thynghowe would have stayed.

The site was initially rediscovered by local residents Stuart Reddish and Lynda Mallett in 2004, who have since founded the community action group The Friends of Thynghowe. Over a decade later, and Mercian’s Geophysical Magnetometer Survey findings are putting a spotlight on their discovery, and opening a window for new insight into Viking culture in Sherwood. “It was the group, their drive and passion, who have helped to find and protect this site,” Gaunt told me by phone.

In the summary for Mercian’s study, the group states: “preserved archaeological remains make the site of Thynghowe of great importance not only regionally, and nationally, but potentially internationally.”

“This is important because it’s quite pristine. It seems to have survived being in the middle of the Sherwood Forest,” Gaunt said. “The possibility that these features are preserved makes it quite special.”

“This monument complex of possible ‘assembly features’ could be unique in terms of preservation anywhere in England, and possibly anywhere in Northern Europe and around the Viking Diaspora,” states Mercian in the press release for the study. While surveying and some excavation sponsored through the Heritage Lottery Fund has been done at the site, the organization says there are possibly more features yet to be discovered.

“There’s not really an equivalent,” Gaunt said, of any other known Thyng sites throughout England. “[It’s] a big part of the Viking story.”

“We can stand on that hill and know we’re standing where Vikings stood. There are not many places in the U.K. where you can say that,” he explained.

The next step for Gaunt, the team at Mercian and the Friends of Thynghowe is to wait for the results of further scientific testing from local universities, and to make their study widely available to scholars and all those interested in learning about the Vikings’ history in Sherwood.

“This is the Viking part of the story of Sherwood Forest,” he says. Between the Saxons and Medieval period, Gaunt explained, Thynghowe provides “another layer of that magical story.” 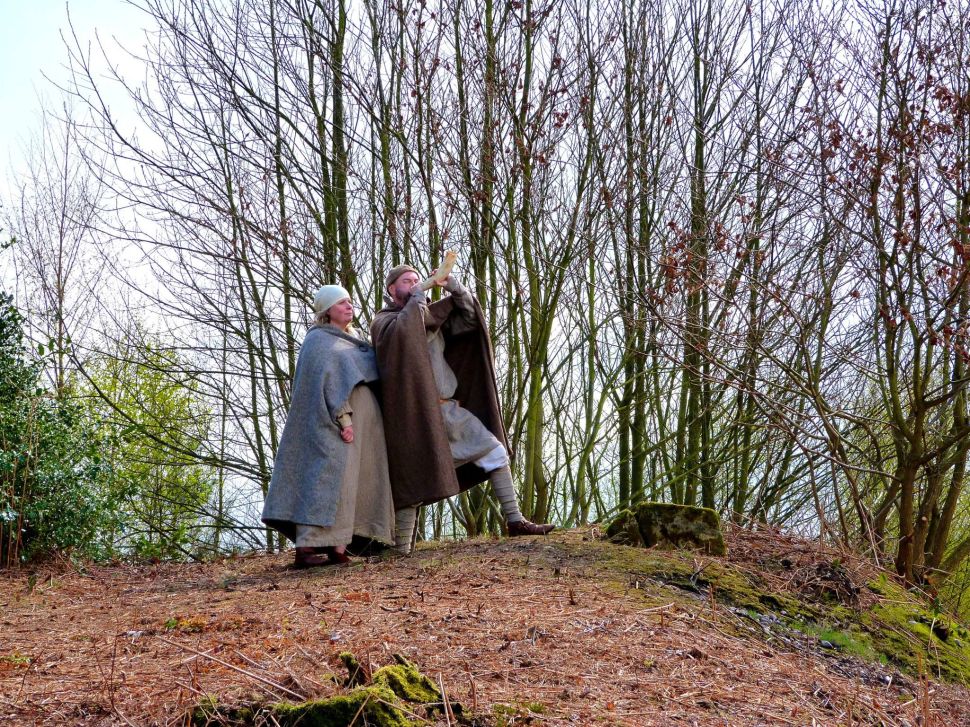