On June 1, Sen. Chuck Grassley wrote a letter to Secretary of State Rex Tillerson initiating a Senate investigation into recent news claims from Bangladesh government officials that Hillary Clinton, while serving as secretary of state, pressured the Bangladesh prime minister to end an investigation into Clinton Foundation donor Dr. Muhammad Yunus. In May 2016, the Daily Caller reported that the son of Bangladesh Prime Minister Sheik Hasina, who has lived in the United States for 17 years, alleged that Hillary Clinton threatened an IRS audit if he failed to influence his mother to halt the investigation. The prime minister’s office told Circa “that Mrs. Clinton called her office in March 2011 to demand that Dr. Muhammed Yunus, a 2006 Nobel Peace prize winner, be restored to his role as chairman of the country’s most famous microcredit bank, Grameen Bank.” Dr. Yunus was accused of diverting millions of dollars of charitable aid to other parts of Grameen Bank. His foundations donated at least $100,000 to the Clinton Global Initiative and at least $25,000 to the Clinton Foundation. In turn, the Clintons provided Dr. Yunus with 18 grants, contracts and loans to two of his foundations, helped lobby for his 2006 Nobel Peace Prize, and another controversial Clinton Foundation donor, Rajiv Shah, donated $24 million to Dr. Yunus’ foundations.

The Associated Press reported Yunus “met with Clinton three times and talked with her by phone during a period when Bangladeshi government authorities investigated his oversight of a nonprofit bank and ultimately pressured him to resign from the bank’s board. Throughout the process, he pleaded for help in messages routed to Clinton, and she ordered aides to find ways to assist him.” Dr. Yunus was removed from his position at Grameen Bank in 2013.

Sen. Grassley wrote in his letter to Secretary of State Tillerson, “If the Secretary of State used her position to intervene in an independent investigation by a sovereign government simply because of a personal and financial relationship stemming from the Clinton Foundation rather than the legitimate foreign policy interests of the United States, then that would be unacceptable.” He demanded to see any records related to the State Department’s involvement in this matter while Clinton served as secretary of state, in addition to making Deputy Chief of Mission to Bangladesh Joe Danilowicz available to interview by the Senate Judiciary Committee.

Attached to the letter were some of Hillary Clinton’s emails related to the controversy, but the majority of the communications were redacted due to the content being classified.

The Clintons continue to be a source of controversy for the Democratic Party. These latest revelations regarding the Clinton Foundation reaffirm that the Clinton’s carry baggage of corruption and scandal, becoming a liability for their party. The Democratic Party’s ties to the Clintons provide an abundant source of easy targets for opponents to exploit and distract from the issues that currently engulf the Trump administration and Congress. From Bill Clinton’s scandal riddled presidency to Hillary Clinton’s questionable foreign policy decisions and the corporate washing of the Clinton Foundation, the Clintons provide Republicans with endless easy blows. As long as Hillary Clinton remains in the spotlight, the Democratic Party enables their opposition’s victory. 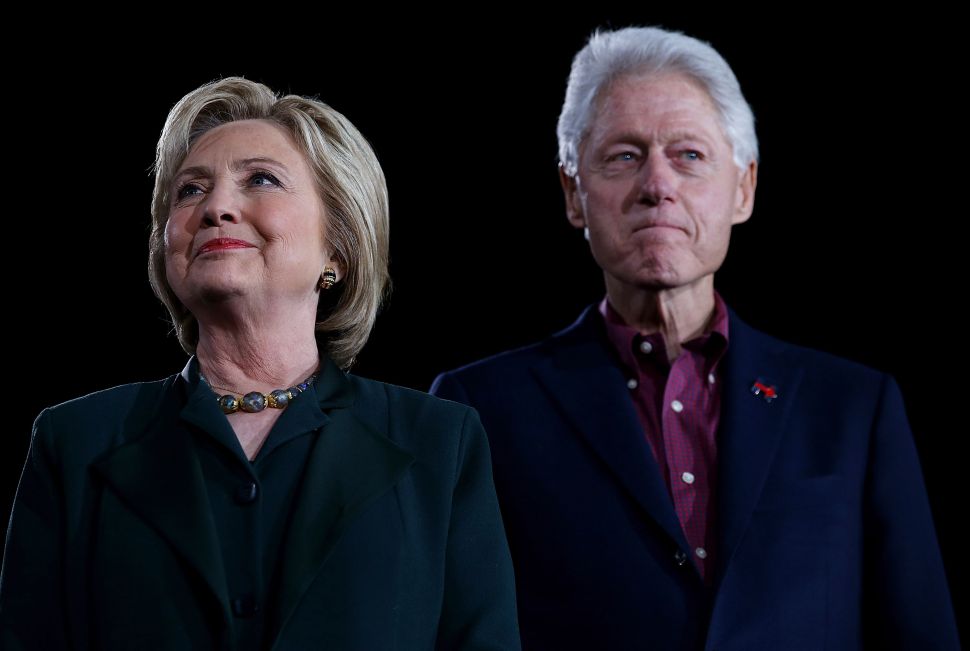