NEWARK- Some of the state’s most influential Democrats including Democratic gubernatorial candidate Phil Murphy, state party Chairman John Currie and Essex County Executive Joe DiVincenzo stood with Newark Mayor Ras Baraka on Thursday as the incumbent announced his 2018 re-election campaign from the steps of City Hall.

For Baraka — who first ran for mayor in 2014 when now U.S. Sen. Cory Booker left office— Thursday’s showing was a vast departure from support he received during the 2014 race. In that race, New Jersey’s Democratic establishment was divided between Baraka and his competitor Shavar Jeffries. At the time, Baraka had endorsements from the likes of former Gov. Dick Codey and Jersey City Mayor Steve Fulop while Jeffries got the support of Rep. Donald Payne, Jr and state Sen. Teresa Ruiz.

Baraka said that he is proud of the unity the Democratic party has achieved during his tenure, something that he feels is of extra importance with President Donald Trump in the White House.

“We have a president that is going to poise himself to be opposed to many of the things we are trying to do in the city of Newark,” Baraka said. “We don’t have time to be on a lonely island, we need to be together.”

DiVincenzo was one of those Democrats who in 2014 opted to back Jeffries instead of Baraka. Like Baraka, DiVincenzo touted the unity of Essex County Democrats on Thursday.

“Mayor Ras Baraka not only puts Newark first, but he puts the residents first 24/7,” DiVincenzo said. The county executive applauded the work Baraka has done as mayor and said that his re-election is critical to keep the city moving forward.

The Newark municipal election will not be held until May 2018 but, according to Murphy, Baraka and his slate are wise to kick off the campaign early. Murphy launched his gubernatorial campaign in May 2016, a year and a half before the November 2017 election. That early start allowed Murphy to score endorsements and knock out Democratic competition, cutting what was once predicted to become a competitive primary short.

“I think it is brilliant to get out there this early,” Murphy said of Baraka. “As Newark goes, so does the state of New Jersey. I wouldn’t be anywhere else today.” 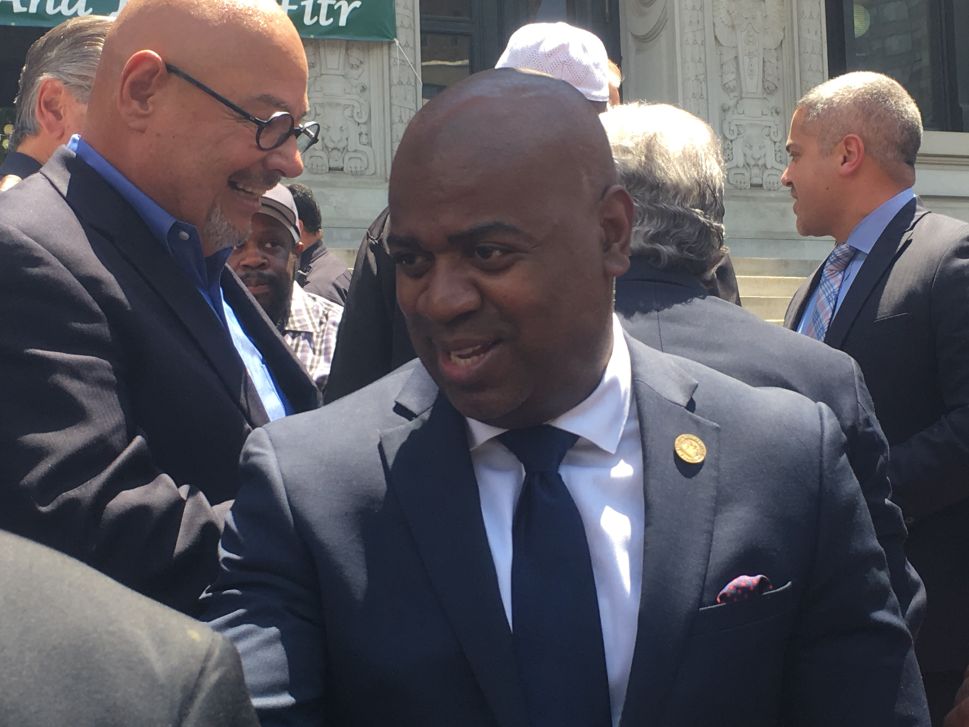