With a presence in more than 75% of households with a television, BET, or as it’s formally known, Black Entertainment Television, is a prominent television network with programming geared toward an African-American audience.

Now, the channel is making strides into the original scripted programming foray and has a new late-night series coming soon.

At a recent event held at the Paley Center for Media in Los Angeles, BET’s Chairman and Chief Executive Officer, Debra Lee, and Will Packer, Executive Producer of one of BET’s most successful scripted series, Being Mary Jane, sat down to discuss the future of the network. The event was part of the Paley Center’s Media Council Dialogues series and was moderated by Robin Thede, a writer/producer who credits include The Nightly Show with Larry Wilmore.

Packer started the evening off by saying, “It’s an amazing privilege to create content for black audiences, and an incredible burden. [That’s because] you’re the hardest on your own family right?”

Lee explained the net’s reasoning for advancing into the arena of scripted television, saying, “We did it mainly because the audience wanted it. When I came onboard at BET 12 Years ago, we were primarily a music video channel. We wanted to own our own brand. We wanted our network to look like any other network, like ABC or CBS. It took us a while to get there because TV shows cost money.

To accomplish this goal, BET took the first step of acquiring the series The Game, from The CW. While the CW had canceled the series, about football players, their families and their lives off the field, after three seasons, it still took a lot of work to bring the series to the network. BET finally struck a deal and began producing new episodes. Upon its return to the air, the series scored a record-breaking 7.7 million viewers. When it ended in 2015, it was still drawing millions of viewers.

Currently on the air, Packer’s series, Being Mary Jane, which follows the professional and personal life of successful TV news anchor Mary Jane Paul, is set to start it’s fifth season in July.

BET isn’t alone in African-American television market and there is a healthy rivalry among its contenders, revealed Lee. “You know, ABC doesn’t sell CBS promo time,“ she said with a laugh, but quickly turned more serious as she added, “We’re all in this together and I want everyone to do well, but it’s a completive business. We’re all in it to win it. So you do have to be realistic.”

In a light-hearted manner, Lee went on to tell an interesting story about encountering one of those competitors. ““Puffy {Sean Combs] came up to me at a party and said, ‘I’m starting a black network,’ and I said, ‘that’s great, good luck.’ He said, ‘I want you to be my mentor,’ and then he said, ‘you don’t look happy,’ and I said, ‘you just told me that you’re starting a network to compete with me. I wish you luck.’”

On the heels of this, Lee was quick to add, “But the great thing about having competitors is that we don’t have to be all things to all people. There’s room for all kinds of content.”

As they expand their slate of programming, BET will be adding two new entities – Tales and The Rundown with Robin Thede.

Tales is a scripted series that delves into classic and contemporary hip-hop songs, through story-telling and lyrical play.

Thede explained that her new show is, “going to be the kind of the stuff you get from John Oliver and Samantha Bee, but also with sketch comedy and music. BET is all about setting the trends not following them so this will be no different.”

The new series will also be unique in that it will be the only late night show fronted by an African American woman. About this Thede said, “In late night TV it’s been so white for so long behind the scenes and in front of the camera. I’m honored that BET is giving this show a home.”

Thede referring to other post-PM hosts added, with a big laugh, “The late night Jimmy’s won’t do what I’m going to do!”

Lee said moving in this direction was a natural fit for the network because, “we know that our audience is a late night audience.”

Discussing the current model of streaming series, Lee said, “At first it felt like found money because they wanted library product – shows that you hadn’t aired in a long time. But then they started asking for current stuff. Then they taught us how to binge. But [what you have to realize is that] if a show airs on Tuesday and you don’t watch in three days we don’t get credit for it.”

She sais that binge-watching has changed the landscape dramatically, pointing to BET’s current series Real Husbands of Hollywood, the net’s ‘fake reality’ show about married celebrities, as an example. “People let the episodes stack up and then they watch it on Netflix. It’s one of the top shows on Netflix, which is great for Netflix, but not so much for us.”

Lee admitted that as executive she hates the concept and network costs associated with bingeing, but as a consumer she loves it. She says that the practice has her network, and most likely others as well, grappling with the dilemma – Do you want to have your content readily available to your audience and keep consumers happy, or do you want to push your ratings higher?

To this, Lee said, “Ultimately, we want our content everywhere, we want you to watch it when you want to watch it, but we want to also have higher ratings and stay in business.” 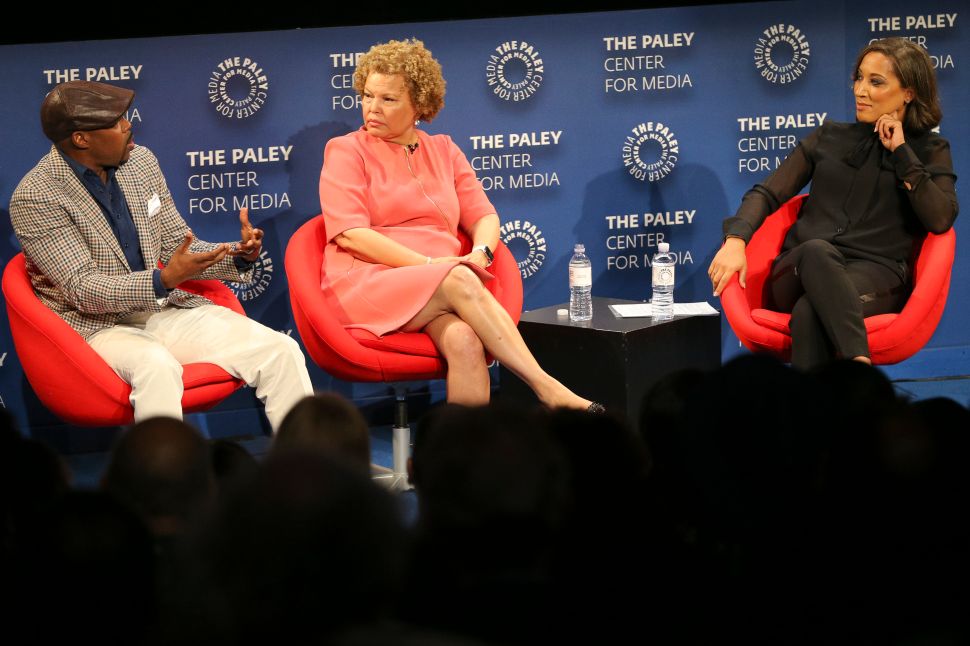