“To our four-corner strategy!” So goes the toast proposed by Mesa Verde head honcho Kevin to his right-hand woman Paige and attorney Kim as they dine out to celebrate their success and plan its next stages. On “Slip,” this week’s episode of Better Call Saul, the show does the good banker one better. It rotates between fully five functionally separate storylines, starring Jimmy McGill, Mike Ehrmantraut, Chuck McGill, Kim Wexler, and Nacho Varga respectively. Such is the strength of the series, the least flashy top-tier drama on television right now, and of the performances given by Bob Odenkirk, Jonathan Banks, Michael McKean, Rhea Seehorn, and Michale Mando, that I’d happily watch a spinoff starring any one of those five characters exclusively.

Let’s take them one at a time. We’ll start with Jimmy, who begins the episode with a flashback in which he and his old Oliver Hardy–lookin’ partner in crime break into his family’s defunct convenience store to snag the cache of semi-rare coins he pillaged from the cash register. His dad, he explains to his somewhat grossed-out confederate, was such a pathetic softie that he’d refuse to take advantage of the good fortune that fell into his lap when such coins were unwittingly given to him as payment. Only a sucker works late nights and long hours when there’s a shortcut available.

True to form, Saul—excuse me, I mean Jimmy—spends the rest of the episode pulling fast ones. Justifiably infuriated when the owners of the music store for whom he shot a commercial gratis dump him in favor of making ads on their own, he goes back into his old Slippin’ Jimmy mode and fakes an accident by slipping on a stray drumstick he himself deposited on the floor. Unfortunately, he’s not in good slippin’ shape, and winds up hurting his back for real. But the pain is worth it: Jimmy not only parlays his injury into bilking the owners (Randy and Jason Sklar in a heck of a cameo) out of a signed Ritchie Blackmore guitar on which he (badly) attempts to play “Smoke on the ,” but also uses his legal knowledge to steamroll his community-service supervisor into letting him rest on the job and letting a fellow convict go visit his sick kid and still keep his hours. His eye for the needs of your local drug dealer in this latter matter proves sharp indeed—even slingers who carry a couple grand in their sock need legal advice when they’ve got to go see their daughter in the hospital, y’know?

Next up is Mike, who in a bizarre way is the conscience of the show. He spends a beautifully scored and shot sequence fishing around the desert with a metal detector in order to dig up and call in the corpse of the good-samaritan passerby whom Hector Salmanca had executed when he got mixed up with Mike’s disruption of the Salamanca Family’s supply line. He then makes the deal with the devil that closes the episode: a handshake agreement with chilly drug kingpin Gus Fring to help launder the money he’s made from various illegal odd jobs. If there’s an actor on television who understands “less is more” more intuitively than Jonathan Banks…well, they’d probably be invisible.

Corner number three is occupied by Michael McKean’s Chuck McGill, who’s spent three years making it impossible to ever look at Lenny Kosnowski or David St. Hubbins the same way again. We discover that the aversion therapy he’s adopted to cure himself of his psychosomatic allergy to electromagnetism is paying dividends, allowing him to get closer and closer to living a normal life. The grand plans for his future—a return to trying cases in court, a wild welcome-back party with guests “spilling out on to the lawn”—that he rattles off for his doctor, played once again by welcome guest star Clea DuVall, are touching in their optimism, as is his pride when his partner Howard Hamlin swings by and sees him returning from a successful trip to the supermarket.

But there’s brutal heartbreak here, too. Howard’s visit is business, not personal: He’s there to discuss his mentally ill friend’s malpractice insurance. And as Chuck puts it to the doc: “This condition—to me it’s as real as that chair, it’s as real as this house, it’s as real as you. But what if it’s not? What if it’s all in my head? And if that’s true, if it’s not real, then what have I done?” Five years ago, if you’d told, I dunno, basically anyone that the Breaking Bad prequel would be in large part about one of the guys from Spinal Tap dealing with electromagnetic Morgellon’s, and that you’d give a shit, you’d have been laughed out of the room. Yet here we are.

Our fourth hero is Kim Wexler, who ought to be enjoying herself a lot more than she is. She won Jimmy’s case before the bar, and her sole client is so thrilled with her work that they’re willing to recommend her to a friend in the oil game, trusting her to do whatever she feels is best for their business. But she’s haunted by Howard (Patrick Fabian, who brilliantly plays the character’s every move as if his true motives are obscured by wealth and power like they’re some kind of magical shroud), who pops up unexpectedly to guilt-trip her over her dismantling of Chuck on the stand and the subsequent mess she’s made for their firm’s reputation. She writes him a check for the law-school bill HHM paid on her behalf, and he spitefully tears it up. Later, she offers to pick up the ailing Jimmy’s half of their shared bills and he refuses, leading her to take on the oil company’s business herself instead of recommending a client. No one wants to accept her largesse, so she reacts by becoming more self-sacrificing than ever in the face of their intransigence. Knowing what we know about Jimmy’s future, that’s a worrying trend.

Fifth and finally, we have Nacho, whose portrayal by Michael Mando remains an instruction manual for minimalism. The guy has a very straightforward mission throughout the episode: replace Hector Salamanca’s heart medication with a placebo in hopes that he’ll die before he can conduct a hostile takeover of Nacho’s beloved father’s upholstery business, then re-replace the meds before he gets caught. In service of this storyline, writer Heather Marion and director Adam Bernstein gift Nacho with the kind of painstaking process shots usually reserved for Mike: We watch him fill up individual capsules with junk meds, practice planting the pill bottle in an unattended jacket, sabotage the AC at Hector’s HQ in order to force him to remove his jacket, and then go through the big switcheroo for real, hands trembling and body sweating the entire time.

There’s a marvelous moment in the middle of it all when, after an all-nighter spent learning how to replace the pills, Nacho’s dad shows up to open the family business and finds his son already there. His father’s proud to see his son taking an interest in the biz. As his old man walks away, Nacho looks at him with a gaze of pure love. Contrast this, or Mike’s sacrifice for his own family, with how relative do-gooders Chuck and Jimmy have treated their flesh and blood. The killers care and the lawyers wield their grudges like knives. 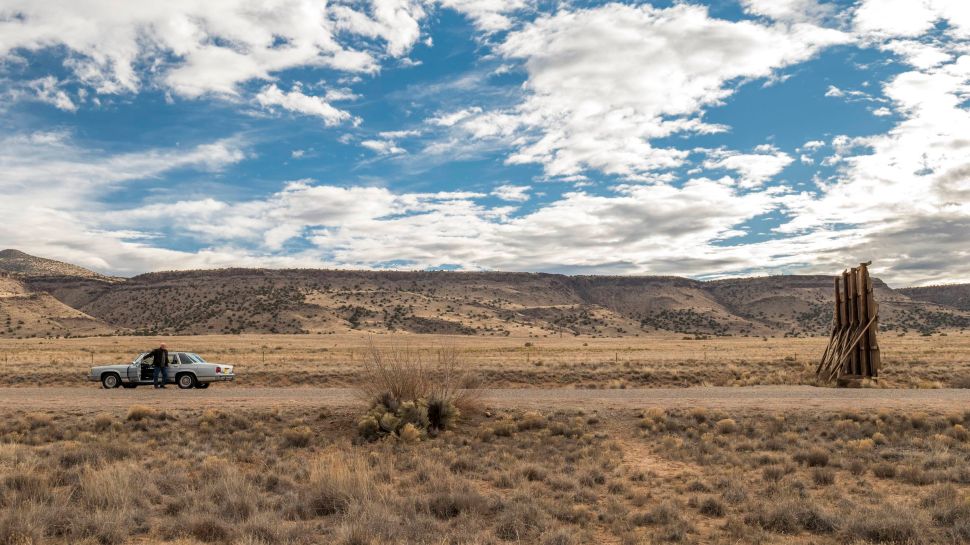