Fifty years ago, on May 30, 1967, Biafrans seceded from Nigeria, and declared their own state. The Nigerian government refused to accept the secession and responded by launching a war on Biafra in July 1967. The assault included a blockade of the nascent state, and resulted in the genocide of more than two million Biafrans, many of whom were children who starved to death because of the blockade. After three years of war, the nascent state of Biafra ceased to exist.

Biafrans are an indigenous African people, who are ethnically predominantly Igbo. The territories that constitute present-day Nigeria became a British colony in 1914, merging a number of different indigenous African peoples in the artificial construct of Nigeria, among them the Biafrans. In 1960, Nigeria became independent, retaining the artificial shape left over from British colonization.

Most likely, you will have heard nothing about this Biafran anniversary, nor about the peaceful efforts of Biafrans today to bring about an independent Biafra and the Nigerian government’s brutal suppression of those efforts. The media is not covering it, universities and think tanks are not hosting conferences about it, the United Nations Human Rights Council is not passing resolutions about it, and human rights activists and social justice warriors are not marching in the streets for Biafra. The world community is universally and shamefully silent on the plight of the Biafrans.

Amnesty International is practically the only human rights organization to have taken any significant interest in Biafra and to have documented some of the numerous human rights abuses perpetrated against Biafrans by Nigerian forces: arbitrary arrests, torture and murder.

Amnesty’s latest comprehensive report on Biafra was released in November 2016. The report confirmed that the government of Nigeria is killing peaceful activists from the movement for an independent Biafra (IPOB). Between August 2015 and August 2016, Nigerian security forces killed at least 150 people in a deliberate crack down on peaceful IPOB activists, culminating in a mass killing of at least 60 activists in the space of two days in connection with events to mark Biafra Remembrance Day on May 30 2016. The report mentioned  “…a pattern of hundreds of arbitrary arrests and ill-treatment by soldiers during and after IPOB events, including arrests of wounded victims in hospital, and torture and other ill-treatment of detainees.”

One 26-year-old man told Amnesty International that he was shot and hid in a gutter. When soldiers found him, they poured acid on him. “I covered my face. I would have been blind by now. He poured acid on my hands. My hands and body started burning. The flesh was burning… They dragged me out of the gutter. They said I’ll die slowly.”

A 28-year-old mother told Amnesty International that her husband left in the morning to go to work but called her shortly afterwards to say that the military had shot him in his abdomen. He said he was in a military vehicle with six others, four of whom were already dead. “He started whispering and said they just stopped [the vehicle]. He was scared they would kill the remaining three of them that were alive… He paused and told me they were coming closer. I heard gunshots and I did not hear a word from him after that.” She later found his body in a mortuary.

Another witness told Amnesty International that on the morning of 30 May he saw soldiers open fire on a group of around 20 men and boys aged between 15 and 45. He says five of them were killed. “I saw one boy trying to answer a question. He immediately raised his hands, but the soldiers opened fire…He lay down, lifeless. I saw this myself.” Military officers loaded men with wounds into one van, and corpses into another. Later that morning, another witness described how police shot a child bystander as a group of young men protested the shootings.

This year, for Biafra Remembrance Day on May 30, 2017, Biafra activists marked the anniversary by staying at home.

For those who claim to care about human rights, Biafra should be a no-brainer: A clear-cut example of former Western colonization, the genocide of the 1967-70 war, and the Buhari government’s constant persecution and oppression of Biafran’s right to self-determination. However, Western social justice activists, such as the Black Lives Matter movement and its supporters, couldn’t care less about Biafra. It does not figure on their lists of priorities, it is never mentioned, it is as if Biafrans did not exist. Why don’t all black lives, including those of Biafrans, matter? 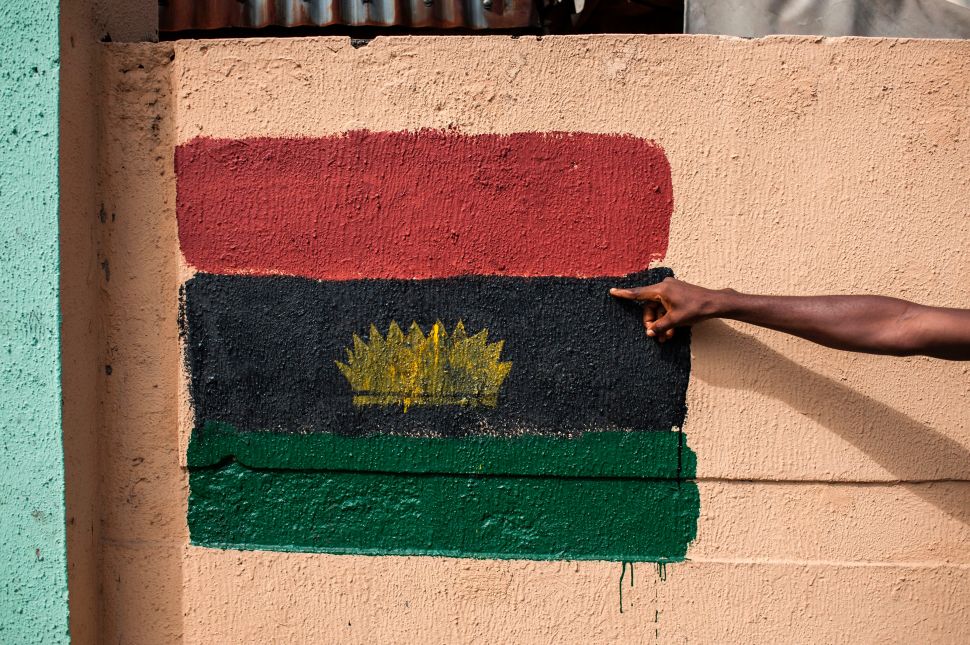