An exhausted-sounding Mayor Bill de Blasio said he would raise no objection to the appointment of Lynne Patton—a professional event planner and former Vice President of the Eric Trump Foundation—to the New York-New Jersey office of the U.S. Department of Housing and Urban Development, saying the country is “through the looking glass” and he needed to ensure the continued flow of federal subsidies to the city’s low-income tenants.

The Observer first reported that Patton was a favorite for the vacant post of HUD Region II administrator in an exclusive on Wednesday. The Daily News confirmed the Observer’s report with a front page story this morning President Donald Trump had appointed her to the post, which had sat vacant since January.

de Blasio, who held the job himself during the Clinton administration, voiced shock but not opposition at the selection of an individual with no background in urban policy to lead the office.

“Never heard of her before, and it’s surprising to say the least,” the liberal Democratic mayor said in his weekly “Ask the Mayor” segment on WNYC. “Like many things in the Trump universe, we’re dealing with things we’ve never seen here before.”

Nonetheless, the mayor said he would seek to foster a strong and amicable relationship with Patton. He noted that HUD provides funding for some 600,000 people across the five boroughs who either live in New York City Housing Authority developments or in Section 8 housing.

De Blasio alluded to an outstanding invitation he had extended to HUD Secretary Dr. Ben Carson, another housing neophyte at the agency, to visit the city’s low-income buildings.

Host Brian Lehrer expressed astonishment that the mayor did not protest the move. De Blasio responded with a plea of helplessness and resignation.

“We’re past that point. We’re through the looking glass here in terms of so many things we’re seeing in the Trump administration,” he said. “I think it’s great for us to try and strive for normalcy, but I think it would be foolish to expect it. We will work with whoever they name as best we can.”

The Eric Trump Foundation came under the scrutiny of state Attorney General Eric Schneiderman following a Forbes report that—contrary to claims to donors—the family business charged the charity for the use of its golf courses for fundraising events. Thus, hundreds of thousands of dollars intended for children’s cancer research instead went into the coffers of the Trump Organization.

The family real estate business also owns a multi-million-dollar stake in Brooklyn’s Starrett City complex, which is on a HUD-funded Section 8 contract. Any attempt to sell the massive development would require the federal agency’s approval.

Patton, an African-American woman, is a close Trump family associate who created a viral YouTube video defending the mogul against charges of racism. She  addressed the Republican National Convention last July.

She also oversaw arrangements for Eric Trump’s wedding to Lara Yunaska in 2014. 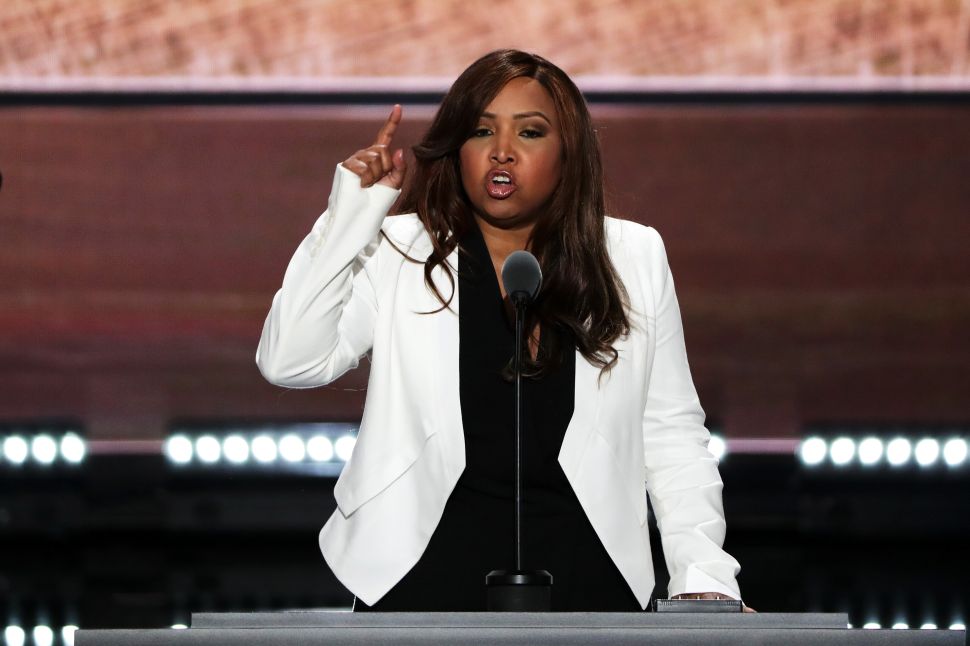