Mayor Bill de Blasio said last night that the Republican leadership of the New York State Senate should drop all its bargaining and counter-offers over the renewal of mayoral control of schools—and just restore it for another year or more before the Albany legislative session expires on June 21.

Speaking during his weekly “Mondays with the Mayor” segment on NY1, de Blasio asserted that the system—which the state granted to Mayor Michael Bloomberg in 2002—should be above the “transactional dynamic” that dominates other debates in the capital. State Senate Majority Leader John Flanagan, a Republican from Long Island, proposed three measures yesterday that would maintain the arrangement: one that would extend it five years, but include a controversial tax deduction for private school tuition, while the other two would exchange one- or two-year renewals in exchange for enlarging charter schools.

De Blasio and the Democratic Assembly, both aligned with teachers unions, strongly oppose those riders.

“Well, if they’re putting that on the table, they obviously know mayoral control works,” de Blasio told host Errol Louis. “The Assembly has made clear that’s a trade they would not take, and they shouldn’t have to. Let’s decide mayoral control on its merits.”

Mayoral control briefly lapsed in 2009, thanks to opposition from the then-Democratic State Senate, but was ultimately renewed for a five year span. However, since de Blasio has been in office, the GOP State Senate has only granted one-year extensions—many believe out of animosity toward the liberal leader, who aggressively campaigned to flip the chamber back to the Democrats in 2014.

De Blasio highlighted a roughly 20 point improvement in graduation rates since the program’s instatement, and slammed Flanagan for politicizing the issue.

Flanagan’s spokesman did not immediately respond to requests for comment. De Blasio voiced confidence the State Senate would grant an extension.

“We’ve been down this road a few times, and each time, mayoral control was ultimately ratified,” he said. “Every time the issue comes up, it has been renewed, and why? Because it works.” 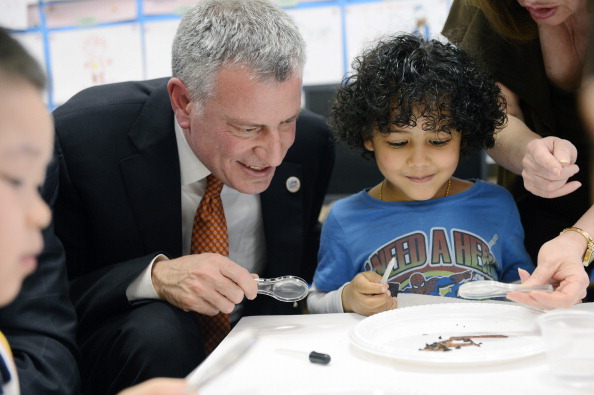