A Metropolitan Transportation Authority board member nominated by Mayor Bill de Blasio attacked the administration’s policy of zealously pursuing fare evaders—and endorsed a piece of legislation that would force the police department to regularly reveal how many people it cuffs and fines for the low-level crime.

David Jones—who the State Senate confirmed last June and whose term concludes in June 2020—appeared at a press conference with Queens Councilman Rory Lancman and legal services providers where Lancman revealed that he is drafting legislation that would mandate that the NYPD release data quarterly on the number of fare evasion arrests and summonses.

Jones, president and CEO of the anti-poverty Community Service Society of New York, projected the five boroughs would see 24,000 arrests of turnstile jumpers by the end of this year, most of them involving low-income blacks and Latinos—a situation he compared to the plight of the poor in the 19th Century French novel Les Miserables.

“This is Victor Hugo all over again, stealing bread and chasing people but it’s also a disturbing use of our NYPD officers to go to Police Academy and to have as your major responsibility chasing fare evaders in the subway system when we have terrorist threats that are happening in other parts of the world,” he said. “When we have people being shoved in front of trains, when we have assaults and all sorts of critical things that the rider and the public are concerned about—that this should be the emphasis is wrong.”

Lancman’s bill would also require the NYPD to break down fare evasion arrest information by precinct, the subway station in which the arrest was made, race and gender. Jones vowed to lobby the mayor to support the measure.

“Nothing is gonna be easy for us and this is the start of a campaign,” he said. “But I’m on the MTA board until 2020 and I’m gonna fight this ’til the day I leave.”

The NYPD had initially refused to hand over arrest data on turnstile jumping despite multiple requests by Jones, who had warned of disproportionate targeting in minority communities.

Jones told that, on speaking to the NYPD, he found that there was “at first some resistance” but an overall “willingness to talk about this.”

But he reiterated that they have different roles, noting that he has worked on issues of poverty for 31 years and that “this is becoming an issue.” He also pointed to a report by the mayor that indicated that one of the chief reasons for the increase in poverty in New York City is transportation.

“I think the Council members rightfully say this is also an issue for elected officials, particularly because this is not spread evenly throughout the city,” he said. “There are certain Council districts that are being hit tremendously hard by this and others virtually nothing.”

Jones’ comments come amid continued pressure from activists and some elected officials on the mayor to end the city’s use of the “broken windows” policing method that targets smaller crimes in an effort to stave off larger ones.

The NYPD told the Observer it is “more transparent now than any time in its history,” and would investigate whether it had the capacity to break down fare arrest data in the way Lancman’s proposal calls for. The mayor’s office highlighted that only repeat offenders and individuals with outstanding warrants are subject to arrest for fare evasion. 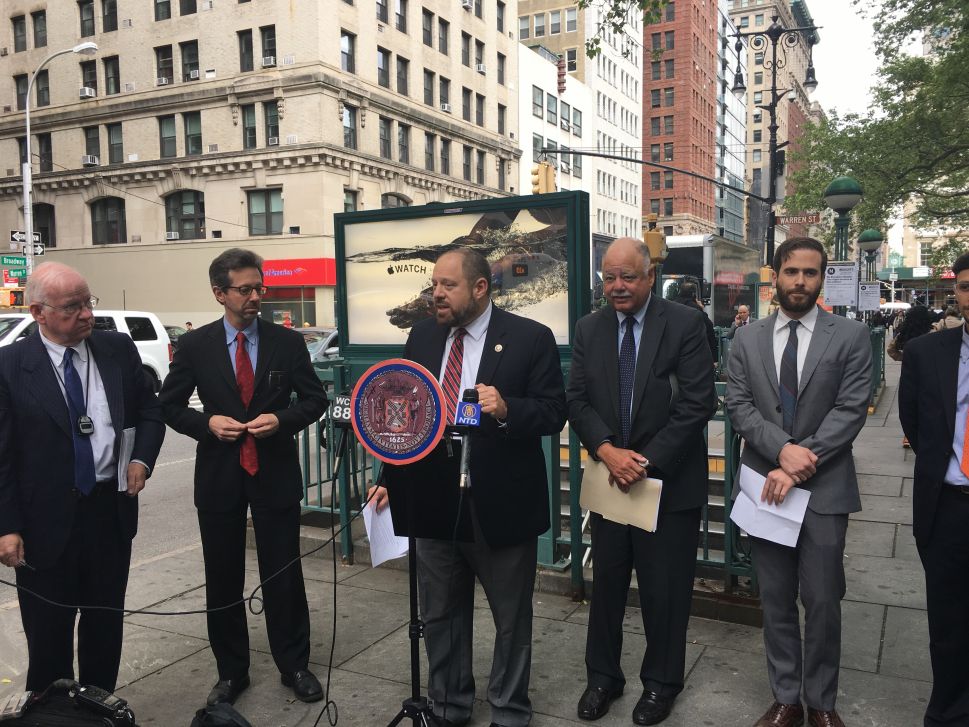