The resignation of Paul Nuttall as UKIP leader and the risk posed to Brexit has dragged Nigel Farage back into British politics. It is now inevitable that he will take control of UKIP for the fourth time. But what’s next for the party that demanded—and won—the Brexit referendum?

Paul Nuttall wasn’t as bad as people perceive him to be; it’s hard to preside over a party in terminal decline. The UKIP was was never a real party. Rather, it was a mechanism to bring about change. Once the change was made, the party had nothing to live for.

But the need to secure Brexit and return power to the people is back, and the UKIP team must be ready to respond. My understanding is that Farage and Ian Paisley have already spoken. Presumably, they agreed there should be “no surrender” on Brexit.

They are natural allies who agree on democracy, patriotism, and a return to traditional British values. They are also tactically in the same space, knowing that only a Conservative government would ever consider giving them what they want.

The DUP have 10 MPs, three peers, countless councillors, and the right to the Premiership of Northern Ireland. UKIP have Farage, a genuine political A-lister loved by traditionalists. UKIP also has access to Arron Bank’s remarkably deep pockets and the support of media outlets like the Daily Express and Breitbart.

If the two parties were to merge, they would be a genuine UK-wide third party with safe seats, a solid party membership, and real power. The DUP’s entrenched status in Northern Ireland is just what UKIP needs to bring stability in changing times. Add Farage into the mix and things start to look very attractive indeed.

For those unsure about the policy platform, read this helpful list of DUP policies from the Guido Fawkes blog. The party also has a long-standing commitment to make it illegal to protest the homecoming parades for our troops.

The DUP campaigned for Brexit, although it wants to ensure that cross-border trade with the Republic of Ireland is maintained. This isn’t far from the what UKIP wants; essentially a free trade deal could cover every issue specific to Ireland.

Most importantly of all, the Conservative government cannot pass laws without the DUP. If Mrs. May goes weak and wobbly on Brexit, the DUP can steady her. If she tries to implement her awful policy of stripping dementia sufferers of their homes, the DUP can stop her. The Irish will also have the power to help Brexit by supporting leadership candidates like David Davis getting the keys to Downing Street, earning them the undying loyalty of the new PM.

If Farage steps up to the plate, then the DUP should do so, too. I suspect Mr. Banks would be happy to sweeten the deal with some glass and a steel five star office.

And who could argue with the name of the new party, “The United Kingdom Party.” 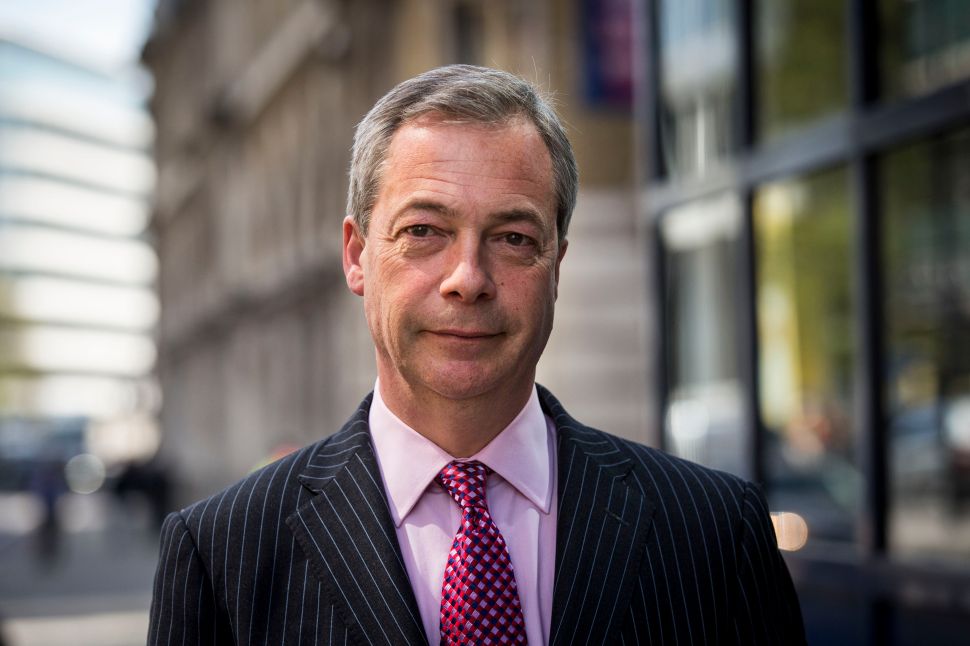