The ideological rift within the Democratic Party was on full display in the race for California Democratic Party chair in May 2017. Kimberly Ellis, though a former Clinton supporter, gained the support of Bernie Sanders‘ progressive wing, while the party’s establishment lined up behind Los Angeles County Democratic Party Chair Eric Bauman. In a recent podcast with Jonathan Tasini, Ellis revealed that during a meeting a few weeks after she announced her campaign for the California Democratic Party chair position, party insiders asked her, “Who the hell do you think you are running for this?” during a private dinner. She was told her campaign would be political suicide. The insiders threatened to personally participate in “politically murdering” her. In line with their behavior in other contests between these two factions, the party’s establishment used corrupt, undemocratic tactics to ensure their preferred candidate, Bauman, won.

In response to the controversy surrounding the election, Ellis formally challenged the results. On June 21, Ellis issued a press release confirming that ineligible votes swung the election in Bauman’s favor, officially calling the results into question.

“Initial inquiries into nearly 300 questionable ballots in the unsettled May 20 contest for state Democratic Party chair show that Eric Bauman was named the winner based on ineligible votes and votes of dubious authenticity that may be set aside upon further review. Bauman benefited from several votes cast by non-Democrats, in clear violation of Party rules,” the press release stated. “Excluding the more than 200 ballots with signature mismatches and questions around dues-payment eligibility requirements, at least 47 ballots for Bauman in the chair’s contest were ineligible or bear the hallmarks of organized manipulation. More than 30 ballots for Bauman should have been, but were not, disqualified. Several Bauman proxy votes, or ballots cast in the name of Democratic delegates who were not present, came from people who were not qualified under Party eligibility standards to cast ballots, were not registered to vote, or who were not registered as Democrats.”

The ineligible votes cast that counted toward Bauman included those cast by individuals who weren’t registered Democrats, cast by proxy voters without proper paperwork filed to do so, and several other proxy violations. Ellis lost the race by 62 votes. Nearly 3,000 California delegates—mostly party insiders—voted. The Los Angeles Times and several delegates have joined Ellis’ call for an independent audit of the election results. The party establishment’s refusal to comply indicates possible wrongdoing.

This wouldn’t be the first time that party insiders have subverted attempts by grassroots activists to reform the party. In February 2017, former Secretary of Labor Tom Perez was selected to stop Congressman Keith Ellison, who was supported by Bernie Sanders, from becoming the new chair of the DNC. In an article for Harper’s Magazine, Nebraska Democratic Party Chair Jane Kleeb stated that the Iowa delegation was threatened to be stripped of their position as the first state to vote in the Democratic presidential primaries if they didn’t vote for Perez, who was handpicked by Obama.

It appears the establishment employed similar dirty politics to ensure Eric Bauman’s victory. Ellis added in her press release, “With votes from ineligible voters playing such a pivotal role in the outcome of the election, a thorough, impartial and independent review of the ballots and related materials takes on added importance. The California Democratic Party owes its leaders, its millions of members statewide, and its future nothing less.” 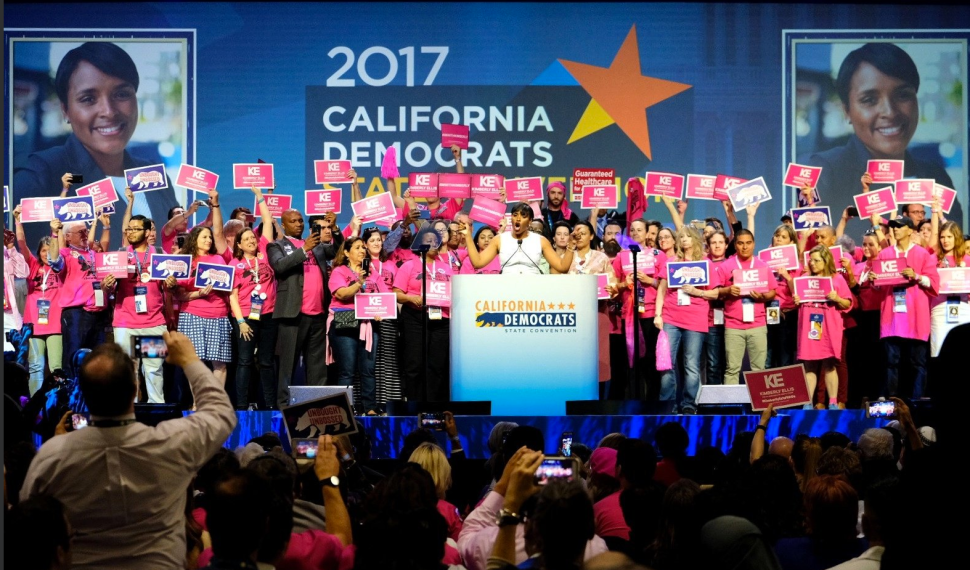