It was just a week ago that Today Show anchor Matt Lauer lowered the price of his massive Sag Harbor estate; now Christie Brinkley is following suit.

The supermodel is discounting her sprawling North Haven property by $5 million. Still, considering she was first asking $25 million for the five-bedroom, 5.5-bath home when she originally listed the home in October 2016, it’s not like the historic residence is a steal.

“This is the best property in the Hamptons. You can walk to town and have a charming, vibrant harbor view,” Brinkley told the New York Post. “The sunsets behind the house illuminate the Harbor view in front of you, making every evening a special sunset event.”

The 5,500-square-foot home was originally built in 1843, and there are still period details such as columns covering two façades, wide plank old pine floors, three fireplaces and the oak banister. The three-story home boasts views (think about those sunset photo ops) from almost every rom, according to the now $20 million listing held by Douglas Elliman broker Enzo Morabito.

Brinkley said she wants to sell the home because she hasn’t “had the time to use the house as much as I used to.”

She bought the Colonial home for $7.15 million in 2004, and she actually listed it a few years ago, in 2010, for $15.75 million, before decided to take it off the market and complete a few renovations. Still, Morabito told Town & Country the home needs some “TLC,” and if “it didn’t need work, I would list it for around $40 million.” So maybe it is a bargain after all…

The kitchen is fitted with soapstone and marble counters, and there are two dining rooms, a living room, sitting room and a great room. The master suite has it’s own sitting room, as well as a bath and a private terrace.

Perhaps one of the most desirable features of 1 Fahys Road is the 327 feet of coveted beach frontage, and there is also a bayside gunite pool and lush green gardens on the 4.44-acre Hamptons property.

It’s not the only Hamptons property Brinkley is trying to sell, though, as she’s still trying to offload her massive Bridgehampton estate, Tower Hill. The model listed that 11,037-square-foot  home in June 2016, and it has lingered on the market for a staggering $29.5 million. 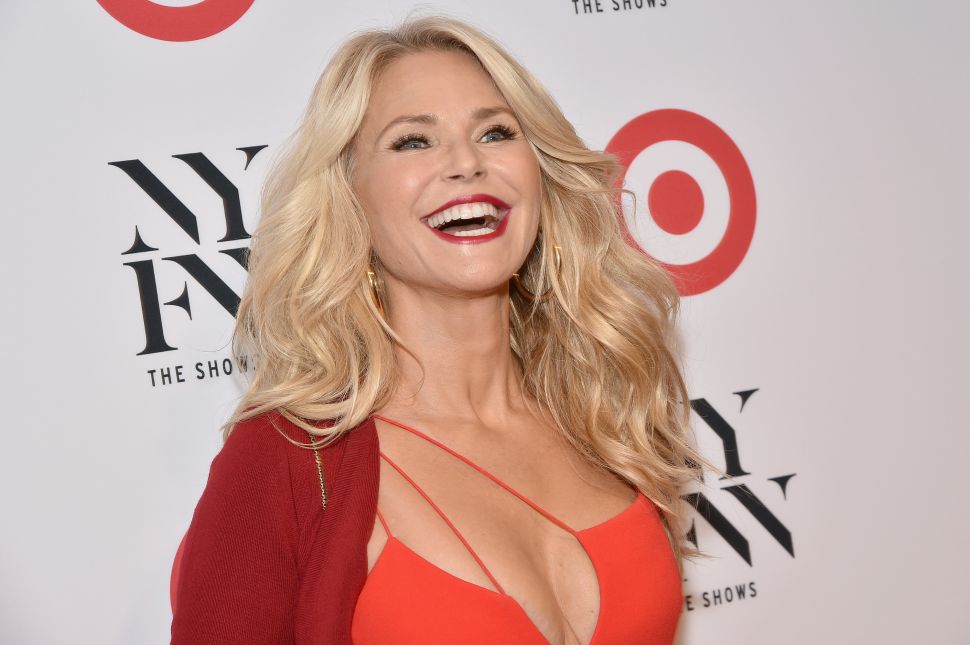