The state could divert millions of dollars from environmental remediation this year before voters have a chance to decide whether to prohibit such budgetary raids, according to a state lawmaker and environmental advocacy groups.

Gov. Chris Christie’s proposed $35 billion budget for fiscal 2018 includes a provision that places a $50 million cap on how much money won from natural resource damage settlements can go into an environmental site cleanup fund. For settlements larger than $50 million, any amount above that threshold would go into the state’s general fund.

This is the third straight year the state budget has included such language. But the provision takes on special significance this year, because $225 million from a settlement with ExxonMobil is currently in escrow and could become subject to that budget language, said Assemblyman John McKeon (D-Essex).

In that scenario, $175 million of that settlement money would go to the general fund.

The state agreed in 2015 to settle with the oil company for $225 million after initially seeking $8.9 billion in a lawsuit over alleged damage Exxon caused in wetlands, marshes and waterways in Bayonne and Linden. The money has been in escrow amid litigation over the controversial settlement.

“It’s been two years since that case settled so by now it should be pretty close to being finalized so it can come out of escrow,” McKeon said. “I think that’s a likelihood in the upcoming fiscal year.”

Voters in November will consider a ballot question that asks whether the state should end the practice of raiding the environmental cleanup account. State lawmakers overwhelmingly approved the ballot question by a 28-8 vote in the Senate and 56-18 in the Assembly with three abstentions on Dec. 19.

Environmental advocacy groups, led by the New Jersey League of Conservation Voters, recently wrote a letter to leadership in the Legislature urging that the $50 million cap be removed so that environmental settlements can be deposited in full into the Hazardous Discharge Site Cleanup Fund.

“By putting the question on the ballot, the Legislature has determined diverting these funds is a big enough problem, that voters should have the opportunity to constitutionally protect” settlement funds, the letter said. “By leaving the governor’s language in the budget, the Legislature is giving the administration one last chance to improperly divert funds away from communities before they are able to have their voices heard on this matter.”

“They can’t control themselves from reaching into the cookie jar,” he said of state officials. “It’s really unfortunate. This is money that communities could use to restore the environment.”

McKeon said he was working with Assembly Speaker Vincent Prieto (D-Hudson) and Assembly Budget Chairman Gary Schaer (D-Passaic) to “temper that language” in the proposed budget.

“I know my caucus is of like mind and we’re going to see we if we can, before we get to a final product, it will have some language to the contrary,” McKeon said.

Democrats control both houses of the Legislature and can remove any language before passing the annual budget. Christie can line-item veto any spending and language before signing the budget into law, but he cannot restore anything that lawmakers have deleted. 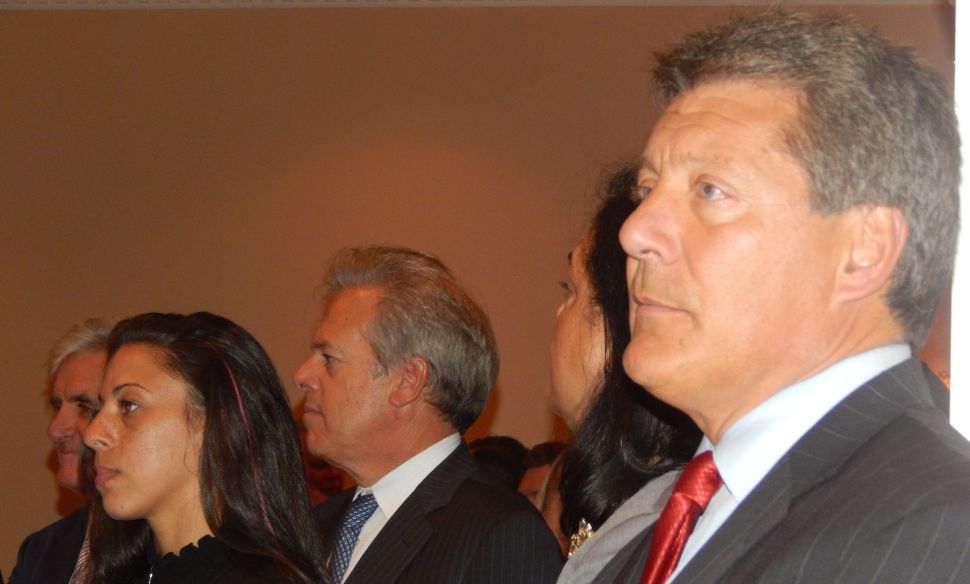