New Jersey Sen. Cory Booker used his address to a Manhattan audience today to push back on the popular anti-President Donald Trump slogan “this is not normal”—asserting that the lack of federal gun control laws and the phenomenon of mass incarceration have made the United States an outlier in the industrialized world for decades.

The Democratic senator and former Newark mayor was one of a number of politicians to grace the stage at the Personal Democracy Forum today, a summit to discuss the impact of technology on American civic life. Booker praised the gathering’s organizers, but took issue with a line in the program that characterized the present political situation as “not normal”—asserting that conditions have long been “not normal” in his home city and other majority-minority communities across the country.

“To say that the election of Donald Trump marked the beginning of an abnormal time is what gets me upset,” he said, recalling a shooting on his own block two days ago. “There’s shootings on blocks in America every single day. There are people being murdered in our city—in our country—every single day. And we have normalized it.”

“I’ve been to too many funerals, watching people mourn and grieve over what has become normalized in America,” he said.

This is an issue, he asserted, “seen nowhere else on the planet Earth.” The junior senator from the Garden State highlighted studies finding that the majority of firearm owners support background checks for all weapons purchases and similar measures to prevent criminals from gaining access to guns.

“In America, we have a carnage that belongs in war zones that goes on in our own streets, in our own communities, usually poor communities and communities of color,” he said. “What fires me up is we have the capacity to stop it as a nation.”

Booker asserted that the other American aberration is its globe-topping prison population—the consequence, he claimed, of the draconian punishments young nonwhites face for nearly all crimes, and for drug offenses in particular. He recalled how the white youth he grew up with in Bergen County and attended Stanford University alongside committed break-ins and used illicit substances with few consequences.

This he contrasted with the fate of low-income minorities, many of whom he argued choose to take plea deals rather than fight spurious charges in court just so they can avoid jail time and the threat of solitary confinement. But even those who escape imprisonment wind up with their records permanently scarred and stained.

“This is a dark cancerous shape that hangs over our country that’s become normalized. So outrageous, so despicable that it mocks the words that you say, ‘liberty and justice for all,'” he said. “We tolerate injustices that other countries call torture, where we round up children and put them in places like Rikers Island, shoving them in solitary confinement.”

“This is normal in America. And what does it do to communities like mine, or Chicago, or Detroit?” he added.

The country’s status as “incarceration capital of the world” has political consequences, Booker claimed, since felons permanently lose their right to vote in the swing states like Florida, Iowa and Virginia.

“In the last election, we’d be saying hello to President [Hillary] Clinton. But you know what? One out of five black people in Florida cannot vote because of felony disenfranchisement,” he said. “There’s a whole lot that’s not normal in America, and it didn’t start with the toxicity that was elected president of the United States.”

Appearing at the forum hours before Booker was another rumored 2020 Democratic contender: Sen. Kirsten Gillibrand. 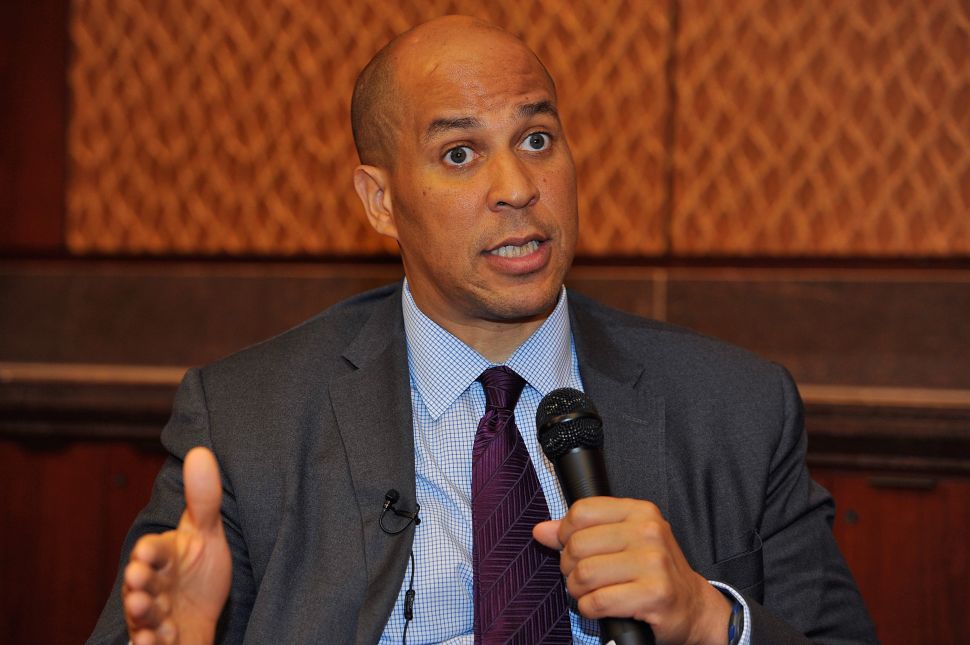