NEWARK — U.S. Sen. Cory Booker is fired up about President Trump’s decision to withdraw the United States from the Paris climate agreement, charging that the move will have an outsize impact on communities of color.

“This is not about global warming for them simply, this is not about melting of ice caps to them simply — this is about the health of our children and the economic opportunity for our communities,” Booker said Friday at a news conference where he was joined by Reps. Albio Sires (D-8) and Bonnie Watson Coleman (D-12).

A former mayor of Newark, Booker said the city’s children are especially at risk by a rollback of climate regulations and by abandoning the gas emission standards in the Paris agreement. Due to air quality issues, the asthma rate in the Brick City is three times what it is in suburban communities, he said. The city’s population is majority black, with a large number of Hispanics.

“African American communities are losing across the board under Donald Trump,” Booker said. “This is where the battle begins.” He added that all low-income communities are at risk, including Latinos and Native Americans.

Sires, who represents an urban and heavily Latino district in North Jersey, said Trump’s decisions in office have been “careless and ridiculous.” Parts of Trump’s proposed budget that slash funding from transportation and welfare programs would hit urban districts especially hard, he said.

“Communities where we live, we become a second-tier community,” Sires said. “I can promise you that this budget will be taken apart by us. This budget will not get a vote unless there are changes.”

Newark Mayor Ras Baraka, a Democrat, said cities like his are relying on the Republican-controlled Congress to keep their communities safe and healthy during Trump’s administration.

“This is a matter of life and death for the residents here of the city of Newark,” Baraka said. 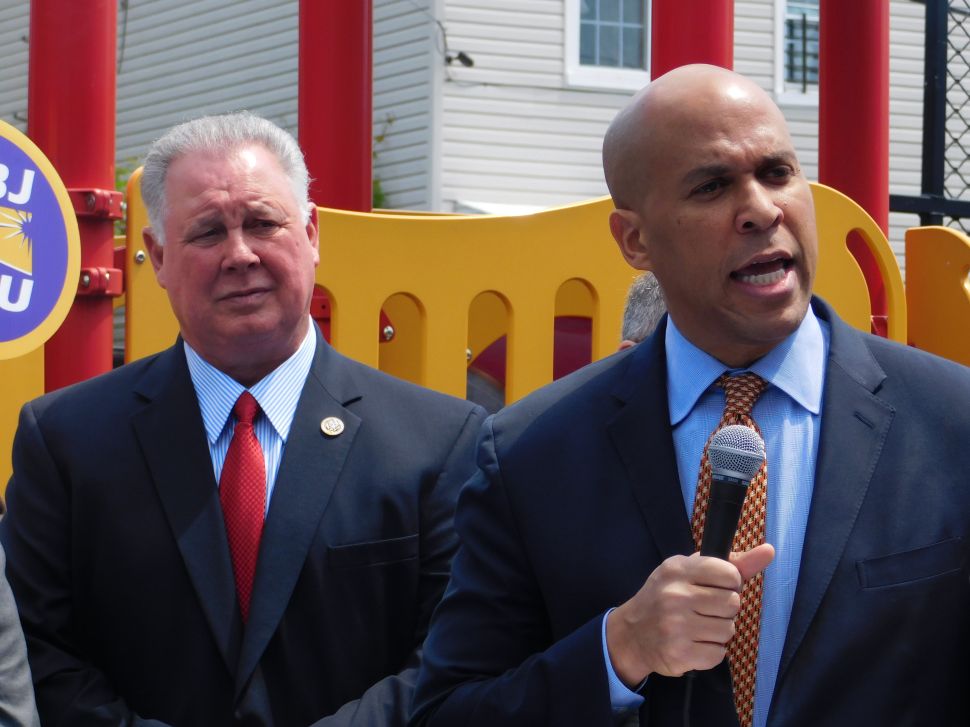