Two events this week underscored the failure of both public servants and the media to remember recent history—much less understand it. The actions of these influencers also underscored just how tone deaf they are to the growing polarization of American society. If we were cynical—and we hope we are not—one might wonder if their intent was to exacerbate the rifts.

The first was the introduction of a bill in the New York City Council that would force the NYPD to reveal its surveillance techniques and tools. The legislation would require the New York Police Department to disclose and describe all “surveillance technology,” which it defines as “equipment, software, or system capable of, or used or designed for, collecting, retaining, processing, or sharing audio, video, location, thermal, biometric, or similar information.”

The bill’s authors were not merely calling on the NYPD brass to brief the responsible Council committees. Indeed, proper—and confidential—oversight is appropriate. Rather, under the guise of civilian control of police department, the hard-left council members want the NYPD to disclose the secret tools and techniques used to monitor suspected criminals and terrorists to everyone—including those being watched. Even publicity-hungry-but-policy-lite Council members should be able to recognize that the likely effect will be that the bad guys will be better able to avoid detection.

As NYPD counterterrorism Commissioner John Miller told a Public Safety Committee hearing, “This legislation would create an effective blueprint for those seeking to do harm. As written, it would endanger police officers’ lives and the lives of other resources and the lives of citizens who may be caught in either criminal activity or terrorist attacks.”

The second event was the cover story published by The New York Times Magazine this past Sunday. It was a glowing profile and glamorous fashion spread of Chelsea Manning, who was convicted of espionage and sentenced to 35 years in prison, though former President Barack Obama commuted her sentence after just eight years. The Times piece celebrated the “transgender soldier… who ushered in the age of leaks.”

The Times piece was staggeringly disingenuous, conflating Manning’s confusion and coming to terms with her gender identity with her decision to leak thousands of top secret documents. The thrust of the piece was that one explained and perhaps justified the other. As we finished the article, our jaws were sagging in disbelief.

The larger implication—though the Times never showed the self-discipline to actually address the issue—was that Manning’s release of sensitive documents that could compromise American assets, sources and methods was no different from the release of the Pentagon Papers, which were purely historical documents and related analyses. Leaks, in the eyes of the Times, are the currency of journalism and thus almost always justified.

Both actions—the revelation of the NYPD’s most secret techniques and the Times glorification of espionage against America—demonstrate just how out-of-touch certain elite groups are about the very real threats to America and the world. Deputy Commissioner Miller, responding to the Council initiative, felt compelled to remind the Council that since 9/11, the NYPD has foiled 25 major terrorism attacks against the city. And that number doesn’t include the successful bombing in Chelsea last September or the Times Square bomb that fizzled in 2010.

Sadly, the Commissioner’s reminders are necessary, even though they shouldn’t be. The City Council members’ bill and The Times’ puff piece show some people’s inability to recognize the reality of the world we live in. We urge them to lift their rose-colored glasses for just a moment. Perhaps the truth will reach them. 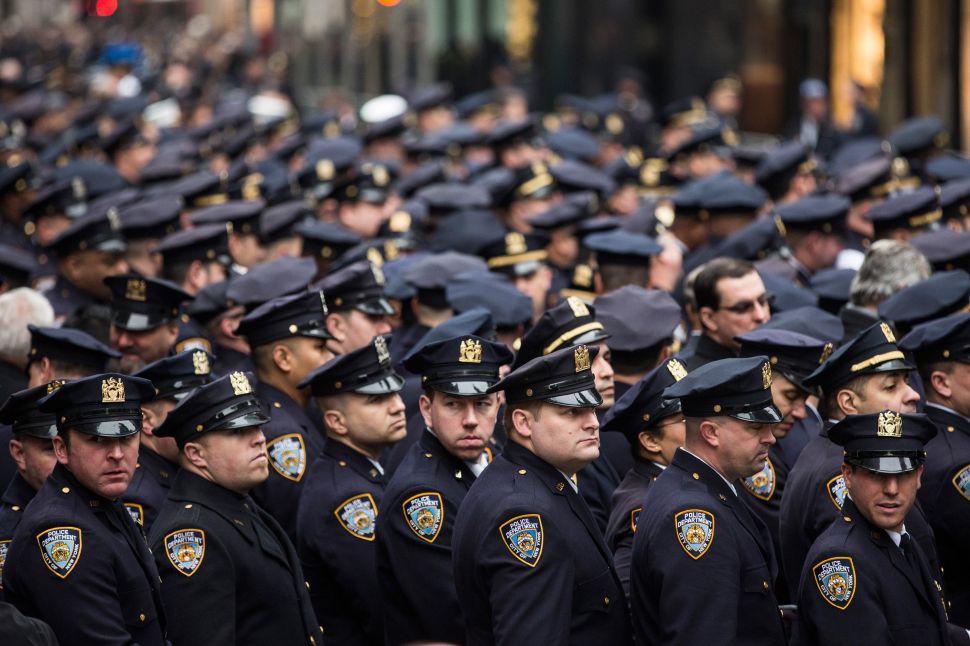