There’s sabotage, Botox, backbiting, secrets galore, and lots of blackmail – and all of this happens in just the first hour. Oh, and someone slips into a coma!

To say that the new series Daytime Divas is bursting with drama is a bit of an understatement.

Inspired by Star Jones’ 2011 book Satan’s Sisters… A Novel of Fiction, the one-hour drama is set behind the scenes of a long-running daytime television show. The storyline chronicles the fireworks that erupt daily between the five female co-hosts of a View-esque show. Given that Jones was a part of that estrogen-fueled series for nearly a decade, she clearly knows a thing or two about this particular topic. Jones also serves as an Executive Producer on the series.

True to the show it’s based upon, the Diva hosts represent five very different points of view. When sitting side-by-side on set they appear to be best buds, but behind the scenes, they inhabit a world of power struggles, catfights and cocktails.

Vanessa Williams plays Maxine Robinson, the Barbara Walters of the fictional show “The Lunch Hour,” a thinly veiled version of The View (or The Talk, if you will.) Maxine and her co-hosts — stand-up comic Mo (Tichina Arnold), grown-up child star Kibby (Chloe Bridges), journalist Nina (Camille Guaty), and conservative TV personality Heather (Fiona Gubelmann) — constantly clash over everything from which host gets to do the ‘hard’ investigative pieces to who should inhabit the coveted ‘left chair.’

While Divas main goal seems to be trying to jam as many outrageous plot twists as possible into the shortest amount of time, they do deserve some credit for touching on a plethora of issues – including sexual fluidity, infertility, marital communication, and transgenderism.

What’s lacking is a believable reason as to why these women, in an era when championing female achievement is on the rise, are so set on sabotaging one another, and inevitably themselves. Hopefully, this is something that will be explored more as the season progresses.

This show is for you if you’re a fan of the Housewives franchise, the series UnReal, or if you just enjoy extremely ridiculous (but pretty funny!) situations, punctuated by flippant dialogue that’s constantly being spewed at a rapid pace.

If you’re looking for escapist fare and you love camp — not the outdoor sleeping on the ground kind, but the spoofy, manipulative, face-slapping kind — grab a drink (coffee or cocktail!) and tune in for some over-the-top drama that’s not limited to, despite what the title implies, daylight hours. 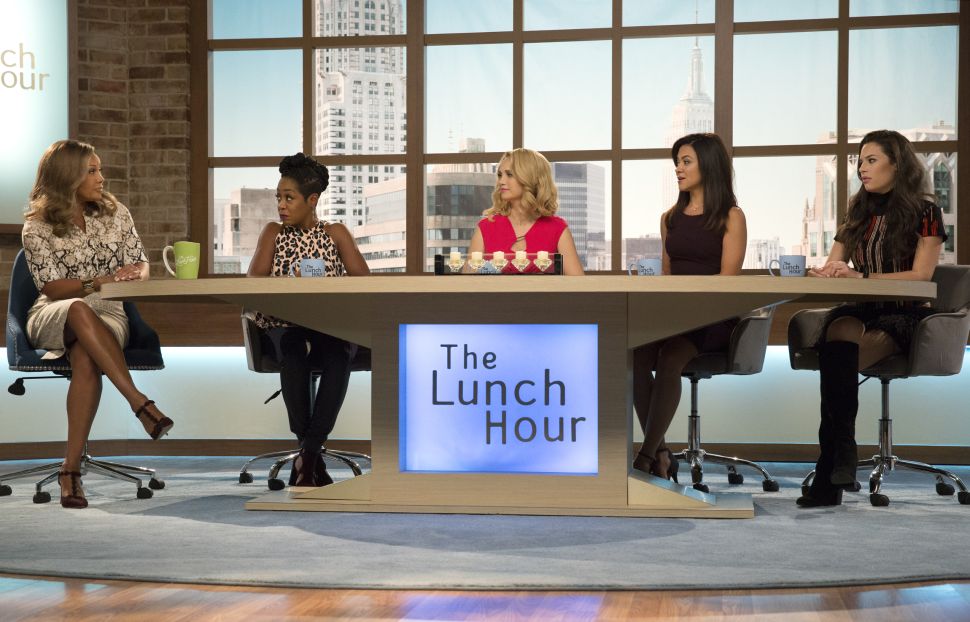