Giraffes are one of the most iconic animals in the world, but their existence is increasingly under threat. In large part due to trophy hunting by American tourists, the species has experienced rapid depopulation over the past few decades. In December 2016, the International Union for Conservation of Nature reported that the global population of giraffes has decreased by 40 percent over the past three decades.

The downward trajectory of the species is driven by human actions that plague ecosystems across the globe: habitat destruction and overhunting. American tourists hunting in Africa have significantly contributed to their depopulation. The global population of giraffes decreased from 150,000 in 1985 to just over 97,000 in 2015. The Guardian recently reported, “Americans imported 21,402 bone carvings, 3,008 skin pieces and 3,744 miscellaneous hunting trophies from giraffes over the past decade. At least 3,700 individual giraffes are thought to have been killed for such items.”

A legal petition was filed in April 2017 by several environmental groups to seek protections for giraffes under the U.S. Endangered Species Act. “Currently, no U.S. or international law protects giraffes against overexploitation for trade,” Masha Kalinina, a Humane Society specialist, said. “It is clearly time to change this. As the largest importer of trophies in the world, the role of the United States in the decline of this species is undeniable, and we must do our part to protect these animals.”

In addition to being a prized possession for American trophy hunters, giraffes are also easy prey for locals. Faced with drought, famine, and an influx of refugees, locals hunt giraffes as an easy, plentiful food source. Combined, these factors lead to a rapidly declining giraffe population. The International Union for Conservation of Nature predicted that it will list some species of giraffe as critically endangered soon. Science Magazine reported on June 22, “A study led by Derek Lee, a zoologist at the Wild Nature Institute, a nonprofit in Concord, New Hampshire, found that giraffe calves in the Tarangire Ecosystem in northern Tanzania are more likely to be eaten by lions, resulting in a 37 percent drop in reproductive success, when wildebeest and zebra are not around. The finding suggests that because those migratory animals, the cats’ preferred prey, are in sharp decline, the lions may be turning to other prey, including giraffes.”

Habitat destruction also adds pressure to giraffe populations. Giraffe population growth is limited by their breeding habits. A female giraffe averages around five calves in her lifetime, but they have only a 50 percent survival rate. Therefore, population recovery for giraffes is nearly impossible without drastic measures to protect newborn giraffes. Scientists are beginning to increase their efforts to monitor giraffe behavior to protect them from the various threats they face and counter their rapid population decline. 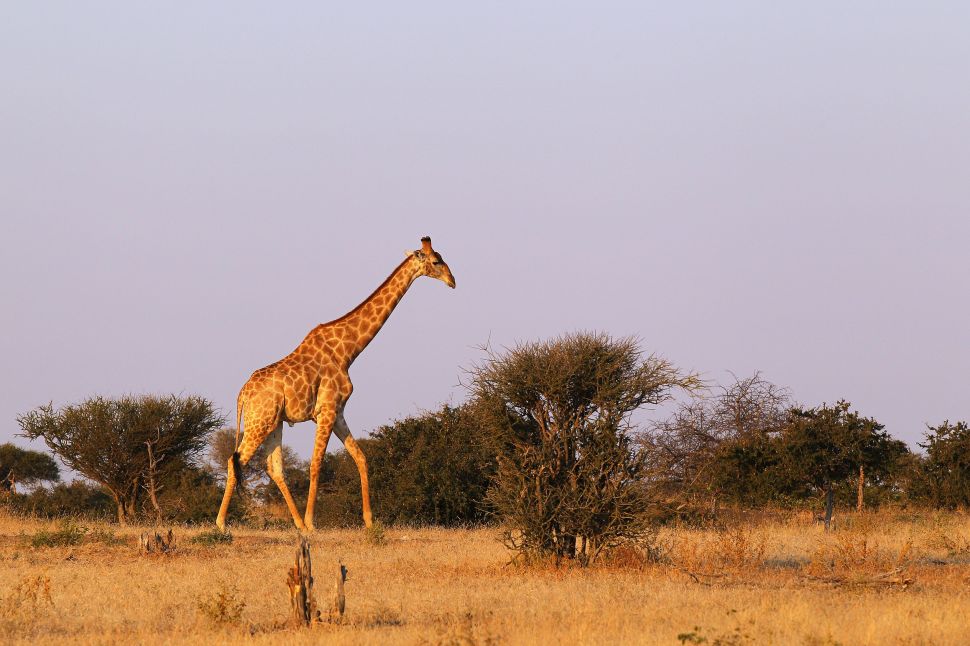