Since 2010, Republicans have branded congressional campaigns all across the country as contests to oppose House Democratic Leader Nancy Pelosi. The Washington Times reported in 2010 that although Republican National Committee Chair Michael Steele faced a steep climb to recoup Republican losses, he managed to do so by focusing campaigns on Nancy Pelosi’s unpopularity: “Mr. Steele did, however, try to rile up the committee and got a standing ovation with calls to fire House Speaker Nancy Pelosi. Wearing a red ‘Fire Pelosi’ cap, he announced that the RNC would sponsor a ‘Fire Pelosi’ bus tour this fall.” In 2010, the “Fire Pelosi” campaign paid dividends for Republicans, and they’ve used it successfully ever since. Pelosi is one of the most well-known, yet least liked politicians in the country. In all four special congressional elections that have taken place since Donald Trump’s election, Republicans have used attack ads to portray Democratic candidates as allies of Pelosi. The ads were successful; Democrats lost all four races.

While one of the most recent Democratic congressional candidates, Jon Ossoff, dismissed a question as to whether he would vote for Nancy Pelosi to continue her role as House minority leader, other Democrats are starting to turn on her.

Other Democratic leaders echoed his sentiment. “I think you’d have to be an idiot to think we could win the House with Pelosi at the top,” Congressman Filemon Vela told Politico. “Nancy Pelosi is not the only reason that Ossoff lost. But she certainly is one of the reasons.”

Congresswoman Kathleen Rice added, “There comes a time when every leader has to say, ‘For the good of the order and for the betterment of the party, it’s time for me to step aside.’ And I wish that that would happen right now.” Congressman Tim Ryan, who challenged Pelosi for the House Leadership position last November, said he still feels that Pelosi needs to step aside in order for the Democratic Party to progress.

Pelosi maintains her leadership position due to her connections with the Democratic Party’s wealthy donors. Her continued leadership impedes younger House Democrats ascending the party ranks from steering the party in a more progressive direction. The Intercept reported in October 2016 that the DCCC reassured wealthy donors from Wall Street firms like Goldman Sachs that Sen. Elizabeth Warren, who has been an aggressive critic of Wall Street, does not speak for the Democratic Party. Nancy Pelosi does speak for the party, and the wealthy donors have liked what they’ve heard from her the past few years. Only when Democrats finally stand up to their donors will they be able to foster new talent that can move the party forward. 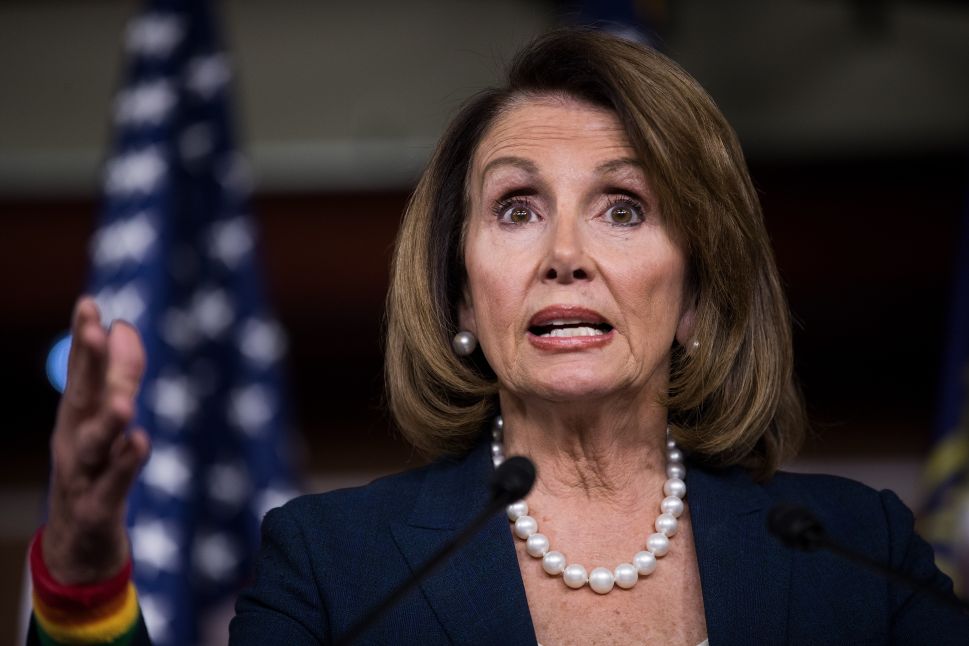