In response to Sen. Bernie Sanders’ supporters pressuring Democrats to support a single payer Medicare for all system, many establishment Democrats scoffed at the idea, calling it unrealistic and not feasible. Even though over 100 Democratic members of Congress have signed on as co-sponsors on a Medicare for all bill, Democratic leadership has refused to jump on board. DNC Chair Tom Perez, House Minority Leader Nancy Pelosi, and Senate Minority Leader Charles Schumer have all given politically charged, nonsensical reasons for not supporting the legislation.

In a January 2017 interview with Vox, former President Barack Obama said, “In the ‘dissatisfied’ column are a whole bunch of Bernie Sanders supporters who wanted a single-payer plan. The problem is not that they think Obamacare is a failure. The problem is that they don’t think it went far enough and that it left too many people still uncovered.”

Indeed, Sanders supporters don’t think Obamacare went far enough because it left 28 million people uncovered in addition to millions more with virtually no coverage given the high premiums and deductibles they face. Criticisms of the AHCA—that it would take away health coverage for millions and cause countless deaths—are true for Obamacare as well. The debate taking place within the Democratic Party between establishment Democrats and Sanders progressives is about how many people it is acceptable for a government health care system to abandon: none or millions.

Obama’s way of thinking still hinders Democratic leadership from supporting a Medicare for all single payer system, despite Sen. Elizabeth Warren recently telling Democrats that the party should be campaigning on it. The Democratic leadership’s inability to recognize the Obama administration’s mistakes is rotting the party from within. In truth, Obamacare is a flawed system designed to maximize benefits for the health insurance industry. In 2009, the New York Times reported, “Insurance companies and Republican lawmakers say a government-run plan could drive private insurers out of business and eventually lead to a single-payer system run by the government.” Sen. Charles Schumer offered a proposal to alleviate those concerns by making the government plan resemble private insurers as much as possible, which transmogrified into government subsidized private insurance.

In 2014, Schumer criticized Obama for trying to create a health care plan early in his administration because the people the system would affect wouldn’t reward Democrats at the polls. “Only a third of the uninsured are even registered to vote. In 2010, only about 40 percent of those registered voted,” he said. Yet, this is the same out of touch elitist, Wall Street darling who the Democratic Party promoted to Senate Minority Leader in 2016.

Sanders supporters wonder why the Democratic leadership refuses support single payer health care and, as was the case in California, sabotages its enactment. California House Assembly Speaker Rendon, who shot down the bill this year, and California Gov. Jerry Brown, who once campaigned for president advocating a single payer plan, have received millions in campaign donations from the pharmaceutical and health insurance industries. Rendon’s decision eerily echoed Hillary Clinton’s infamous words during the 2016 Democratic primaries that single-payer will “never, ever” happen.

These Democratic leaders who are so beholden to wealthy donors are destroying the Democratic Party by putting the interests of corporations, billionaires, and millionaires first. All the while, millions of Americans suffer due to an inadequate health care system that wastes millions of dollars but makes a small handful of individuals incredibly wealthy. 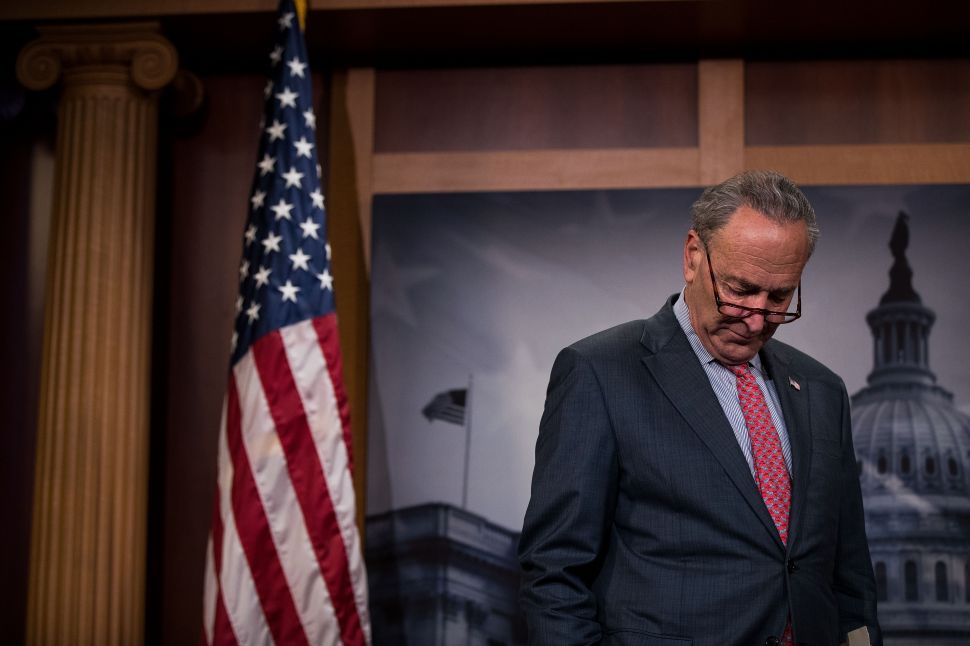