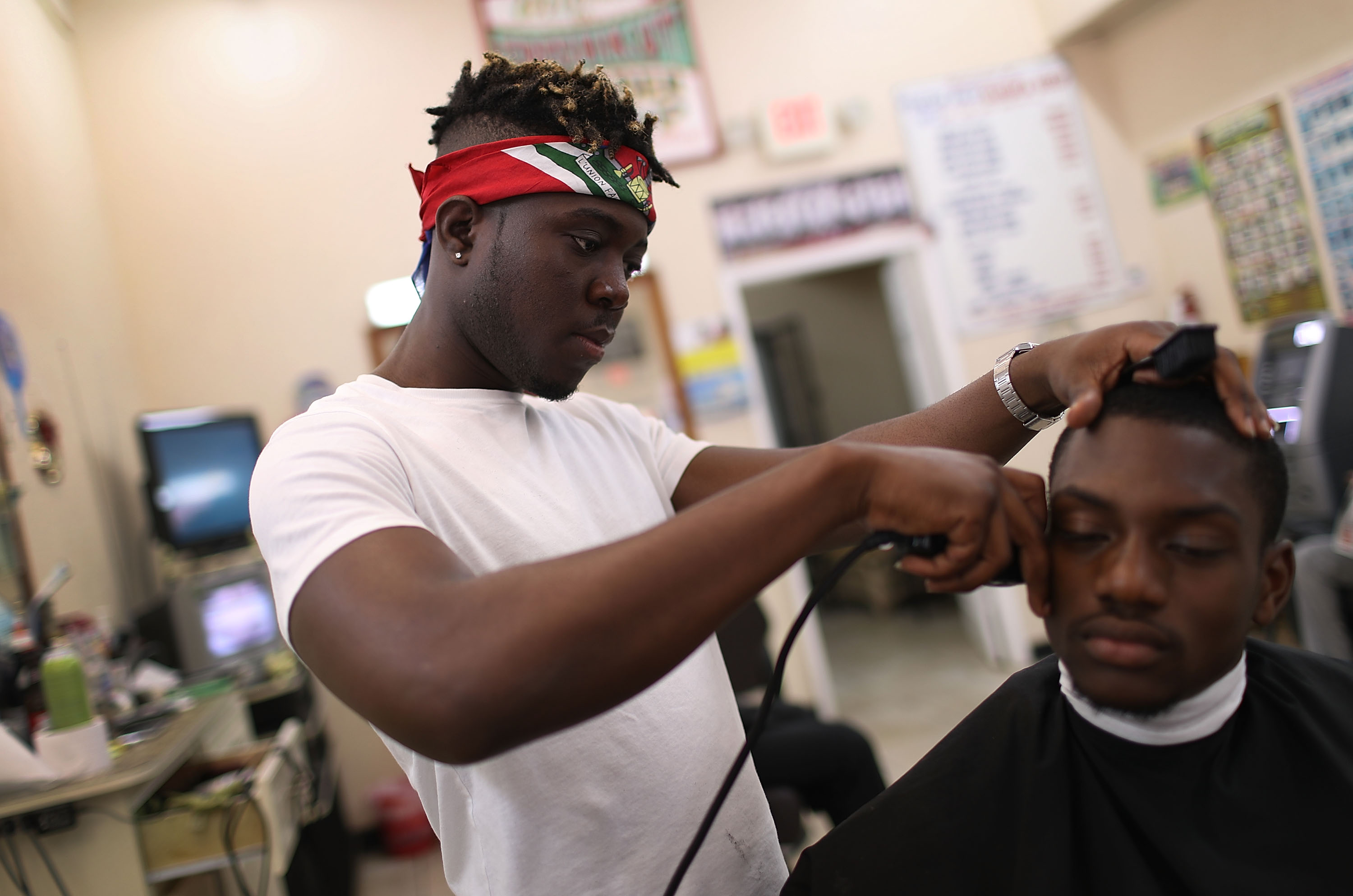 On the eve of the NBA Finals, superstar LeBron James found the “N-word” spray painted on his home. Not even James, with all his wealth, fame and success, is exempt from being attacked with classic racist slurs.

In the United States, blackness is stamped with centuries-old images and ideas that assign it to perpetual “last place.”

One way blacks have historically responded to stigma – a discredited or disgraced identity – is by displaying what they understand as mainstream values associated with white elites. This strategy, often referred to as “respectability,” is intended to put on display black people’s fitness for full cultural and social citizenship, thereby protecting them from stigma or lowering their exposure to it.

We know from prior research that consumption has been an important part of this strategy since a full-fledged mass market emerged in the U.S. in the late 1800s. The mass market brought with it standard product quality, package sizes and prices. Before that, as historian Ted Ownby has detailed, blacks had little chance to escape discrimination and stigmatized treatment at local general stores. The mass market, at least in principle, provided an opportunity to express equality with whites in a very tangible way.

These everyday acts of consumption may seem simple, but they gave birth to the Montgomery bus boycott and other acts of anti-racist resistance. Rosa Parks and Montgomery’s riders protested more than the indignity of “back of the bus” treatment. They protested paying full fare for less than full service. Likewise, the student sit-ins at lunch counters throughout the Jim Crow South, as well as protests at leisure places in the North like swimming pools, golf courses and amusement parks, protested for the rights of blacks to engage fully as consumers.

As a researcher who studies sociological aspects of consumption, including racial inequality, I examine the question of how well consumption works to manage everyday anti-black stigma in a forthcoming study in the Journal of Consumer Research.

Here’s what I found.

My analysis shows that members of the contemporary black middle class continue to use consumption to combat stigma. However, after the end of the civil rights movement by 1970, the strategy splintered into two approaches.

People at times use both strategies to combat “[Fill in the blank] while black” treatment at restaurants, banks, in taxis or using a ride-hailing app like Uber or Lyft.

How well do these strategies work?

Note: To protect the anonymity of study participants, I do not identify specific locations. I also use pseudonyms.

Many study participants likewise reported an emphasis on avoiding stigmatized objects and practices. For example, one person was critical of “sagging” pants or shorts as a style because it invites stigmatized treatment. They feel that this vigilance in avoiding stigma helps them “fit in” in predominantly white settings.

Case 2: When avoiding stigmatized things or actions fails. Rather than 1950s-style discrimination or open racial hostility, participants emphasized seeing fewer benefits from middle-class status than their white counterparts. For instance, a group of participants who each migrated to a small, rural southern town from more cosmopolitan settings found that avoiding stigmatized objects and practices did not help them or their children fit in with white middle-class peers. They felt they were not granted the status that presumably comes with middle-class occupations, accomplishments and households.

A participant spoke about coming to terms with this in the context of his daughters’ experience at school. In a story I heard repeated, he said:

“You know when it hit me? Prom. That’s when it finally – when my daughter had to go to prom with her girlfriends… I was like how tough is this for you to be an A student, an athlete, doing the right thing, and you can’t even date these knuckleheads because they want certain things that you’re not ready to compromise?”

Prom, with its formal dresses and tuxedos, bouquets and boutonnieres, hair, makeup and limousines, is the quintessential consumption event of adolescence. It is also where the politics of race, class and gender became crystal clear to this dad. His daughter refused to accept last-place stigma, which for black girls means the presumption of openness to sexual advances. Although she conformed to the classic “good girl” norms of achievement and chastity, this did not shield her from last place stigma. It also left her dateless on prom night.

Case 3: When “oppositional respectability” succeeds. My study is the first to identify this approach to combating stigma, which emerged after 1970. Rather than avoid stigmatized things and actions, it seeks to remove stigma using features of black culture. For instance, one participant, Adam, does this by cultivating an identity as a cosmopolitan consumer of fine arts who especially loves African-American and African art.

His extensive art collection is an expression of pride in his cultural heritage, although black art is historically stigmatized as “low-brow” and unrefined. So how does he destigmatize these objects?

In my interview with him, his extensive knowledge of pieces with slave themes allow him to craft a story that centers (rather than minimizes) slavery as an ordeal that forged great strength of character. In his telling, that character – and in effect, the art – is part of his cultural heritage.

Case 4: when “oppositional respectability” fails. Cynthia, a young, single, corporate attorney, lives in a midsized southern city. She migrated there, the city of her childhood, after law school. It’s a traditional black working-class and poor neighborhood derisively known as “Black Bottom.” She was one of few blacks to be part of a wave of gentrification in the neighborhood. Like Adam, she sought to combat last-place stigma by removing stigma from the neighborhood. The ways gentrification exacerbates racial inequality are well-documented, yet has also helped remove last-place stigma attached to certain neighborhoods.

The market reinforced her efforts, as it did Adam’s. Builders renovated older homes and buildings in anticipation of newcomers. But many of the first wave of gentrifiers moved away for fear of crime. When perceptions of neighborhood disorder become widespread they almost invariably exceed reality, but they are very difficult to change.

Cynthia did not see her move to combat stigma as successful. When I interviewed her, she was contemplating leaving the area, as life there became less tolerable. Many traditional residents saw her as just another gentrifying intruder. And without any real change in the neighborhood stigma, Cynthia felt navigating crime in the neighborhood wasn’t worth it, even if it wasn’t as bad as its reputation suggested.

Avoiding stigmatized things and actions is the classic approach for many African-Americans. For them, “Pull up your pants!” has an unassailable logic. But my research suggests that, whatever other benefits may come from hiking up one’s britches, that won’t always effectively combat stigma.

Many participants shared instances of their refusal to internalize anti-black stigma, and how they expressed that through things like art collections, home displays, and personal hair and clothing styles. This approach works best when people can craft stories that disavow stigma and the marketplace reinforces their stories.

Yet for many, stigma still attaches more strongly to black identity than to specific behaviors or objects. Once attached, it can survive for a long time.

David Crockett is an Associate Professor of Marketing at the University of South Carolina. This article was originally published on The Conversation. Read the original article. 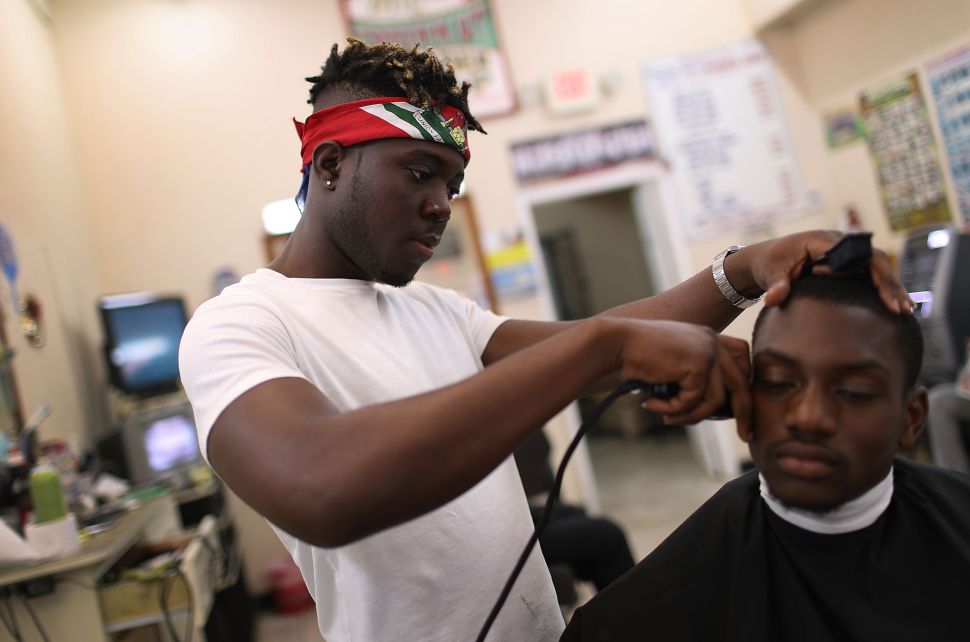