It’s happened again. This week’s horrifying assassination attempt against Congressional Republicans as they practiced for a bipartisan charity baseball game reminds Americans that violence is ever present in our society.

Four innocent people were shot and the highest-ranking victim, Congressman Steve Scalise, remains in critical condition at this hour. However, the fact that Scalise is the majority whip in the House of Representatives may be the only reason there wasn’t a far worse massacre. As the third-ranking Republican in the House, Scalise travels with bodyguards from the Capitol Police (two of whom were shot while protecting Congress-members). Had they not been present, a much bloodier event would have surely transpired.

The gunman was fatally wounded by those bodyguards—thereby saving uncounted lives—in a wild melée with dozens of rounds expended in a firefight on a suburban baseball diamond. James Hodgkinson, a 66-year-old from the St. Louis suburbs, was exactly the sort of angry ne’er-do-well commonly associated with such killings. A man with a lengthy arrest record known for violent outbursts, Hodgkinson descended into ever-greater anger until he traveled to Virginia to kill his political enemies.

On social media and in person, Hodgkinson exuded hatred for Republicans in general and President Donald Trump in particular. Whether the difference between this killer’s ideological venom and that of millions of perfectly peaceful liberals was one of degree or kind looms as an important question right now. Regardless, it would help the country if citizens on both sides of the aisle took this week’s tragedy as an opportunity to tone down our increasingly shrill political rhetoric.

That shows no signs of happening, of course. Just as the Left ran wild in 2011 when Congresswoman Gabby Giffords was critically wounded and six innocents were murdered by a lone gunman, blaming the atrocity on Republicans and their “climate of hate,” now the Right is paying Democrats back with interest, pinning this week’s crime on left-wing hysteria.

Unable to help themselves, The New York Times already cited the Giffords incident in relation to this latest political shooting, rehashing accusations that Sarah Palin motivated the killer, Jared Loughner—notwithstanding that nothing of the sort happened. Loughner was obsessed with violence years before the incident, as the mainstream media learned in 2011, and his motivations were based in mental illness more than any ideology. Following media outcry, the Times has retracted its fact-free accusation against Palin.

Now that the shoe is on the other foot, Republicans are showing the same lack of restraint that they (rightly) lambasted liberals for after the Giffords shooting. That said, right-wing accusations that Hodgkinson was politically motivated in his assassination attempt seem likely to hold some , based on what we know so far. It’s not too soon to tentatively call him our nation’s latest domestic terrorist.

Calling anyone a terrorist is politically loaded, regardless of how frequently the term has been bandied about since 9/11. However, distinguishing terrorism from mere crime is important politically as well as legally—particularly because labeling one’s political opponents “terrorists” is increasingly fashionable in our ever-more-divided America.

Terrorism experts hate public efforts to define their field, since these customarily devolve into an ideological minefield and political game none too concerned with objective truth. Nevertheless, Americans ought to define what we mean when we label people and groups as terrorists.

This isn’t an easy undertaking, and even the U.S. Government lacks a single, agreed-upon definition of terrorism, as perusal of how Washington entities like the Departments of State and Defense, plus the FBI and the Intelligence Community, define that term demonstrate: none are identical.

All the same, we can get to a bare-bones definition of terrorism that most fair-minded citizens can agree upon. I pondered this definition gradually, after years of working in counterterrorism. First, I was in the intelligence business, then I headed up a NATO working group devoted to counterterrorism. Along the way I’ve published several articles and a couple books on the subject.

What, then, is terrorism? First and foremost, it’s not merely crime. While all terrorism is a crime, all crime isn’t terrorism—notwithstanding that most terrorists commit crimes (robbing banks, dealing drugs, financial fraud, etc.) to sustain their cause. Neither is it a normal act of war. While nearly all insurgencies employ terrorism at some point, that’s not a necessity. That said, the line between terrorism and insurgency is perennially blurry, not least because insurgents seldom like being labeled terrorists.

Above all, there must be a definable point to terrorism. It’s never a random act and must have some ideology behind it—political or religious, sometimes both. This ideology need not seem sensible to outsiders, or even wholly rational, yet it must exist as justification for violence.

Last, terrorism must target civilians with violence. Killing, maiming, and sowing fear among non-combatants is the primum mobile of terrorism, anywhere and everywhere. Attacks on military targets are not terrorism, strictly speaking, rather an insurgency.

Armed with this definition, we can start to assess who’s a terrorist. America has a long tradition of political violence of all ideological stripes, as attested by the assassination of four of our 45 presidents and the narrowly-averted assassination of several more. Similarly, our revolution and civil war included violence that by 21st century standards would be considered terrorism. In the case of the latter, the terrorism stemming from the conflict lingered long after 1865. The ideological tumult of the 1960s birthed a terrorism wave that lasted deep into the 1970s.

Ideology prevents honest grappling with our domestic terrorism problem. The tendency to see terrorism where it doesn’t exist is politically cancerous and ought to be denounced. As I witness from my highly visible perch on social media, every time there’s a mass shooting or similar incident, before any news has been confirmed, the Left is desperately hoping the miscreant is a white man, while the Right is praying that he’s a jihadist. None of this bodes well for our democracy.

The truth is that our vast country possesses a domestic terrorism problem that, although infinitesimally tiny on a per capita basis, looks daunting when you’re charged with preventing it. Would-be terrorists come in every ideological flavor: white nationalists, black nationalists, jihadists and related Islamists, Zionist radicals, extreme environmental activists, myriad religious cults, neo-Bolsheviks and neo-Fascists. Not to mention that distinguishing radical activists from people who want to blow up things is far more challenging in reality than in the movies.

A helpful start to a reality-based debate on domestic terrorism is admitting that it exists and that it’s not simply confined to groups we don’t like. Additionally, we must recognize that organized terrorism is a different problem in most ways from disgruntled individuals who simply hate society and latch onto a virulent ideology—whether it be jihadism, anarchism or neo-Nazism—to justify their violent urges. The latter group is much more difficult to completely stop unless we want to suspend both the First and Second Amendments to the Constitution.

To sum up, it would be wise for Americans of all political viewpoints—including tweeting presidents and their vehement opponents—to tone down their rhetoric, since there are unstable citizens among us who aren’t always able to distinguish between radical fact and violent fantasy. 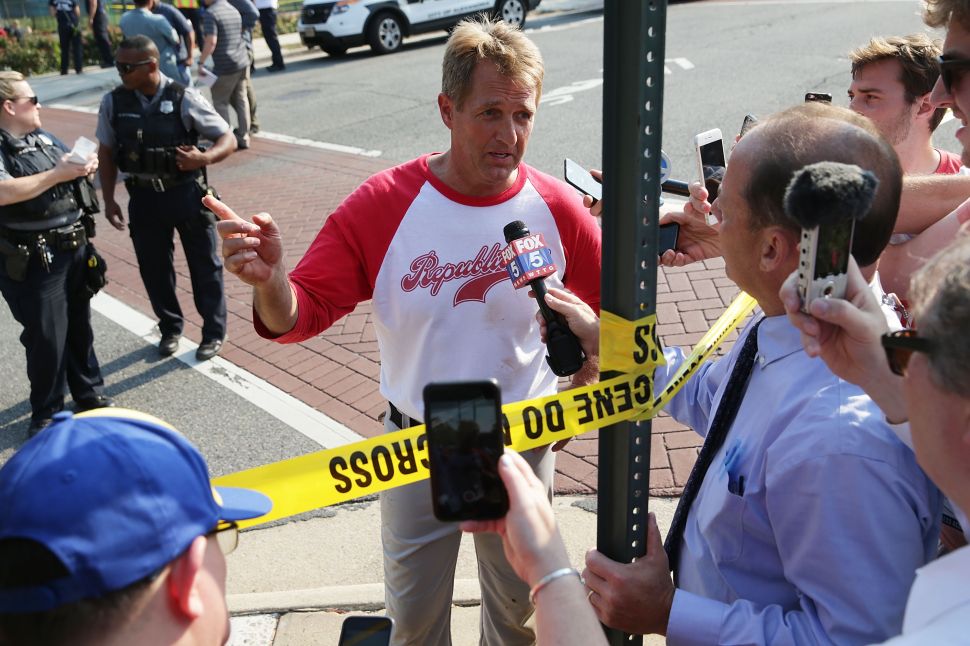