As disappointed as many in the business community, government, and the majority of Americans who supported Paris Climate Accord are that Trump abandoned it, there could be a slight silver lining: Perhaps we can get an even better Paris Treaty. Here’s how.

First of all, the overwhelming majority of scientists agree with the that the planet is warming. Even if folks mistrust the scientific community, the 80+ degree weather in December in Atlanta, more powerful and deadlier hurricanes, and debilitating droughts are enough to convince them. By and large, the public feels something should be done.

Second of all, by pulling out of the treaty, America joins Nicaragua and Syria on the sidelines, while the rest of the world tackles the problem. In addition to tackling climate change, we need to work with other countries and provide global leadership.

According to U.S. Ambassador to the United Nations Nikki Haley, Donald Trump does believe in climate change. And he likes making deals, right? He would rather not be on the outside looking in.

That’s why we should take the lead in replacing the Paris Climate Accord.

The Observer talked to Guy Walton, a former long-time meteorologist with the Weather Channel. He didn’t express any support for exiting the Paris Climate Accord. When asked about a new deal that holds China and India immediately accountable, he pointed out that China and India were already voluntarily reducing their emissions. So shouldn’t we hold them to binding targets today, especially if we are expected to adopt binding standards? It’s only fair and might increase support enough to get the Paris Climate Accord ratified by the Senate, something President Barack Obama was afraid to try.

Walton pointed out that the problem is too big to ignore or kick down the road for a couple of years or decades. “You’ll see it pretty fast in the lack of , more arid lands, higher food prices, etc.,” he said, noting that other problems will accelerate rapidly in subsequent decades. That’s why we need to act now.

A new deal should be made that gets all countries to start cutting emissions now.

In doing so, President Trump can overcome criticism that he’s a climate denier and that he is pandering to some “base” that wouldn’t abandon him anyway. It keeps the business community and the majority of Americans who support environmental change from shifting to the Democratic Party. And we don’t punt on our global leadership.

Trump is right that the Paris Climate Accord was a bad deal, but the costs of no deal at all are worse. Secretary of State Rex Tillerson needs to convene negotiations right away. America’s reentry into a new deal should be contingent upon everyone reducing their carbon emissions—no exceptions. 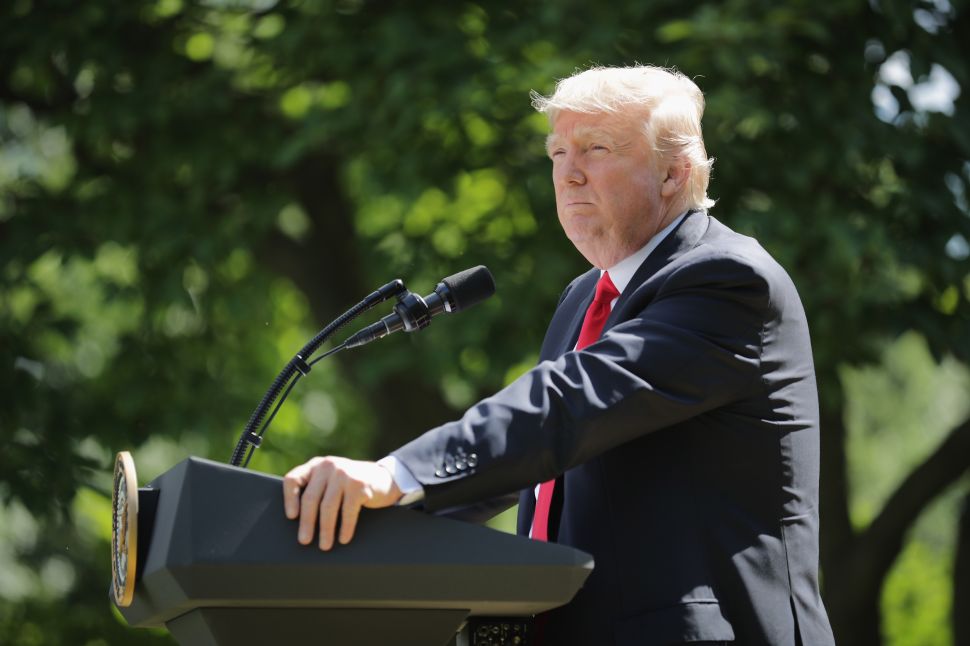