How the Obama administration mishandled clandestine Russian interference in last year’s election has become the talk of the town—and social media—thanks to a new, detailed report by The Washington Post. That piece portrays a White House in disarray through 2016, unable to decide what to do about Kremlin meddling, despite high-grade intelligence confirming Vladimir Putin ordered his spy services to create electoral mayhem in America.

Of course, I told you that months ago, and Barack Obama’s reputation for diffidence and indecision—particularly regarding Russia, which was by no means confined to 2016—will mar his administration’s legacy, deservedly so. Obama’s fateful lack of pushback against the Kremlin will hang over last year’s election as the preeminent what-if for future historians to unravel.

Nevertheless, President Obama’s mistakes on Russia are now confined to the past, while his successor keeps making them in real time. Donald Trump’s recent tweets have only added to the mystery of his relationship with Moscow, which is the subject of no less than four major Washington investigations: by the FBI, by both houses of Congress, and by Special Counsel Robert Mueller.

After months of protesting that the issue of Russian interference in last year’s election was wholly fake, conjured by liberals and journalists, the president at last conceded (or at least strongly seemed to) that Moscow had, in fact, done something nefarious in 2016. Trump subsequently opined that the real collusion with the Kremlin had been done by Obama—without adding any details—and that the current White House resident is therefore owed an apology by the media!

It’s difficult to know what to make of all this. All that can be stated for certain at present is that widely reported efforts by the president’s lawyers to get their client to stop sending inflammatory tweets (which might be used against Trump by investigators and prosecutors) have failed.

However, it’s easy to judge the White House’s take on Russia by its actions rather than the president’s tweets. Here the picture becomes indelibly clear. Notwithstanding the consensus judgement of our Intelligence Community that Russia meddled in our election last year—including stealing emails, disseminating them through Kremlin fronts, and weaponizing lies to hurt Democrats—the new administration has done nothing to punish Putin for his subversion of our democracy.

Indeed, President Trump continues to try to meet one-on-one with his Russian counterpart, despite the fact that, to a normal White House, the very last thing the president should want to do is be seen pow-wowing with the foreign leader whom America’s spy agencies have named as a hostile actor who meddles in our elections. It’s difficult to understand how a face-to-face meeting with Putin can help Trump in the multiple investigations he’s facing about his ties to…Putin.

Then there’s the fact that the Trump administration has been slow-rolling efforts to push back against Kremlin lies and propaganda. Last December, Congress passed and the president signed into law a State Department effort to finally start debunking propaganda emanating from Russia of the noxious kind which played an insidious role in our 2016 election. Contrary to the law, nothing of consequence has been done over the past half-year, and the State Department still has no functioning effort to counter Kremlin lies.

That said, Foggy Bottom’s decisions regarding the Russians now appear worse than merely ignoring the will of Congress. According to a new report from Politico, State is derelict in its duty to monitor the activities of Russian diplomats in our country. Keep in mind that not less than one-third of those diplomats are actually spies, and they are supposed to report to the State Department when they plan to travel more than 25 miles from their duty station, customarily with 48 hours’ notice.

That gives the FBI and other American counterspies time to prepare to monitor illegal Russian espionage activities in our country. Yet, to the frustration of our Intelligence Community, State is failing to force compliance from Russian “diplomats,” despite the fact that Congress in May ordered the department to get serious about its counterintelligence responsibilities here.

This is a touchy matter because Russian “diplomats” have become increasingly aggressive in their espionage in America. It got worse under Obama, whose White House never took countering foreign espionage very seriously, and has exploded since Trump moved into the Oval Office. Russian spies have been observed roaming across America at will, without any pushback from State, which is supposed to supervise their activities and punish violations.

Nobody’s stopping these aggressive Russian spy-games, as Politico reported a few weeks ago:

The diplomats, widely assumed to be intelligence operatives, would eventually turn up in odd places, often in middle-of-nowhere USA. One was found on a beach, nowhere near where he was supposed to be. In one particularly bizarre case, relayed by a U.S. intelligence official, another turned up wandering around in the middle of the desert. Interestingly, both seemed to be lingering where underground fiber-optic cables tend to run.

Interesting, indeed. Counterintelligence officials in Washington have confirmed to me that Russian operatives are engaged in systematically mapping America’s telecommunications infrastructure, with an intent to tap into fiber-optic cables. Some counterspies believe the Russians have already done so in several parts of the country.

Why isn’t the State Department following the will of Congress here? Bureaucratic inertia can never be ruled out at Foggy Bottom. Neither can the fact that Rex Tillerson, Trump’s choice to head the department, has longstanding commercial and personal ties to the Kremlin. The official, if unstated, reason why the State Department isn’t forcing Russian diplomats to follow our rules is because they’re worried that retaliation from the Kremlin against our diplomats in Russia—some of whom are spies, of course—will be unduly harsh.

That’s a weak defense, since Russian surveillance of suspected U.S. spies in their country is already aggressive, indeed severe. American diplomats posted to Russia are subjected to far harsher surveillance than the FBI gives to Russians serving in our country (all foreign diplomats are assumed to be spies by the Russians until proven otherwise).

American diplomats in Putin’s Russia are experiencing in-your-face surveillance and harassment worse than what the KGB practiced during the Cold War. Blatant intimidation of our diplomats in Russia has become routine, while a year ago one of our personnel (in reality, a CIA officer serving under cover), was beaten to a pulp by a Russian security guard at the gates of our embassy in Moscow. The victim was injured so severely he required medical evacuation from Russia. True to form, the Kremlin gloated about this incident, posting a video of the beating online.

Therefore, it’s difficult to see how Putin’s security services can get rougher with our diplomats and spies without simply killing them. The State Department needs to worry less about what Russian spies might do in their country—and more about what they’re doing in ours. Until the Trump administration gets serious about Russian espionage, their refusal to do so will raise awkward questions. 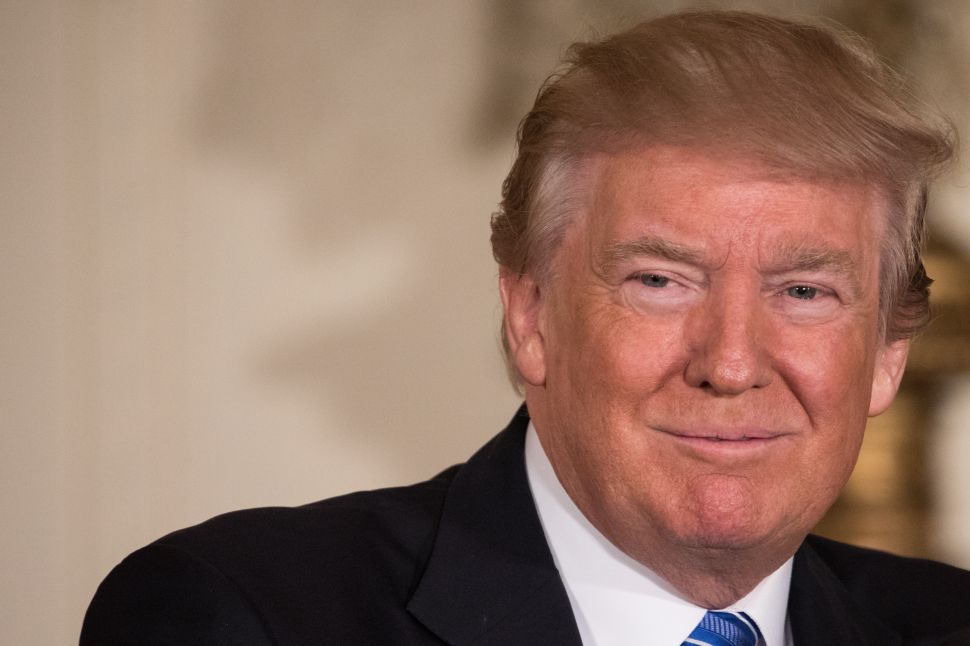