Commercial drones are often used for stunts and recreation, but they also have military and medical applications. In fact, a new Swedish study has shown that during a medical emergency, drones are considerably faster than human paramedics—which also means they have a better chance of saving lives.

The team ran their experiment from a fire station north of Stockholm. Over a 72-hour period in October, the 12.5-pound drone carrying a 1.6-pound defibrillator was dispatched 18 times to locations within a six-mile radius where cardiac arrests had occurred between 2006 and 2014. Two pilots sent GPS coordinates to the drone, which was equipped with a high definition camera and autopilot—its maximum speed was 47 miles per hour.

While the median time from call to dispatch for human emergency services was three minutes, the drone was ready in three seconds. It arrived at the scene of the incident within five minutes and 21 seconds, compared with 22 minutes for humans. That means the average reduction in response time was a staggering 16 minutes and 39 seconds.

The entire flight from takeoff to landing was autonomous, though a dispatcher monitored the drone’s actions and a human pilot was present at the landing site to take over if necessary.

As always, there are several caveats. The chosen location was known for delays in EMS response time—other areas might not show such a wide difference in outcomes. The drones also had good weather on their side.

From a medical perspective, the study did not compare the outcomes between those who were resuscitated via drone and those who got help from human EMS workers. And of course, drones have a limited range and so could not replace emergency personnel, who are required to transport cardiac arrest patients to the hospital in any case.

Still, in a world where more than six million people die annually as a result of cardiac arrest and a heart attack patient’s chance of survival after 1o minutes is only five percent, every little bit helps.

As such, study lead Jacob Hollenberg told The Guardian that he hopes drone-carrying defibrillators can become a reality in one to to two years, once more trials are conducted.

“I am all about saving lives,” Hollenberg said. 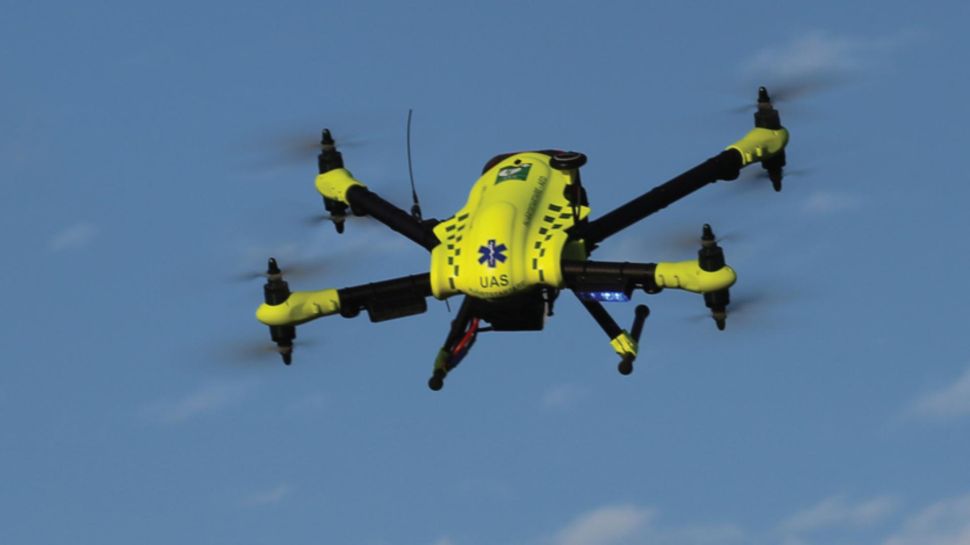