The official line on the Great Recession is that it’s over. The economy has recovered, and brighter days are ahead for Americans who suffered through the worst economic spell since the 1930s. But those optimistic outlooks seem a bit overstated when you dig into the numbers.

Growth is below the standard 3 percent, making this the U.S.’ weakest recovery since World War II. In a healthy economy, periods of high productivity drive wage increases that match rising prices and economic growth. That’s not the case in the U.S. right now.

Instead, wages and unemployment are stagnant as prices and inflation are rising. At the beginning of the year, wages were down half a percent while the consumer price index spiked by 6 percent. We’re approaching a period of stagflation and decreased GDP, which is largely thanks to restrictive regulations.

During the past eight years, the government passed 23,000 new regulations, including 145 “midnight regulations” during President Barack Obama’s lame-duck period. The costs of complying with these laws total more than $100 billion a year, which significantly impact businesses’ abilities to operate, let alone innovate.

Unable to keep pace financially with the regulations, many smaller businesses joined with larger organizations during a record period of mergers and acquisitions. Widespread consolidation stifles the innovative and entrepreneurial spirits that often drive robust economies, leading to a further decline in productivity.

At the same time that regulations were ballooning in the U.S., technology was advancing at an unprecedented rate. New platforms and products stand poised to revolutionize the lending space through faster, more consumer-friendly payment processing and underwriting software.

Unfortunately, complex and opaque federal and state regulations in the financial space are choking the industry’s advance. Entrepreneurs are fearful of developing products that don’t comply with government standards. Investors are skittish about backing fintech companies for fear of losing money on a regulatory nightmare.

Prior to 2016, the fintech industry experienced an innovation boom. But the murky regulatory environment spooked investors in the U.S. and U.K., and caution has reigned during the past year. The interest and enthusiasm in fintech still exist, illustrated by continued investments in blockchain technologies and fintech startups in Asia. But political uncertainty has put American fintech companies at a disadvantage.

To take underwriting as an example, there are many ways to increase data collection and use new algorithms to make more educated lending decisions. These improvements would also create better pricing for consumers.

However, current regulations place significant restrictions on where the technology needed for these advancements can go. Many companies remain stuck using the traditional credit score model, which grinds innovation to a halt. State challenges to federal regulations add to the uncertainty felt by entrepreneurs and investors, further stalling progress.

That’s not to say that regulation doesn’t have a place in fintech. Regulators are critical to ensuring fairness and consumer protection. But their hands are tied by outdated laws that don’t accommodate the evolving world of financial services.

Encouragingly, some regulators have made moves toward modernizing guidelines in their jurisdictions. New York’s Department of Financial Services is collaborating with the fintech community there to develop proposals for digital currency. But technology moves faster than bureaucracy, and the slow-moving process is delaying fintech innovation in New York and elsewhere.

An Ethical Case for New Regulations

The future of fintech regulations should concern not only fintech entrepreneurs, but anyone who participates in the U.S.’ financial system — a system I believe is currently discriminatory by nature.

Most people associate low rates with fair lending practices, but when these rates are mispriced, they are decidedly unethical. In many cases, usury caps and legal limitations on who can access lending prevents vast numbers of consumers from participating in the credit markets. This leads to predatory practices that harm consumers, yet these are allowed under the present legal framework.

Consider the housing market crash. Artificially low interest rates enabled consumers with subprime credit to purchase homes. On the surface, this practice created an equal playing field for more Americans. But as we all painfully witnessed, mis-priced risk necessitated a massive bailout that sent shockwaves through the country.

On the other side of the coin, you have the payday loan industry, which misprices risk in the opposite direction. These companies exploit customers who are desperate for quick cash by overinsuring their loans. Oftentimes, these customers become trapped in a debt cycle, but they continue to borrow from these lenders because they have few options.

Millions of consumers experience limited access to financial products, an exclusionary circumstance that contributes greatly to wealth inequality. A lack of access to credit also hinders entrepreneurship, which is why business ownership rates have declined since the 1990s.

Fintech companies such as marketplace and alternative lenders can help consumers through updated underwriting processes and financial literacy initiatives. For many of these startups, the goal is to reach people who are otherwise excluded from the system or who have found themselves struggling because of poor past financial decisions or unexpected catastrophes. The government owes it to these consumers to make a place for fintech in the market.

There is reason for optimism about the future of fintech regulations. The U.S. Treasury’s Office of the Comptroller of the Currency is weighing the possibility of giving special-purpose bank charters to fintech companies, which could create a regulatory class in line with this new industry. At the federal level, the OCC Fintech Charter is creating competitive opportunities for fintech companies and will help bring the field into the mainstream.

Still, much work remains. Regulators must avoid a one-size-fits-all approach to fintech if they are truly going to serve the economy. For instance, businesses that deal exclusively in transactions should not be held to the same rules as those that accept customer deposits or offer financing.

Ultimately, improved regulations depend on collaboration between regulators and fintech companies. Entrepreneurs want to comply with reasonable standards and operate ethically. But they can do that only if regulators acknowledge the nuances of this growing industry and invite expert input on creating fair, nuanced standards.

An overhaul of financial regulations would stimulate the economy and offer consumers fairer products and better protection. Fintech companies can bring millions of new customers into the market, providing genuine economic boosts through credit and other financial products. It’s time for regulators to recognize the potential fintech holds for the U.S. and work toward a more equitable future for all.

Dusty Wunderlich is an entrepreneur, free-market economist, and founder of Alethia Holdings, an economic think tank focused on research, investment, and thought leadership for the next generation of financial technologies and strategies. Prior to Alethia, Dusty founded Bristlecone Inc. in 2013. 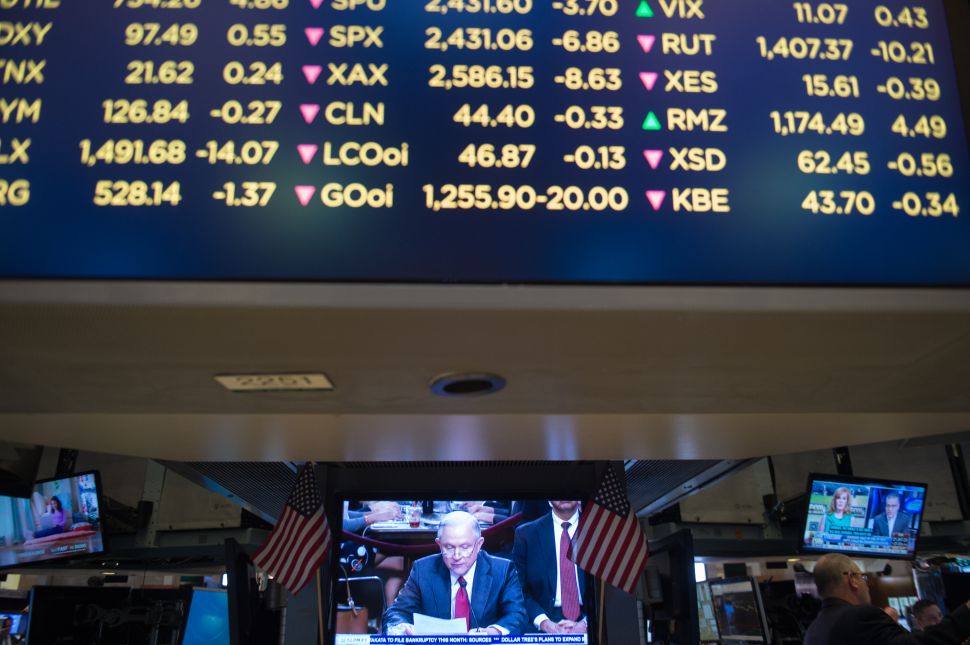