Elon Musk has failed more than he’s succeeded. It’s made all the difference.

Most of us have heard of at least one of his companies, but what we don’t hear as much about is his method of innovation, and it’s one that critically relies on failure and feedback. In physics, it begins with a first principle. In mathematics, with an axiom. In philosophy, with a postulate.

It’s about starting from a fundamental truth and reasoning upwards: reworking from scratch, experimenting, failing, refining, failing again, and at some point, succeeding. It’s a nonlinear but immensely efficient path to innovation that relies on getting it wrong in order to get it right.

But that’s not his only secret. It’s also about why he does what he does.

Musk was born to a South African engineer and a Canadian dietitian. The elder of three children, a young Musk preferred the company of books to peers. His father described him as an introverted thinker. He would spend hours reading whatever he could get his hands on.

By the time he was 14, however, he wasn’t finding new answers. He couldn’t pinpoint what it was all about, and he was running out of places to look.

One day, with inspiration from a certain book, he stopped chasing answers.

He realized that it was more important to ask the right questions, and the question that led him down his own path was one he asked in college.

“What will most affect the future of humanity?”

Musk is shown in the media as a larger-than-life hero. An unmatched genius with unwavering confidence. When he speaks, people listen. And although the praise isn’t unearned, his image is a little warped. He may be doing cool things, but he isn’t cool, and he doesn’t care to be.

His success lies in that he’s practical and incredibly driven, and there are lessons in his thought process that we can all learn from.

Let’s borrow what we can.

The Value of Deep Commitment

Elon Musk asked a big question, and it helped him define his goals.

But goals don’t have to be about saving the world to be valuable. For most of us, goals are personal, and they don’t affect anyone beyond our own reality.

Unfortunately, that’s precisely why they’re difficult. It’s easy to let ourselves down. With most of our personal goals, there’s very little real commitment.

In 2015, researchers at the University of California, Santa Barbara published a paper in the American Economic Journal that illustrates this point.

They followed the exercise habits of workers at a Fortune 500 company to measure the frequency of their gym use over a four-week period. One group received financial incentives for their attendance, while another had to sign commitment contracts to donate money to charity for lack of attendance.

Financial incentives worked, but only in the short-term. They didn’t influence behavior after the reward was ceased. On the other hand, the researchers found that commitment contracts inspired a long-term shift in behavior even years after the experiment ended.

When people felt like they had a responsibility to act for a reason beyond just the story on the surface, their motivation was significantly enhanced.

Frame Goals to Be Bigger Than Yourself

It’s unlikely that Elon Musk has ever signed a commitment contract, but there are parallels between how he frames his goals and the influence they have had on the level of drive and determination he’s shown in his efforts.

Musk believes that to reduce the likelihood of eventual extinction, humanity needs to be a multi-planetary species. Because of this, establishing a colony on Mars is the long-term goal of SpaceX — his rocket company.

Reading this, it’s clear that the odds are stacked against him. But, for some reason, he continues to show up, and he even has a history of delivering.

Why and how? His goals aren’t about him. He might not be bound by a commitment contract, but he’s held accountable to them in the media and in his circle of reality. It’s about the responsibility that he’s committed to humanity, and it’s far bigger than he is.

This doesn’t necessarily mean that you need to frame your smoking habit as a crime towards mother nature to motivate yourself into taking action. But you can start by asking why.

Why do you want to quit smoking? If it’s for health reasons, then why is that important to you? Maybe you want to be around to see your kids grow into adults, or maybe you don’t want to prematurely depart from your spouse.

Either way, you have your deep commitment.

Harnessing the Concept of Flow

The surest way to kill motivation is by attempting to tackle something beyond our capabilities. Easy enough to avoid, right? Not always. In fact, most long-term goals require skills that we don’t have when we set the goals.

Mihaly Csikszentmihalyi is Hungarian psychologist who has been studying happiness for the past five decades. He’s one of the leading researchers in psychology, and his work on the concept of flow is hugely influential.

Flow occurs when we’re fully engaged in what we’re doing. It’s a state of mind where intense focus on a task leads to full immersion into the present. A moment of perceived control and a complete lack of self-consciousness. It’s where we find artists and athletes when they’re occupied with their craft.

For a state of flow to thrive, however, the activity in question has to be of an optimal level of difficulty in relation to personal skill. If it’s too easy, we get bored, and that doesn’t inspire action. If it’s too hard, we get pushed into a state of anxiety, and that kills motivation.

The initial mission of Tesla, Musk’s sustainable energy company, was “to accelerate the advent of sustainable transport by bringing compelling mass market electric cars to market as soon as possible.”

It’s a lofty goal, and it’s one that was beyond the scope of the skills and resources he had when he began. Everybody thought he was insane.

That didn’t stop him, though. He broke it down into three smaller parts.

First, he set out to get people’s attention by proving that electric cars could be sexy and functional by building a high-end sports car. Second, he shifted his focus to assembling a more accessible luxury car to raise money for future developments. Finally, and as of 2017, Tesla is rapidly investing in the production of the Model 3 — a $35,000 car for the masses.

If Musk hadn’t broken the mission into smaller, more focused benchmarks, he would likely have run out of not only resources but also drive. It would’ve been too difficult.

Flow is about the state of mind of an individual, but the broader concept can be applied to design motivation into the path towards your goals. If you cut up your larger mission into slices of milestones of optimal difficulty, you’re more likely to enjoy the process and stay on course.

Embrace the Right Kind of Failure

Failure has a bad reputation. It’s seen as something to avoid at all costs, and most education systems are designed to penalize getting stuff wrong. Rather than a constructive feedback tool, failure is seen as the opposite of success.

If the cost of getting something wrong is low, then the feedback from failure can rapidly eliminate what doesn’t work and direct us onto a more certain road towards what does.

Now, this isn’t to say that actively looking to fail is the way forward. If you can concretely avoid it, do so. And there are times when the cost of failure is too high, and it’s worth experimenting with more caution.

The point is that the fear of failure shouldn’t limit action, and more importantly, it should never stop you from critically rethinking something you’ve already done.

Musk has repeatedly said that one of the keys to his success is his habit of reasoning from first principles. On the surface, it might seem inefficient to build a car or a rocket from scratch when there are already proven methods of doing so, but challenging the status quo is precisely what’s helped him find efficiencies where there previously were none.

He opens himself to the possibility of failure by starting at the bottom, and he constantly challenges existing assumptions and methods. By always being open to negative feedback, Musk has managed to significantly increase the rate at which his companies innovate.

How does this all tie into motivation?

Directly, it doesn’t, but there’s a deeper connection.

There’s a difference between aimlessly following a predefined path and making progress. Accomplishment fuels drive, and if you can apply strategies to help you increase the likelihood of success, then you’re creating a positive feedback cycle that inspires action and commitment.

On top of that, fear of failure itself kills motivation. By undressing the idea and using it as a tool rather than a hindrance, you eliminate a major hurdle.

Low-cost failure and negative feedback aren’t sexy concepts. In fact, there’s even shame associated with failing. But looking beyond the irrationalities, you’ll find these tools to be some of the most effective in carving out a reason to stay driven.

Elon Musk sees humanity as what he believes it should be and is working to get us there. In spite of what he’s already accomplished, in many ways, his journey is still in its infancy.

It will likely be a few decades before we see the fruits of his labor. Will we stop our reliance on fossil fuels anytime soon? Will humans land on Mars?

It’s hard to say. In either case, it’s going to take a consistent level of drive; drive in the face of difficulty, and drive in the face of improbability. And if there’s one lesson we can all learn from Musk, it’s how to effectively design this kind of drive into the quest to meet our own goals.

For many of us, a lack of consistent motivation is the last hurdle standing in between where we are and where we want to be. There’s no manual to nurture it, but by combining successful case studies with the story told by research, we can hope to paint a slightly clearer picture.

Want more? Zat Rana publishes a free weekly newsletter at Design Luck, where this article originally appeared. He uses engaging stories to share unique insights on how to live a better life by dissecting science, art, and business. 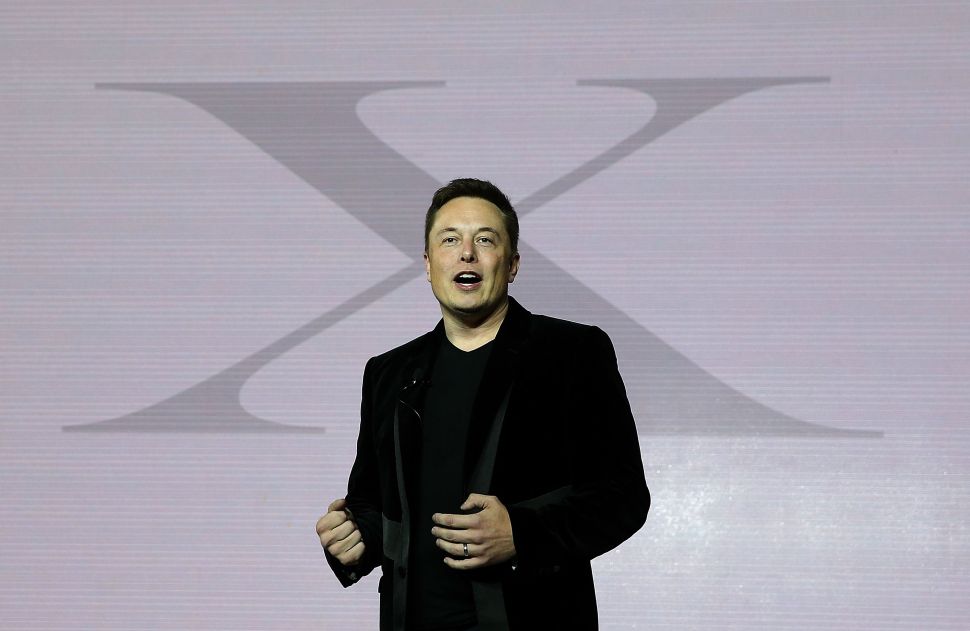