Employment can be a big boost to health, conferring up to 10 extra years of life, but not if you are black or female. In fact, in the United States, employment gives most of its health advantage to white men, particularly those who are most educated.

These are findings from a recent study I published on the effects of race, gender and employment on health. The paper shows that while employment lowers risk of mortality overall, its protective effect is far from being equal across population groups.

As a health disparities researcher, I spend most of my time trying to understand why some groups of people have worse health outcomes and die earlier than others. Race and gender are often root causes for these health gaps, and previous studies have identified the effects of race and gender on health outcomes. But this is the first time we have seen such striking differences due to employment.

Employment a key for health

Employment is essential for maintaining a good health. Research from the U.S., Canada, Europe, Australia and Asia have all documented a strong protective effect of employment against premature mortality. The effect of employment on health is due to income, less stress, better health behaviors and better access to resources for coping with stress.

Chronic unemployment reduces life expectancy up to 10 years. A review of 42 studies that collectively followed more than 20 million people showed that unemployment is associated with a 40 percent increase in the risk of mortality, net of other determinants of health.

The maximum health gain of employment, as measured by relative incidence of death, was found for white men.

In two other studies based on adults older than age 50 and those older than 25, education and income also showed smaller effects for black men than white men.

And yet, while having a job confers health benefits in general, men and women differ in at least three ways when it comes to the health effect from unemployment.

First, men take a bigger hit from unemployment than do women. That is, if unemployed, men lose more life expectancy than women.

For women, however, one study found excess mortality risk from unemployment is due to alcohol disease-related mortality and “external causes of death other than transport accidents and suicide,” which refers to such things as assaults, homicide and intoxication.

Health gain associated with employment not equal across races

Blacks and whites do not gain health benefits similarly from employment, education and even financial resources. For example, health gains due to education, neighborhood and several other resources and assets are smaller for blacks than whites.

So, our new finding on smaller health gains of employment among blacks is in line with what is seen for education and neighborhood quality.

Blacks who are unemployed maintain higher hope and mastery, which reduces their risk of depression and illness on blacks.

Similarly, perceived control over life and self-efficacy (i.e., the general belief that you can deal with problems) result in smaller health gains for blacks than whites. Even anger and depression are stronger determinants of poor health for whites than blacks.

Why is health gain smaller for women, blacks and those with lower education?

Employment does not protect our health in a magical way; it operates through income, increasing purchase power and generation of wealth.

So, it is not that women or blacks do not know how to work, or do not work as well. Rather, biases in the views and attitudes of all members of the society, particularly the labor market, generate such inequalities.

Research has shown us it is not the culture or the behavior of the individuals but the structure of the society that cause differing health gains across subgroups. By structural factors, we mean public policies, institutional practices and societal norms that cumulatively generate inequities.

There are many reasons. The types of occupations that blacks and whites enter differ. Also, segregation, lack of access to high-paying jobs and high-quality education limit women and blacks. The result is that white men are more likely to secure high paying jobs than women and blacks.

For every dollar that men make, women make 80 cents, with a 20 percent gender gap in pay. Most promotions occur among men not women. Together, these factors are major reasons that most CEOs are (white) men.

Another look at the same phenomenon

These recent findings suggest that white men’s health, more than others, depend on resources, and that their health would decline faster than other groups if they lose the privilege they are benefiting from. White men would do worse under the same adversity that other groups are living in.

This is consistent with groundbreaking work from public policy scholar Carol Graham, who has shown that under poverty, whites lose much more hope and happiness than blacks.

My research has provided extra support for her hypothesis. Although white men report less stress, when stress occurs, they have the highest risk of depression from such stress. I believe it is a sort of vulnerability that comes with privilege, due to lack of preparedness for harsh times.

Also, under poverty, many whites find themselves doing worse than their parents. At the same time, blacks who are poor may still find themselves better off compared to their parents, who were living under more racism. This is another reason why blacks maintain and whites lose hope under adversity.

Understanding these gaps and the reasons for them might give us a better understanding of the causes behind them and possible solutions.

Shervin Assari is a Research Investigator of Psychiatry and Public Health at the University of Michigan. This article was originally published on The Conversation. Read the original article. 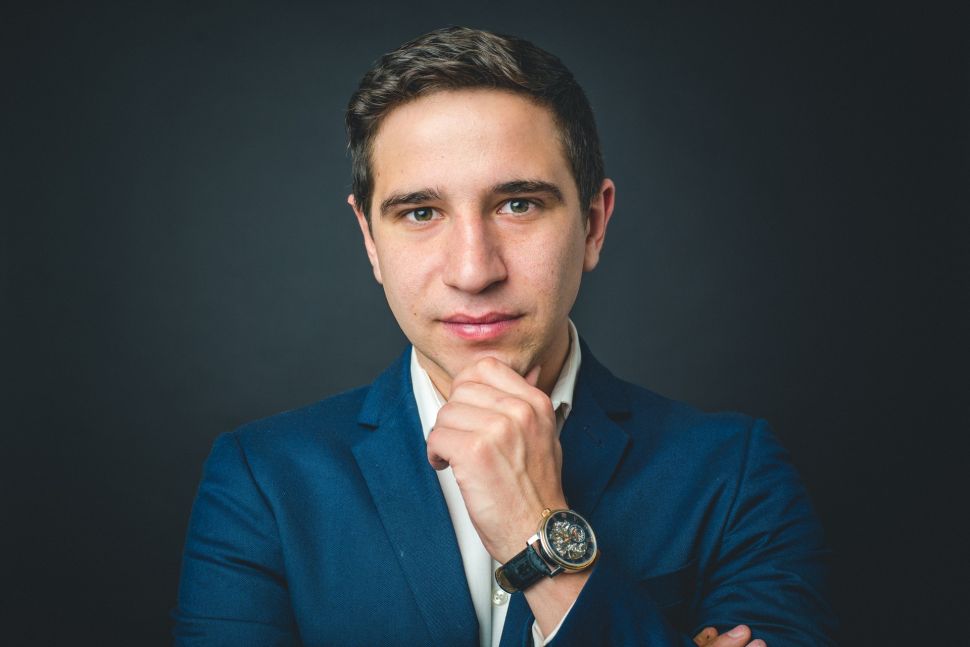