While American political parties spend millions and win races marginally, a brand-new party in France just won hundreds of seats with political novices. Trump Republicans, Berniecrats, Hillary Democrats and even Libertarians and Greens would do well to take notice.

Emmanuel Macron never held elective office before this year, but he made international headlines by capturing the French presidency against experienced rivals from established political parties. Pundits scoffed during his campaign. They assumed he would do poorly, since he didn’t have a political party at the time. They predicted defeat and embarrassment for him from the National Assembly.

As improbable as his election was, it was topped by another stunner. He then cobbled together a brand new party, La Republique En Marche! (REM), and teamed up with the Democratic Movement. They won nearly half the votes of French National Assembly and more than 60 percent of all seats—even though they didn’t exist a year ago.

That’s a stunner, considering that (a) they didn’t even have enough candidates to run for every seat, and (b) most of REM’s candidates had never held or even run for office before.

Socialists, Communists, and Conservatives, as well as the National Front right-wing populists were embarrassed.

If you think it could only happen in France or would be impossible in America, you would be wrong. It’s possible. It has already happened.

Back in 1854 at a tiny schoolhouse in Ripon, Wis., the Republican Party was born. It seemed like a Fool’s errand; everyone knew the Democratic Party was dominant. Since Andrew Jackson’s time, they had won five of the last seven elections and would go on to take the 1856 election against the first GOP candidate, John Fremont.

Their main rivals, the Whigs, only won two elections during that time. They were also buffeted by the “Know-Nothings,” anti-immigrant populists who sucked away key opposition votes.

But then, Abraham Lincoln, a two-term Illinois congressman who lost two U.S. Senate races, won the presidency in 1860 against all odds. The party went on to win the next six presidential elections and roughly 75 percent of the elections from 1860 through 1928. And they’re still doing pretty well—especially these days.

What was their secret that today’s parties should take note of? How might Trump pack Congress with loyalists? How could Bernie Sanders go from having supporters to a party? How might Democrats launch a comeback? How could Libertarians or Green Party types finally take power?

For that matter, how does “En Marche” (REM) establish lasting power over the course of decades, instead of being a one hit wonder?

1) Start on a single issue. For the Republican Party, being anti-slavery set the party on course to win big. For Macron, it’s about a centrist foreign policy, supporting the European Union, standing up to Vladimir Putin, and closer ties to the United States. When it comes to terrorism, he wants better electronic surveillance of terrorists. It’s a middle of the road path that shows a balance between the far left and far right in France. Team Trump coalesced around a populist economic policy and nationalist foreign policy, a coherent case that made it easy for voters to figure out his stand.

2) Mimic your opponent tactics to maintain office. During the Jacksonian era, the Democratic Party was famous for patronage of political offices. That’s something viewers of the Oscar-Award winning movie Lincoln saw the GOP delve into in order to pass the 13th Amendment to outlaw slavery, a signature part of the party’s policy portfolio. If you can’t beat them, join them.

3) Rely on famous people to keep the party going. After Lincoln’s assassination, the party recruited Union generals from the victorious Northern Armies as nominees, from Ulysses S. Grant and Rutherford B. Hayes to James Garfield and Benjamin Harrison. En Marche (REM) is already cozying up to Arnold Schwarzenegger. New parties and factions like Trump’s Republicans, Democrats or the Bernie Sanders revolution would do well to heed such advice, looking at heroes from combat, entertainment, athletics, or elsewhere to “keep the party going.” 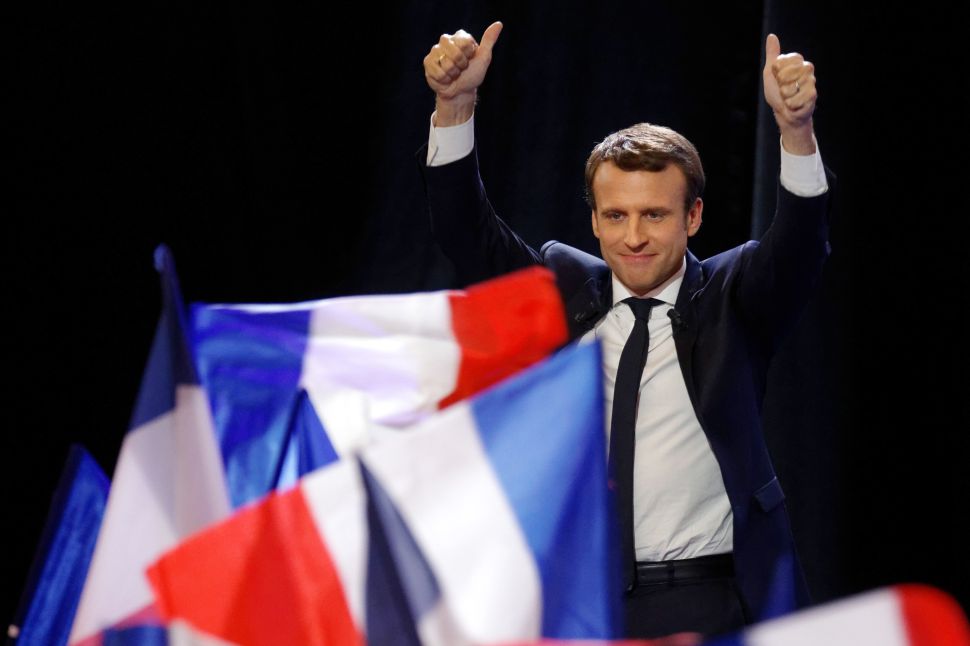