The forceful win of Emirates Team New Zealand (ETNZ) in the 35th America’s Cup (AC) has set off an investigation not dissimilar to an Agatha Christie mystery novel. The scene of Oracle Team USA’s demise took place on the waters of Bermuda’s Great Sound. There, in a seven to one win, ETNZ won the “Auld Mug,” Sir Thomas Lipton’s 1928 term for the trophy. It’s gone by this moniker ever since. The races were never going to be easy for Oracle. As OTUSA skipper Jimmy Spithill said, “This is by far and away the strongest group of challengers we’ve ever had for the AC.”

Like all good mysteries, speculation ran high. From the Edwardian-vibed bar at the Royal Bermuda Yacht Club, to the Club SoHo-style 1609 bar at the Hamilton Princess Hotel, to those seated at their mahogany tables on the aft decks of the mega-yachts lining the quays of Hamilton Harbor, the speculation ran as follows:

The scuttlebutt is that Burling out-sailed Spithill. He won more of the crucial starts and never gave up his advantage. He made fewer mistakes. This theory resonates as it is almost impossible to recover from a bad jibe or a buried hull. Any sailing mistake can be fatal, and Burling made less of them.

The speculation will go on for years. Yet the facts are what they are. In a stunning upset, ETNZ has the cup and now must decide the terms of the next challenge. This mystery will be equal to how they won it.

Do they take the races back to New Zealand? Do they do that in two years as all the other teams have agreed to, or keep it at four years? Are they going to sail in catamarans or return to less expensive mono-hulls? Will they institute some type of nationality requirement? (Oracle did not have one starting American on the team. All the sailors were hired hands from Australia or New Zealand.)

Lastly and most importantly, what will be the role of Russell Coutts and the America’s Cup Event Authority? This Cup challenge was both his and billionaire backer Larry Ellison’s vision. Now that the winner, New Zealand, can set the rules, they may set a different course.

Stay tuned for the lead “suspects” in AC36 to be back on the sailing pages very soon.

If you’re interested in a more in-depth, technical analysis of the AC35, there is no better source than Matthew Sheehan’s Facebook page. He’s the dean of yachting writers. 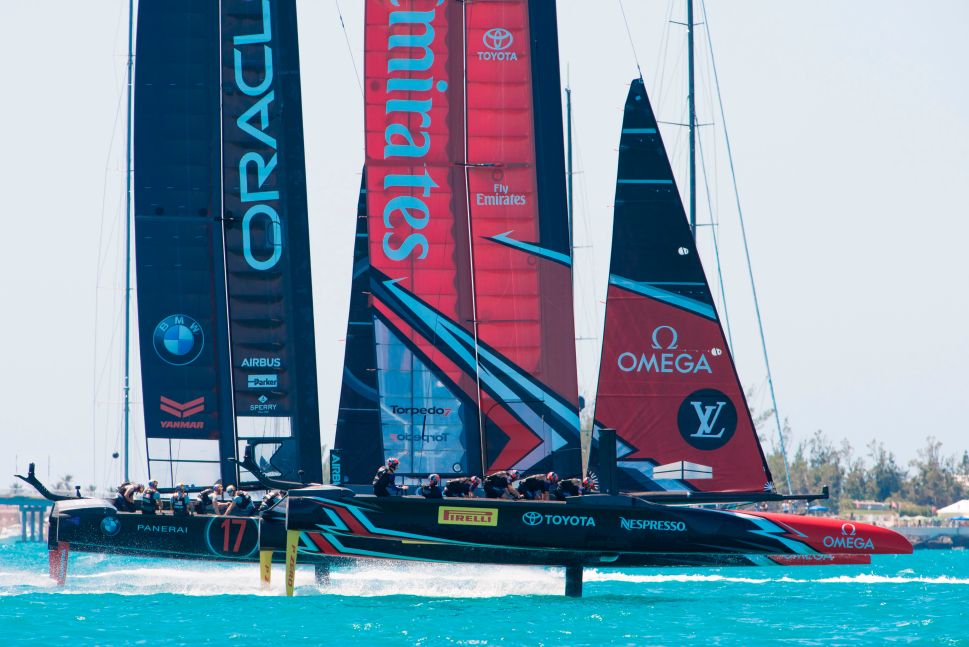