It doesn’t matter where you are in life, this is the progression of how things go.

For the women in the Litchfield Penitentiary, this progression has reached a new level, an extremely high one.

As the fifth season begins, everyone inside those walls (and some outside) are pushed to the brink as every one of them tries to make their own personal statement about what they feel really matters.

When last we saw the ladies of OITNB, an uprising was set in motion when a guard killed Poussey during a riot at Litchfield. In the chaos afterwards, sadistic prison guard Humphrey loses control of his personal firearm and suddenly finds himself staring down the barrel of that gun as inmate Daya points it at him.

Season 5 picks up right in that moment, when Daya, and ALL of her fellow inmates, seemingly have the upper hand—and lots of decisions to make.

What transpires is equal parts sickening, shocking, salacious, satirical, silly, and sad. All of it is unsettling, as it should be.

In hindsight, the things that seemed outrageous and maybe scandalous in the four previous seasons of OITNB now seem rather tame in light of this new direction.

The shift in tone makes the series a bit tougher to digest, but that doesn’t make it any less intriguing to watch. It almost makes seasons past feel a little complacent in terms of real drama. Issues that seemed so intense at that time now feel petty compared to this. This is real, palatable intensity.

What makes all of it so fascinating is watching each of these inmates, who viewers have come to know so well, figure out what personal strategy she wants to take in the midst of the chaos—exploit the situation for some sort of personal satisfaction and/or gain? Or, try to find something in all of this that will actually make things better for the group as a whole?

With even this tiny speck of new freedom, there’s a whole realm of brand spanking new choices for everyone and the best description of the bedlam and brutality that ensues comes when inmate Morello says in her singsongy, high-pitched voice, “It’s like a party, except terrifying!”

While the format of this season is bit of a change-up, with the entire 13 episodes taking place over just three days, some familiar pieces of the past remain—mainly the flashbacks that help explain how some of the inmates became who they are (although not necessarily explaining exactly how they ended up at Litchfield). This is somewhat comforting in a strange way given the present day violence that’s clearly affecting everyone, in varying degrees.

Another factor that makes this particular storyline work in this specific moment is that it’s something that really wouldn’t have been possible any earlier in the series. Sure, it could have been done—a riot in a prison isn’t far-fetched—but any sooner in the narrative and it may have seemed merely gratuitous. For something like this to have the greatest possible effect on viewers, there has to be an absolutely firm connection between those viewers and the characters within the story, otherwise, none of it would mean anything. It would be just another plot point in the overall scheme of the narrative. Because fans have had time to grow right alongside the ladies of Litchfield, and some of the guards and prison personnel as well, what unfolds is much more impactful than had it happened prior to the establishment of such a bond.

As this season begins, the ‘us’ versus ‘them,’ meaning the inmates versus the guards, undercurrent that has always been there, escalates in such a way that it’s hard to know just who to root for. Hard to fathom actions abound, and the curious examination of the intersection of action and outcome that has constantly been at the center of OITNB rises to an unprecedented level.

Every single individual here is faced with countlessly painful choices, forcing unwanted decisions that must be made, resulting in unpredictable consequences.

This show is still capable of triggering bouts of laughter from its viewers while scaring them at the same time. The narrative can sweep from witty and funny to deadly serious in a matter of moments, which is not an easy feat and one of the major reasons that so many have come to appreciate this series.

Given all of this, the choice of whether to watch Season 5 of OITNB rests solely with you, the viewer. Make your decision and then get ready for what’s to come. The consequences of your actions will soon be revealed.

Season 5 of Orange is the New Black is available now for streaming via Netflix. 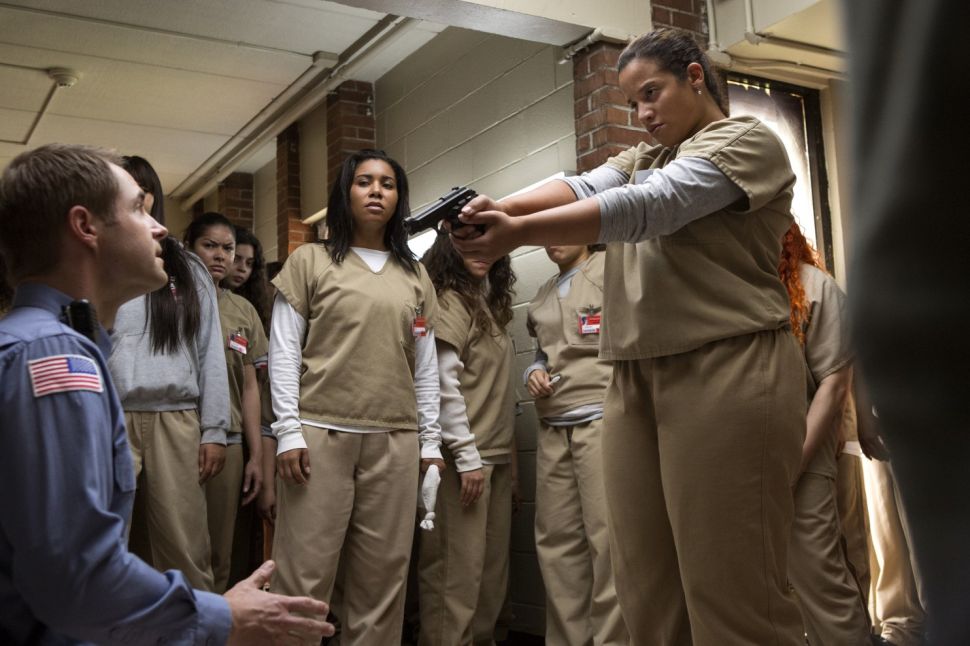