And the Oscar goes to…a video game? Quite possibly, thanks to a jury in Austria.

As part of a ceremony this week, the Vienna Shorts Festival awarded jury prizes to live action, documentary and animated short films. By virtue of their selection, these three films will be eligible in the corresponding categories at the 90th annual Academy Awards in 2018.

What makes this year’s list of winners particularly notable is that Everything, the winner of the animation prize, isn’t a film at all—it’s a video game. Not only that, it’s the first video game ever to be eligible for an Oscar.

Everything, created by David O’Reilly, is “an open ended interactive experience and reality simulation,” the game’s website reads. An 11-minute trailer for the game was submitted to the Vienna jury, which said it “encourages (us) to let our egos dissolve and gain a new perspective on the world.”

The world of Everything is as micro or macro as a player wants to make it—the game utilizes a “persistent universe” controlled by users. They can freely create and design levels while inside them, adding or subtracting elements where they see fit.

To illustrate its universal nature, Everything‘s website includes pictures of worlds as tiny as atoms and cells or as large as the jungle and open sky—there are even levels set in space. There are also over 10,000 playable characters in Everything, including animals (elephant, zebra, panda, frog) and inanimate objects (watermelon, piano, swing set, rubber duck).

There is one aspect of Everything that is slightly Big Brother: the game requires no player input—it’s automatically programmed to explore, even when the user is not physically at the controls.

While it’s still an open question whether Everything will be Oscar-nominated, the Academy has gotten more friendly to new media in recent years. Projects from Amazon and Netflix won Oscars earlier this year.

Everything is available for $14.99 on Steam for PC, Mac and Linux users. There is also a PlayStation 4 version. 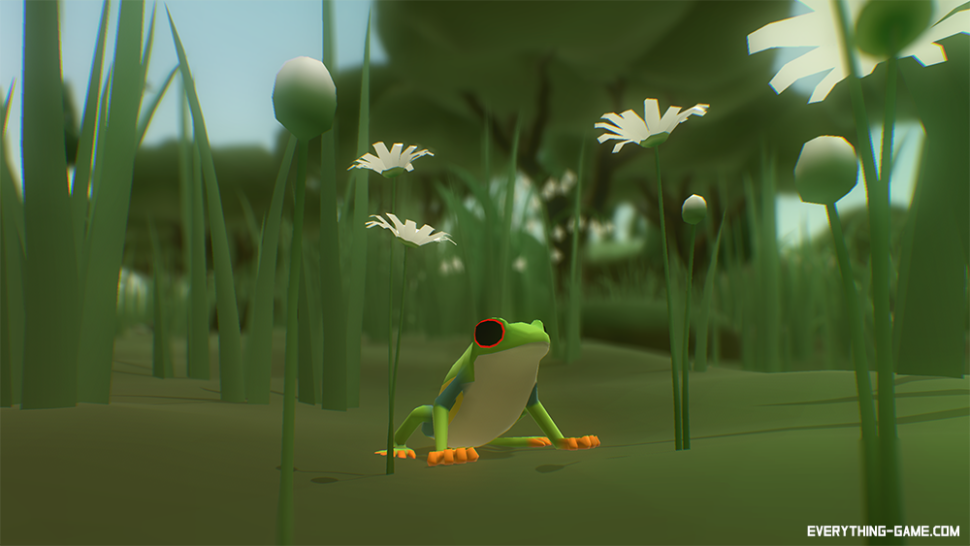