In the video for her fantastic song “Malibu,” you’ll notice something different about Miley Cyrus. She is is innocent. She’s the type of girl you would bring with you to church on Sunday. Miley Cyrus is no longer fighting the double standard in the music industry that praises sexual men to the heavens above but degrades women for being the same. Perhaps Miley became tired of being a washing board for misogyny. Some of the nicer words that have been used to describe her since her 2013 VMAs romp are “slut,” “whore,” and “bitch.”

As the Crushable noted weeks after the infamous performance, Miley rightfully pointed out that barely anybody criticized Robin Thicke, the man “behind the booty.” Critics retorted that they weren’t criticizing Miley for acting sexual; they were chastising the former Hanna Montana star for being sexual without making a point. You see, women still have to have a “purpose” for acting a certain way.

Miley continued her sexual rebel hip-hop phase as she continued to twerk, style her hair in cornrows, film videos naked, and basically stick her tongue out to anybody who would watch. In the short term, this actually helped. But by the time her album Miley Cyrus & Her Dead Petz was released in 2015, the world yawned. Miley Cyrus was no longer a hot commodity.

Perhaps all the controversy Cyrus faced for “cultural appropriation” at the time was just misdirected SJW talk. What if Miley truly was comfortable in her hip-hop sexual style? What if the cornrows and twerking were really part of her true personality? No matter, Miley did what a good business person does when a product is no longer working—she threw it out. Unfortunately, now that Cyrus has thrown away her former image, she gives some legitimacy to the cultural appropriation accusations, which are still misdirected at other pop stars. Cyrus described her divorce from hip-hop culture to Billboard when talking about a Kendrick Lamar song.

“I love that because it’s not ‘Come sit on my dick, suck on my cock.’ I can’t listen to that anymore. That’s what pushed me out of the hip-hop scene a little. It was too much. ‘Lamborghini, got my Rolex, got a girl on my cock’—I am so not that.”

As one can expect, Miley has been trashed on Twitter ever since.

One can only hope Miley doesn’t throw away her newfound “bisexuality” like she did with hip hop culture. Or maybe she did. After coming out as bisexual in 2015, Miley decided that being a “pansexual” suited her better. To some, Miley’s newest identity was empowering. To others who truly suffered with their sexuality and being ousted from society for years, it was insulting that Miley was using her sexuality as a marketing tool.

However, it’s true that Miley has done more for the LGBT community than most of her peers. In May of 2015, Cyrus launched the Happy Hippie Foundation, an organization devoted to helping homeless LGBT youth and other marginalized populations. And she has just released the excellent single “Inspired,” as a tribute to Pride month.

Perhaps some are being too hard on Cyrus. After all, she still is a young girl, and most young women experiment with identities. Some may argue that the hip-hop version of Miley is what she was four years ago, and the pansexual country girl is who she is right now. After all, musical icons such as Madonna and David Bowie always experimented with new images and weren’t criticized as heavily.

Whatever people accuse Miley Cyrus of, they should stop using the phrase “lack of talent” with this superstar. She has a gorgeous voice with a melodic tone, is an excellent performer, and has proven that she can master different genres of music. However, perhaps lack of authenticity will bury her career in the long run. 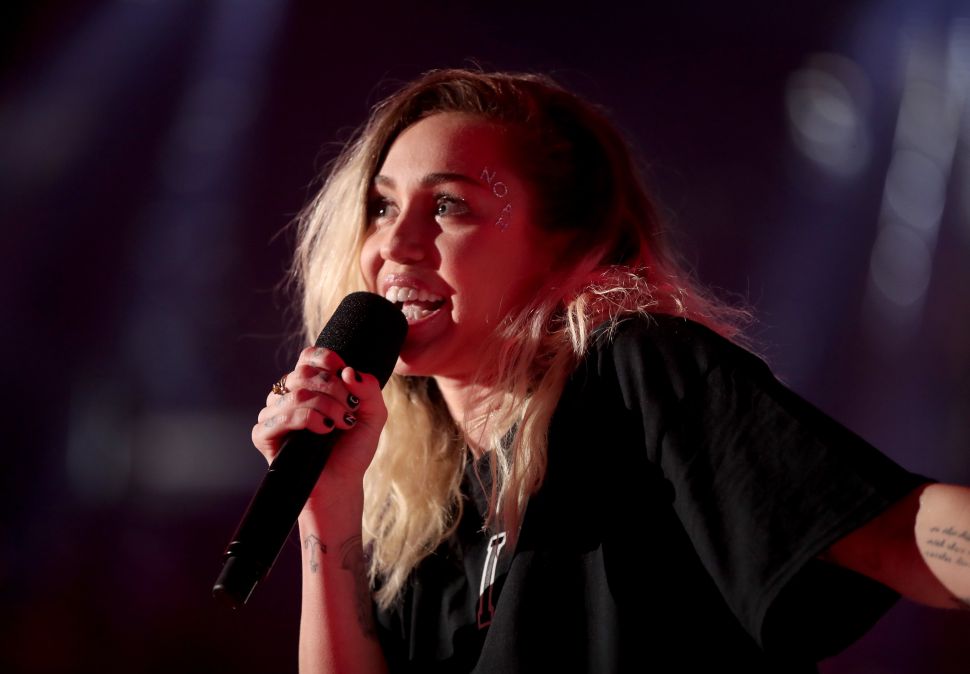