I am a 28-year-old, New York-city based journalist who has struggled her entire life with weight. As a size 6/8, I am by no means fat and have no problem attracting male attention, but, like many women, I long for a slender hourglass figure. I want to be able to prance through a field with the ease of a ballet dancer, instead of feeling burdened by the heaviness of my breasts and thighs. I want to be able to slip on a shirt in a store like a live mannequin, instead of evaluating whether or not the sales price justifies the rolls of bra-fat sticking out like a tumor on my side. I want to be taut and lean enough that when my date sees me and says, “You’re stunning,” I want to believe him instead of feeling like he’s just saying that because he has to.

When I was coming of age in the early aughts, the apex of beauty was having a stomach flat enough to espouse a belly ring, like Britney Spears or Christina Aguilera. So, naturally, as a 15-year-old, I developed my first eating disorder, feverishly exercising while also subsisting on a diet that consisted of chopped tomato and cucumber drenched in balsamic vinegar. My best friend and I, as broke high school students, photocopied every page of the Weight Watchers handbook, and I vividly remember chasing down papers that had blown away in the wind at a barbecue in a desperate attempt to find out how many points watermelon was (kids today do not understand how real the struggle was).

Growing up in a Russian household, where every passing stranger feels entitled to comment on what your body should look like, did not help. I remember going to dinner parties at 12 (when the problems began) and having family friends literally take food out of my hands before I put it in my mouth. “You can have some bread,” the head of the household would say to my naturally thin friend, “But you can’t,” he’d say, turning to me. When I was 17, on a train to the middle of nowhere in Russia, an old army vet admonished me for trying to lie next to my rail-thin cousin because, according to him, I’d “crush her.” I went into the bathroom, which reeked because someone had clogged the toilet up with a sneaker, and cried until daybreak. I didn’t eat solid food for the rest of that year.

But America wasn’t much easier. At 18, my eating disorder had essentially made my period cease to exist, and when I told my male gynecologist that I was anorexic, he eyed my naked body up and down and said, “Well, you can’t be THAT anorexic.” I dropped another five pounds that month.

All of this is just to say: ladies, I feel you, and I think it’s GREAT that we’re promoting different body types as beautiful. I think it’s great that a recent study shows that seeing more plus-size models has improved women’s psychological health. I think it’s great that Ashley Graham was on the cover of Sports Illustrated Swimsuit Edition and that Iskra Lawrence graces Aerie’s underwear ads. But I also think it’s all a bunch of highly marketable bullshit. Because Ashley Graham and Iskra Lawrence (much as I respect what the message they are trying to send) aren’t a sign of a progressive attitude toward body image; they’re just another facet of the same body ideals we’ve had since the beginning of time.

Tip for wearing a strapless bra- go down a size only in the band. Keeps the girls lifted without suffocating them.

These two plus-size models are larger, size-wise, than, say, ‘90s Winona Ryder, but the attributes that make them conventionally attractive are still the same: slender legs, large hips, small waist, big bust. In fact, for all of her body positivity grandstanding, Iskra’s figure is much harder to attain than Winona’s. You can (though you definitely shouldn’t) starve yourself in order to be waifish. To get Iskra’s exaggerated waist to hip ratio, however, you need plastic surgery, which by the way, is dangerously on the rise for teens in an era when a big bum is the standard for beauty.

You might say, well, what about all of those photo essays of morbidly obese women who promise to “change your view of what is beautiful”? To that I say: the women who take part in them are brave and awesome and have every right to love their bodies and put them out there. But the media outlets that tout these photo essays as a “feminist” approach to body image are actually being really patronizing to the women they are addressing.

First of all, we’ve become so obsessed with sexualizing a woman’s body that we have completely forgotten the idea that maintaining a healthy weight is primarily an issue of wellness, not beauty. It’s not healthy to be overweight, or especially obese, because it puts you at a greater risk for diabetes, heart problems, stroke, certain types of cancer, and other diseases. I don’t want to state the obvious, but I have to because it seems like we’ve forgotten that it’s important to maintain a healthy diet and exercise regime not so that we could get more right swipes on Tinder, but so that we can live longer, happier, healthier lives.

But even if we do approach these essays purely from an aesthetic angle, they’re still super condescending. I’ve worked at several magazines that pushed out these articles every day like a sausage factory, and no one on the size-two editorial staff actually bought into it. Because what we find attractive is actually in many ways quite scientific. Decades of studies analyzing the ideal female body from Greek statues to Renaissance paintings to Twiggy to Marilyn Monroe and so forth have shown that while beauty fads do shift, the same body proportions have been consistently revered throughout Western history and culture. Whatever the size, a 0.7 waist-to-hip ratio seems to always be “ideal,” because that indicates that a woman is especially fertile (fertility being the scientific basis for why we want to have sex to begin with). To my earlier point, however, research also shows that women who carry their weight in the hips face fewer health risks than those than carry it in their waist, so there’s a health component here as well.

If you think we’re being really progressive nowadays with touting the big-bottomed figures of Kim Kardashian, all you gotta do is look at the paintings of Toulouse-Lautrec which all but scream, “DAT ASS.”

I am tired of seeing ads that say, “Your body is perfect just the way it is.”

Weigh in on the Dove controversy! Would you pick the bottle that most closely represents you? #dove #dovebeauty

Because it’s condescending on two levels. Firstly, it pretends women are gullible enough to buy into the notion that they would rather be overweight than look like a Victoria’s Secret model, which we’re not. But, more importantly, it makes it seem like everyone has to be beautiful and have the perfect body, which is actually kind of retro. You don’t have to have the perfect body just like you don’t have to be a neuroscientist or a Nobel Prize-winning novelist. We are much more than the skin we’re in. We have so much more to offer than just beauty.

For me, my moment of liberation came not when I looked in the mirror and thought, “You know what? I’ve got these rolls of fat, but I’m perfect anyway.” My moment of liberation came when I looked in the mirror and said, “You know what? I don’t have the perfect body, I’m never going to have the perfect body, and that’s FINE. Because I’m so much more than just my body. I’m smart and talented and funny and all of that matters a hell of a lot more than how I look in a bathing suit.” And that, to me, is true body positivity.

I love to look through old photos of people on historic days, which is why I decided to dress like this today. So that one day, my kids can see this picture and say, "There's mommy on November 8, 2016. She voted for Hillary and she wore a suit and then she went into the office for her job as a reporter. 🇺🇸 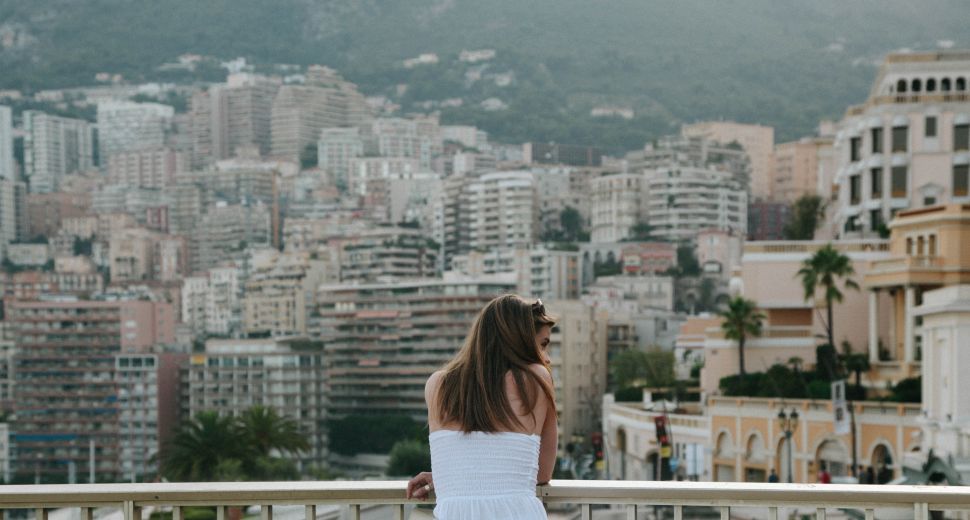