Another day, another piece of dire news for Britain, in what could easily be dubbed The Summer of Hate. Last night a terrorist was dragged from a rented van, having mounted the pavement close to Finsbury Park Mosque, and killing at least one person.

There was anger on the streets, as young Muslims shouted at journalists because they did not immediately call the incident “terrorism.” The reaction showed the paranoia and isolation of Britain’s Muslim community, and I fear the rumor mill in evidence today will lead to even worse community relations.

All these attacks follow a familiar pattern to those of us watching them closely. First, one friend or another asks to social media something like, “What’s going on in Finsbury Park?” Then, journalists begin searching Twitter for eyewitness accounts. Within minutes, the police have tweeted about a “major incident.”

There is always some degree of confusion, with accounts differing and often contradicting one another, call it the “fog of terrorism.”

All of this happened last night—and we also got anger from young Muslims that the attack on their community was being downplayed. They thought the police would have declared a “terrorist incident” had this been a Muslim had attacking non-Muslims. So their declaration of “a major incident” was taken as evidence the police sought to brush the attack beneath the proverbial rug.

They’re wrong. The police never confirm anything until the fog has cleared.

Muslims expressed shock that local news weren’t immediately flooding the streets, believing full film crews traditionally set up within an hour of the attack. This rarely happens, unless the scene of the crime happens to be close to a studio or a roving camera crew. People took to Twitter to suggest the “attack was being ignored,” and “nothing is on the TV this time,” and “mainstream media ignoring attack on Muslims.”

I received a barrage of abuse for tweeting this: “I’ve seen the photo of the arrested man. He looked dazed so he could be a drunk or drug addict. Unlikely but possible. #FinsburyPark.” Apparently, considering the “unlikely” possibility that this might have been an accident was deeply offensive.

As it turns out, an eyewitness confirmed the man was dazed because he had been apprehended by worshippers from the Mosque. They had shown enough restraint not to kill him, but he was not treated with kid gloves during the time it took for the police to arrive.

I should make clear—because I’m sure someone will get angry about this “allegation”—I have no problem with him getting a bit roughed up. Frankly, I’d have had no problem with them beating him to death; it would have been a noble act of civil defense.

All of this highlights a major part of the problem in the UK. The Muslim community has convinced itself that it is hated and marginalized. This attack will be remembered as the one the British tried to deny the existence of, even though no such thing happened.

Twitter propagandists will have a field day on conspiracy theories that it was really the government that did it. Or that the media tried to deny it really happened. Or that middle England will write off this suspect as “mentally ill,” but would have called him a “terrorist” had he been Muslim. Or that Britain doesn’t care about the offense caused by launching an attack in such a holy part of the Islamic calendar.

The word will spread that killing Muslims is acceptable in Britain and some will lose their sense of reason in response. This is what radicalizes, but Britain must fight back by telling the truth: Nobody denied it was terrorism, nobody downplayed it, media did not try to ignore it, police were not treating Muslims differently and we all accept that white guys can be terrorists, too.

This attack was probably inspired by the toxic propaganda of the far right. Let’s hope it doesn’t solicit a response from the Jihadi rumor machine. I expect to be disappointed. 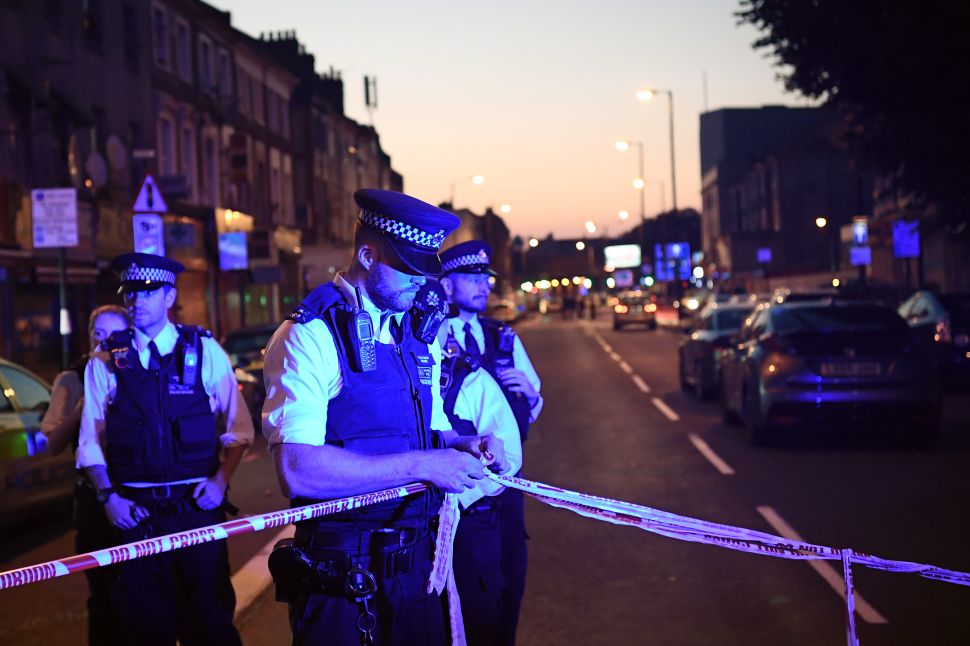