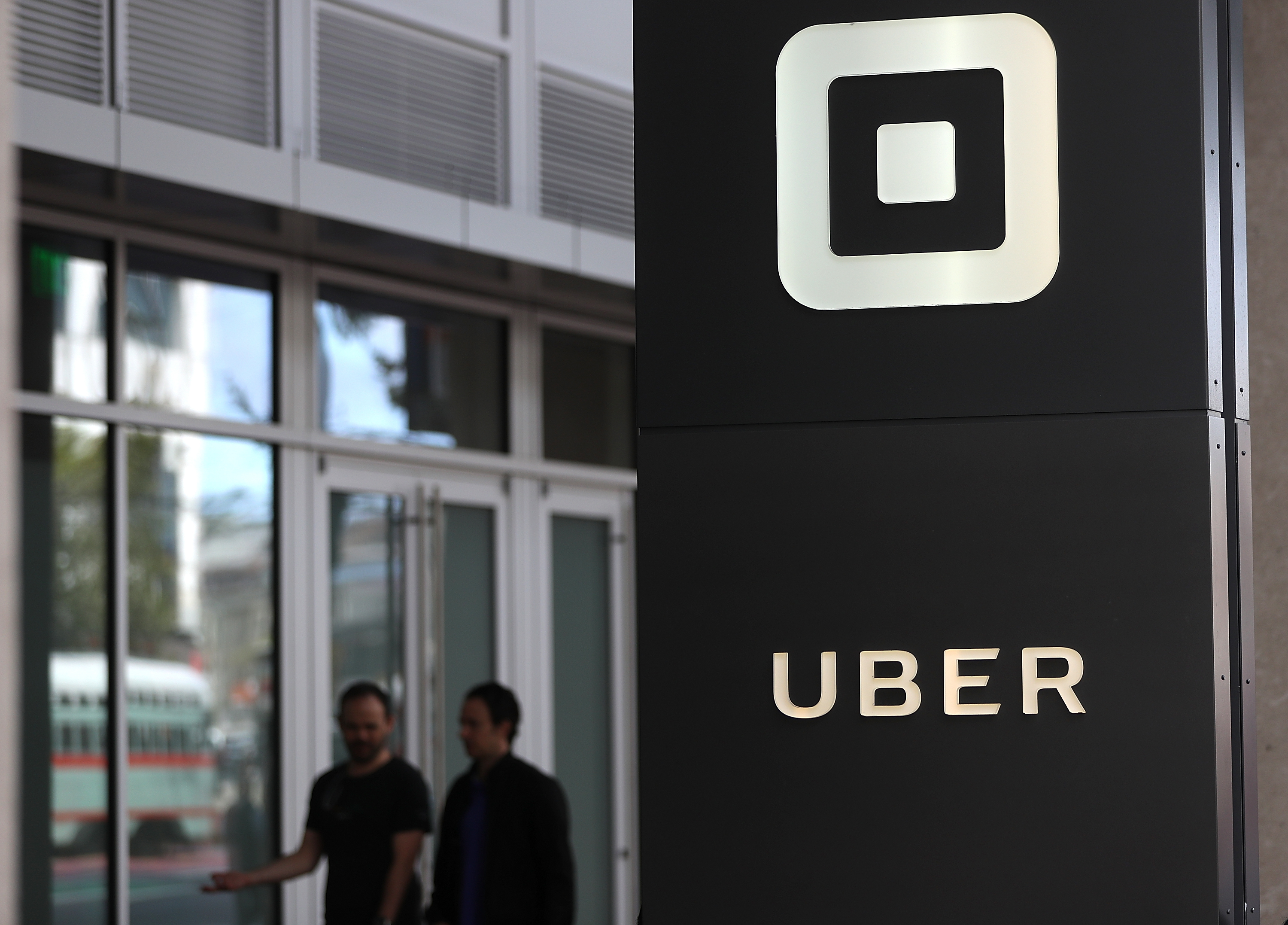 A toxic corporate culture may begin at the top, but it doesn’t end there. Justin Sullivan/Getty Images

In times of organizational crisis, some companies are able to right the ship, while others sink under the pressure.

Recently, Uber has been under fire for a bad corporate culture, which promoted, among other things, sexism and other forms of toxic behavior. This led to a four-month investigation and pressure from the board for founder and CEO Travis Kalanick to take an indefinite leave of absence. He suddenly resigned as CEO on June 20 after several major investors demanded he step down.

Unfortunately, Uber is not the only company to come under public scrutiny in recent months for its toxic culture. Fox News and Sterling Jewelers have also been accused of widespread sexual harassment. And other companies, such as Volkswagen and Wells Fargo, have been in the media spotlight for unethical behavior.

Many have focused on the role of leaders in allowing toxic cultures to fester, which is what led to the ousting of Fox founder Roger Ailes and Kalanick’s departure. While this is certainly a necessary step, it’s not enough.

Our research shows that companies need also to root out a bad leader’s followers among the rank and file and make other important internal changes. Otherwise, a moral meltdown like Uber’s is likely to happen again. 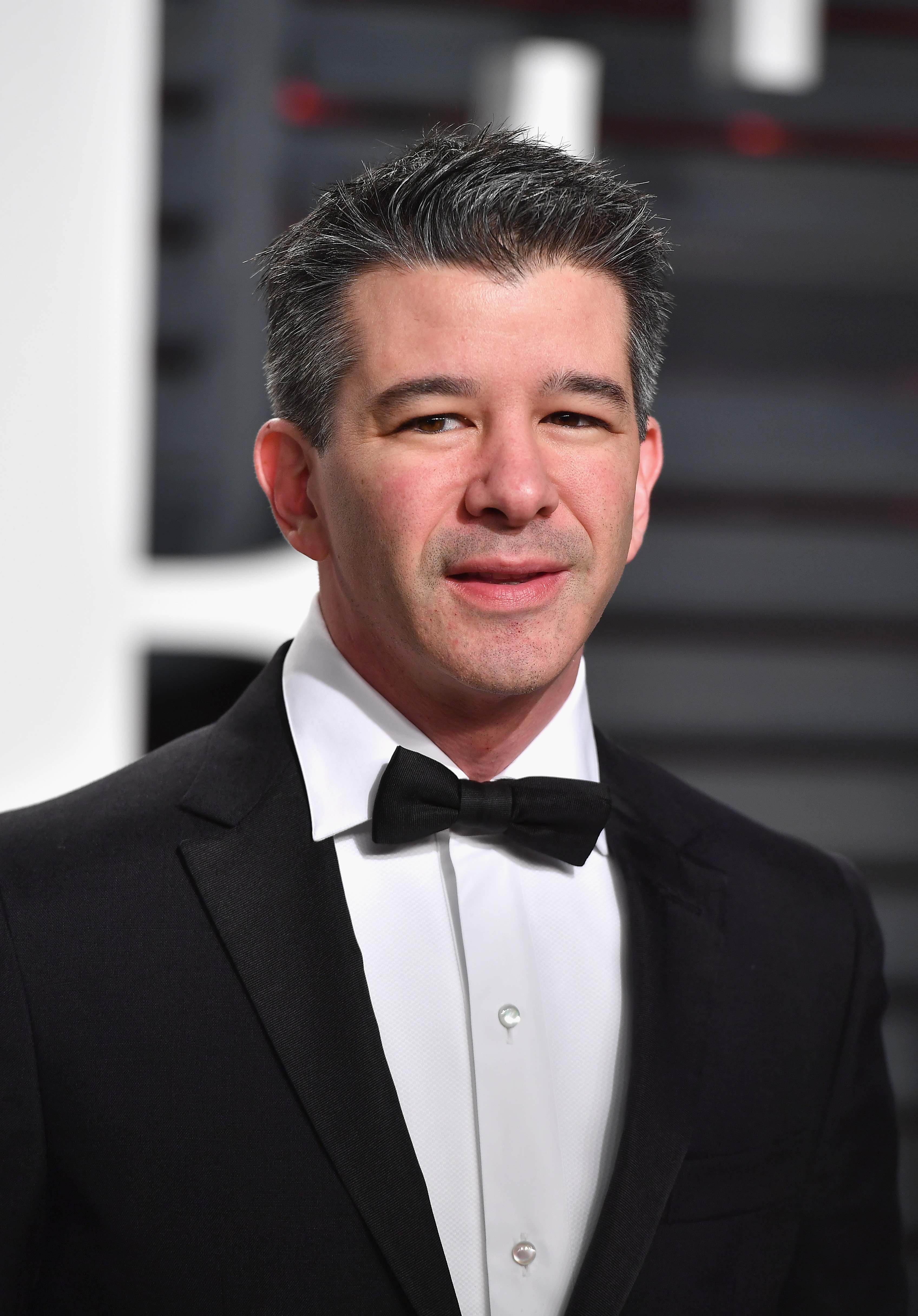 Harassment in the workplace

Sexual harassment is a widespread problem in U.S. workplaces, and its effects are pervasive and corrosive.

It is estimated that 58 percent of women in the U.S. have encountered potentially harassing behaviors at work, while 24 percent have experienced sexual harassment.

Victims tend to suffer in many ways, including through lower job satisfaction, damaged physical and mental health and symptoms of post-traumatic stress disorder. Employees who witness sexual harassment at work are likely to experience the same negative outcomes.

Harassment is more likely to occur in organizations in which managers have a lot of unchecked power over lower-level employees, as seems to be the case at Uber and Fox, with their powerful and charismatic founders.

Importantly, these toxic behaviors do not start and stop with those at the top. They may become embedded in the organization’s underlying culture, which begs the question: Once a toxic culture takes hold, what can a company do to reverse it?

Our work on toxic leadership demonstrates how toxic, unethical, flawed or otherwise ineffective leaders can do a lot of damage in organizations.

But the damage can also run both ways. Susceptible followers, a lack of checks and balances and other cultural elements can help create or reinforce bad leadership.

Thus, while it is easy to fire leaders when a culture becomes toxic, there are many other factors that must be addressed for true organizational transformation to occur. Our research suggests some best practices for addressing these factors and reversing a culture gone wrong.

With respect to followers, there are certain types of individuals who are likely to remain obedient to toxic leaders, turn a blind eye to their behavior and even participate in the leader’s destructive activities.

Based on established theory and research across a wide range of scientific disciplines, our recent work proposes five types of followers who are particularly susceptible to the influence of toxic leaders.

We break these groups into two overarching categories: “conformers” (individuals who are prone to obedience) and “colluders” (those who actively align themselves with toxic leaders).

In terms of conformers, “lost souls” are insecure individuals who lack a clear sense of self and who find a sense of identity, purpose and belonging through their affiliation with strong, powerful leaders and their groups. “Authoritarians” are those who rigidly adhere to social hierarchies and tend to simply follow orders, whether ethical or unethical, from senior leaders.

Finally, “bystanders” are fearful individuals who remain silent and turn a blind eye to a leader’s toxic behavior to prevent any negative consequences to themselves.

In terms of colluders, “opportunists” are those who ingratiate themselves with toxic leaders for personal gain, while “acolytes” share the same values, beliefs and goals as the leader. 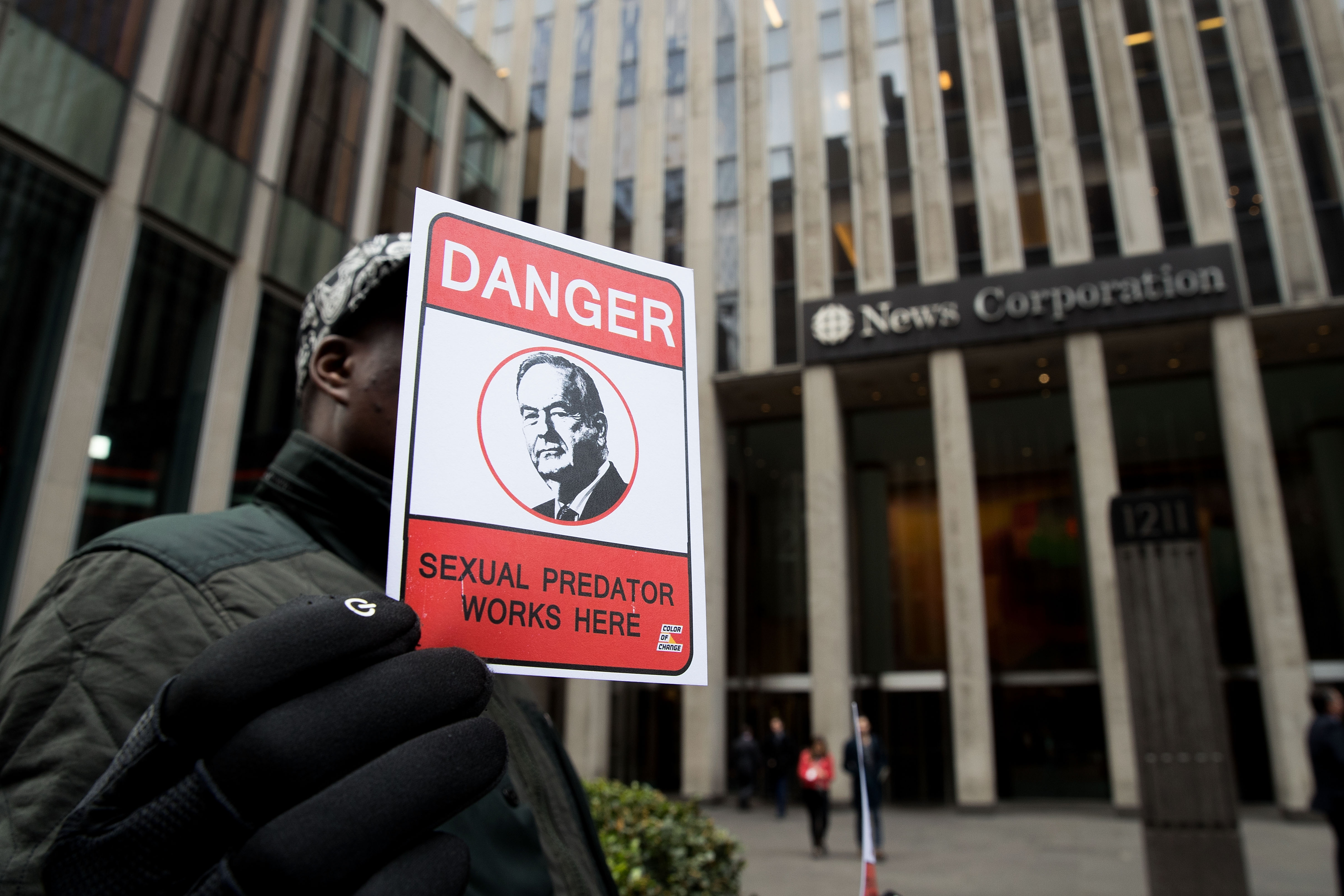 Some employees, such as former Fox News anchor Bill O’Reilly, have to go in order to fix a toxic culture. Drew Angerer/Getty Images

What to do with followers

Importantly, when toxic leaders are replaced, these followers remain. How should organizations deal with each of these follower types?

First, in terms of colluders, it should be obvious that acolytes and opportunists need to be rooted out and let go. Opportunists are sure to put their own self-interests ahead of any ethical concerns and the greater good of the organization, while acolytes are likely to possess the very same values and beliefs that got their leaders into trouble to begin with.

For example, at Uber, those managers who were identified as active promoters of the culture of harassment that was passed down from the top should be let go. For the same reason, ex-Fox host Bill O’Reilly had to be fired, given the many sexual harassment allegations against him.

But companies obviously can’t fire everyone. And so with conformers, employees who are lost souls or authoritarians are at greater risk of blind obedience to those in power – and being co-opted by another bad manager, thereby making it harder to fix the culture. As such, targeted interventions that seek to retrain these individuals must be a primary goal. Because cultures are sticky, these followers will need to be taught to behave in ways consistent with the new culture.

In particular, it is important that they understand the importance of constructively challenging and holding leaders accountable and that these behaviors are rewarded and expected within the new culture. At Uber, employees who were closely aligned with the staffers it fired after the investigation will need retraining to learn the company’s new value structure.

Finally, bystanders need to be empowered to act when they observe malfeasance, given their fears and natural tendency to turn a blind eye to toxic behavior. This means creating clear, non-punitive methods for reporting bad behavior and training individuals on all issues surrounding effective whistle-blowing. Fox News, for example, had an anonymous hotline for reporting abuse, but few employees felt comfortable using it. The company will need to empower employees like Gretchen Carlson – the first to publicly raise the issue of sexual harassment. 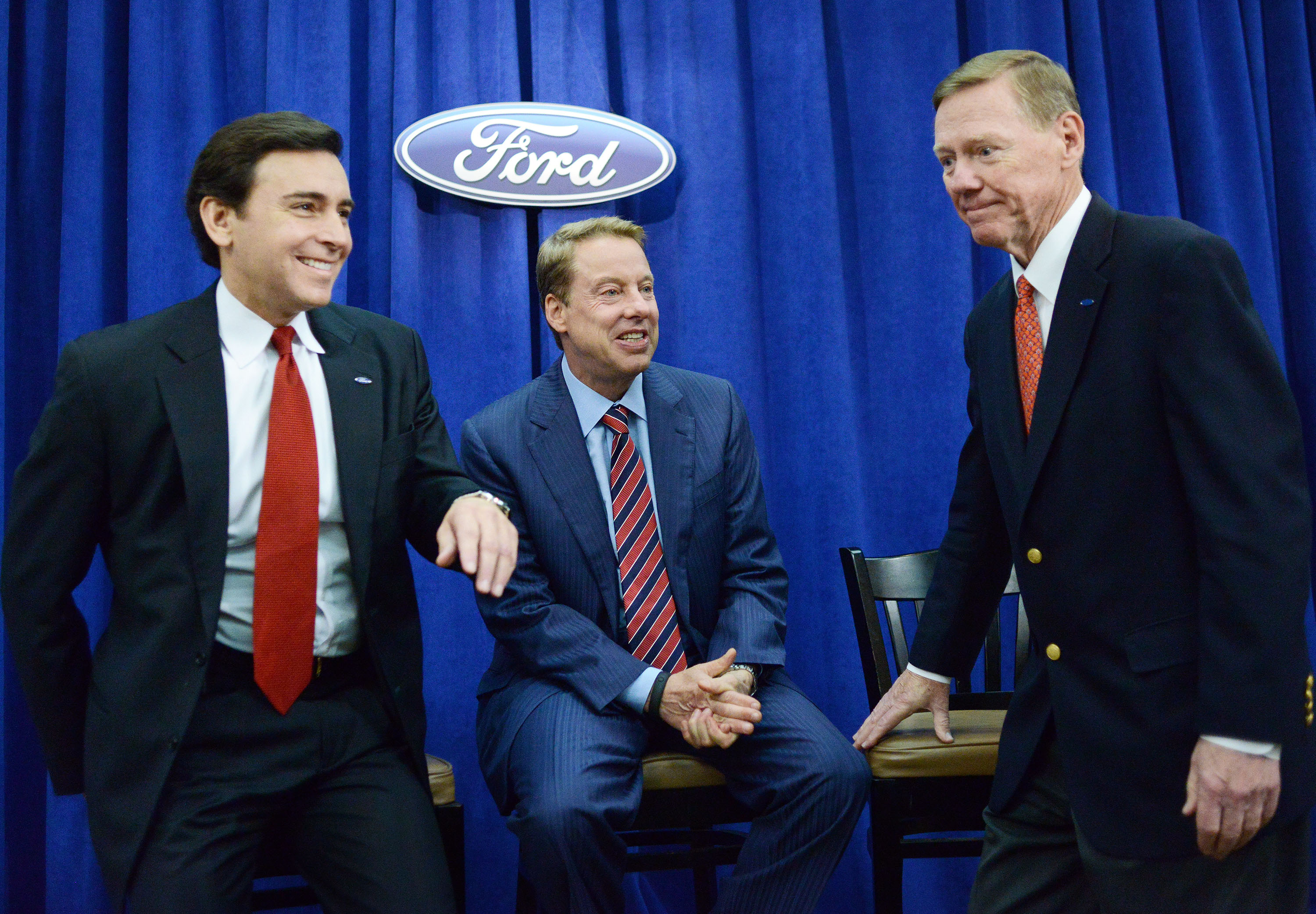 The road to redemption

Overall, the road to redemption after a scandal or crisis is long and hard. But this may be because most companies think that simply firing the old leader(s) will address the issue. Dealing with their followers throughout the organization is also essential, as is reasserting checks and balances by strengthening board independence.

Past CEOs, such as Alan Mulally of Ford, have demonstrated that you can fix a broken culture. Essential to his success was that he spent a lot of time aligning employees with the automaker’s new values.

We, as the general public, are also important in holding companies accountable. The actions taken in the aftermath of the Uber allegations, for example, may not have occurred if the public shrugged its proverbial shoulders instead of deleting the app from their phones.

So although toxic companies need to do the bulk of the legwork in terms of regulating themselves, we can all play a role in driving more inclusive workplaces worldwide. 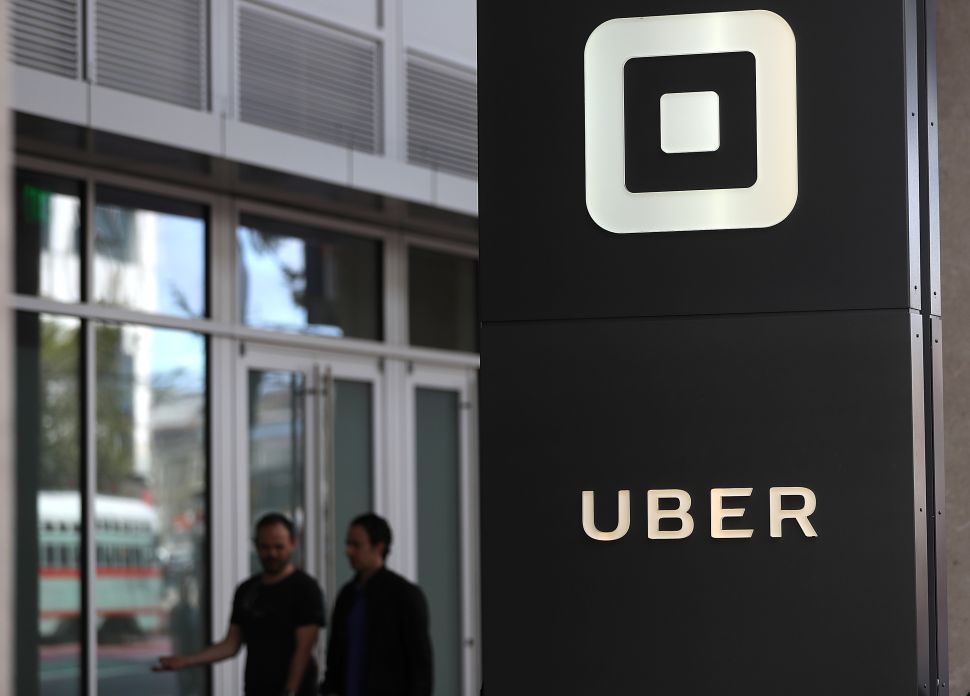