Luxury magnate Francois Pinault will have his Paris museum after all, reports the Guardian. This week, the billionaire who owns Christie’s auction house, and happens to also be a noted art collector himself, revealed designs for a new modern art museum, the Pinault Foundation, set to open in 2019. Architect Tadao Ando’s ambitious designs for the project will transform Paris’ historic 19th century Bourse de commerce building, once home to the Paris Stock Exchange and most recently the location of the city’s chamber of commerce.

To renovate the architecturally significant building will cost approximately €108 million ($123 million), and the Pinault Foundation will have the space on a 50-year lease, reports Vogue. Changes to the space will provide approximately 9,800 square feet of exhibition space across five floors, a 300-seat auditorium and restaurant.

But the deal that Pinault has struck with Paris mayor Anne Hidalgo to display his €1.25 billion (roughly $1.4 billion) collection in the Bourse de commerce means that any changes proposed by Ando for the renovation must be reversible, according to the Guardian.

At the preview, Ando revealed a proposal to erect a cylinder at the center of the building’s circular dome. In his statements, the architect mentioned Brexit and the recent slew of terrorist incidents which have struck Europe, saying that major art and architectural projects such as the reno of the Bourse have the potential to “renew hope in the future.”

In his remarks, Pinault explained that the project “will be the spearhead of contemporary art, a path to the future in the heart of Paris.” 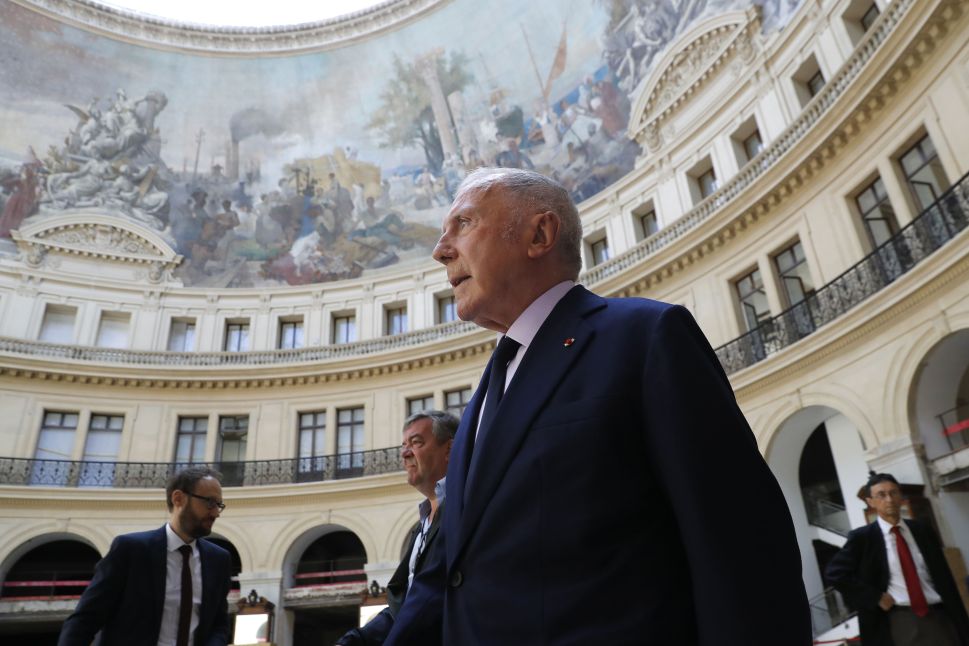