As the shock from Theresa May’s catastrophic electoral gamble subsides, one thing stands out in almost every seat in the country: The Conservatives got a ton of votes but still lost. Conservative candidates did better than expected, but Labour still beat them.

The best example is Canterbury, a seat that has only ever returned Conservative MPs. In 2015, Julian Brazier polled 22,000 votes to Labour’s 13,000. Just two years later, Brazier did even better with over 25,000 votes, but Labour leapt to 25,500 and took the seat. Labour virtually doubled their vote in what had previously been one of the safest seats in the country for Conservatives.

In the great Labour landslide of 1997, Tony Blair got around 100,000 fewer votes than Mrs. May did last week, but back then 13,500,000 was enough to win big. In fact, that amount of votes is enough to win almost any election in British history, but 2017 was different.

This was the year of The Great Student Revolt. Millions of young people signed up to vote and actually got out of bed in time to do it. Every pollster, strategist and candidate told themselves this would never happen. It did.

Successive governments have always been able to rely on the young to suck up the most appalling financial hosing, a result of their parents’ generation squandering almost the entirety of Britain’s wealth and leaving them with the bill.

Today’s young people can’t afford to buy their own homes. Instead, they rent the second homes their parent’s friends are sitting on. They pay into a social security system that could not possibly ever pay them a pension by the time they retire. They pay for the university education that their parents got for free.

Nick Timothy, in his infinite stupidity, thought the solution to this was to take the homes of those suffering from dementia. But young people did not go to the ballot box because they wanted to steal homes from the mentally ill; they wanted an end to tuition fees.

When I went to university in 1997, my tuition was paid for by the state, but Tony Blair’s Labour government ensured my generation was the last in this position. Today, teenagers pay up to $12,000 a year to go to university, and many spend years paying it off.

Admittedly, most Americans will think this a small sum, but America has low taxes that allow people to save up. In Britain, young people have to pay punitive taxes (34.5 percent of GDP) and get very little in exchange.

Theresa May is now toast. Conservatives will select a new leader within months. That leader should pledge to scrap tuition fees and find a way to pay for it.

Perhaps it could come from the $15 billion a year that the UK gives to corrupt foreign regimes in the form of overseas aid. Maybe students could be told the state will only pay for them to study at their nearest university and commute from home. Either way, something must be done.

Unless they quell this revolt, Conservatives will lose even bigger next time. Like the Peasants’ Revolt of 1381, the solution is for the government to give in to the demands placed at its feet. 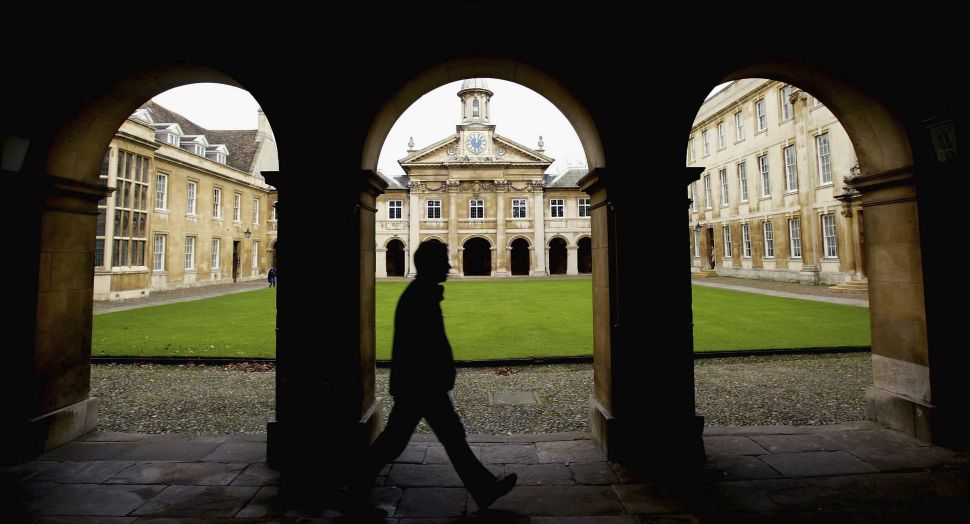