On Android, Google Maps can be more passive aggressive than a supervisor who’d really “prefer” that you didn’t take that four-day weekend in July. I turn off my cell phone’s GPS when I don’t need it, so every time I open the app it stops me to ask that I turn “location services” back on.

This is aggravating, but seeing it as often as I do only makes me more dedicated to keep the sensor off when it isn’t necessary. I like to imagine some data scientist at Google pounding the table and yelling, “Should we send him an ad for Chipotle or the Olive Garden? We just don’t know where he is!”

No one can hide their location from their mobile carrier, however. Carriers always know which cell towers its customers are near at all times. The only way to hide from them is by turning your phone off. So that’s one data advantage a carrier will always have over Google, the predominant seller of ads on the web. That kind of information should really help Verizon as it closes in on its acquisition of Yahoo (and Yahoo’s online advertising business) next week, and every time a telecom pokes its giant nose into online advertising just further strengthens Mountain View’s resolve to move the whole internet over to encrypted connections.

Just like Google bugs me to turn on my GPS, it’s bugging everyone who publishes online to turn on encryption. Chrome gets a bit more nudgey about it every year. There’s good reasons for an encrypted web, but Google has its own reasons.

“It’s a defensive move by all these tech companies against the telecoms,” Juan Margenat, the chief operating officer of Marfeel, explained to the Observer. Marfeel optimizes content publishers’ sites for mobile, including on Facebook Instant Articles and Google’s Accelerated Mobile Pages. The Marfeel blog has a four-part series about how tech companies and telecoms went from friendly relations to outright animosity.

If that language sounds extreme, it helps to look at an example from abroad. Last year, Israeli ad blocking company Shine (now Rainbow) had three global carriers signed up for network wide ad blocking services.  This meant that carriers could block any or all ads that would have shown up on cell phones. They could just block it all, to save money on bandwidth, or offer blocking as an add-on service to customers. This was of course a huge threat to companies that distribute ads online, and Google is the biggest of those companies.

But Shine’s plans fell apart when European regulators said they would prohibit network-wide blocking, as the Financial Times reported. Nevertheless, the advertising giants remembered: the symbiosis of the telecoms and the tech industry was over.

This helps explain Google’s ever increasing insistence that online content shifts to encrypted connections. We’ve reported a lot on encrypting websites here, but here’s a quick recap: Websites can send their traffic to web browsers in an encrypted fashion when the publisher and the viewer’s browser exchange keys and send data back and forth muddled with that key, so only the sender and recipient can read it. Telecoms can of course listen in on any traffic over their wires, but encrypted traffic will make no sense.

Further, if a website is encrypted, a telecom could block an entire website, but it couldn’t block specific content on that site, such as ads. It also couldn’t scrape which ads subscribers see in order to build market intelligence for its own ad business. Encrypting traffic shuts the telecom out entirely; web traffic just becomes photon- in its fiber-optic pipes.

HTTPS won’t prevent Verizon from publishing on lots of web pages if it can prove it has a valuable product for publishers, but it will prevent it from taking unfair advantage using its privileged position as a top-level network service provider.

Verizon has tried online advertising before, but with Yahoo it gets a decently large existing business. Verizon has other advantages, too, that Google can’t block, besides location. It knows how often users change devices, how often they pay their bills, how often they move, their zip codes, where they’ve lived and on and on. Its data is valuable enough that one telecom here has been selling it to local businesses to help profile their customers, as we previously reported. Telefonica got busted doing the same thing in Germany. So it has advantages, but the ability to scrub a rival’s whole revenue stream? That would be an unfair advantage.

Telecoms also haven’t given up on their efforts to stifle the flow of information to tech companies. Telefonica has announced a mobile app to control which sensors feed data to companies with apps on a users phone. Guess which sensor I would shut Google out of?

The government can forbid unfair competition, but HTTPS just shuts one variety of it down, law or no law. Google has been pushing the web to HTTPS using language about internet censorship and privacy. Encryption is great, and it does protect all of that, but just remember, when Google starts using Chrome to shame websites that haven’t encrypted yet, it’s also protecting its bottom line. 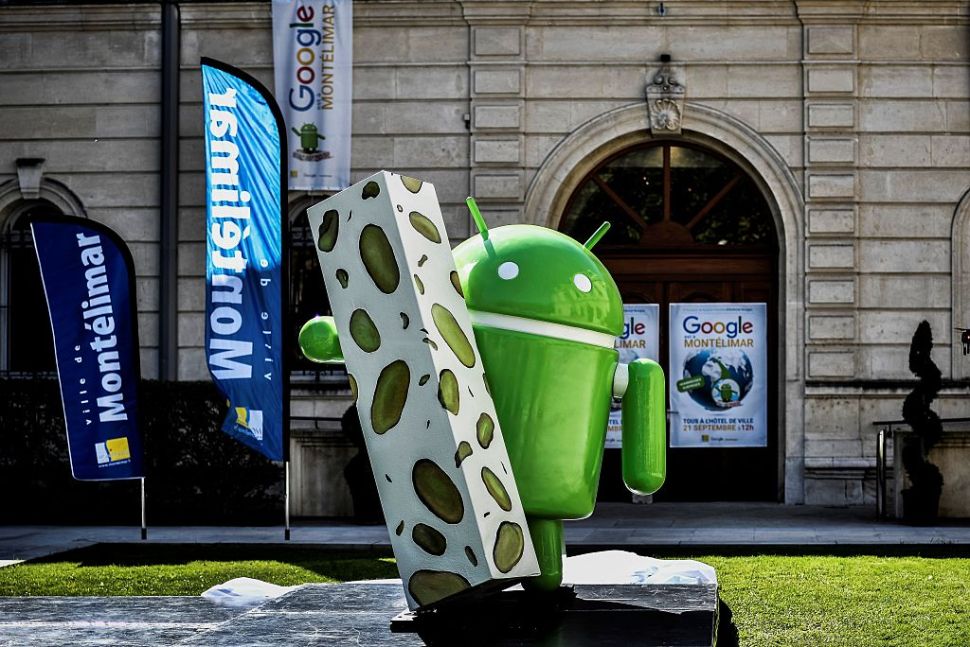