Samsung and Apple are expected to compete with each other in the smartphone “phablet” category when the larger version of the iPhone 8 and Galaxy Note 8 go on sale, most likely during the third quarter of 2017. However, specs for one of Google’s new smartphones have just been leaked, and it looks like Google could finally become a legit competitor to Apple and Samsung.

Last year, Google surprised many in the smartphone industry with the Google Pixel and the larger Pixel XL. In a four-and-a-half-star review, Wired praised the brilliant battery life, the built-in Google Assistant, and the beautiful OLED screen. Many people said the Pixel XL was the iPhone of the Android world.

Unfortunately, there have been sales reports that have determined, without much actual proof, that Google only sold about a million Pixel smartphones. Even if the sales reports are true, people aren’t looking at the complete picture. Not only are the Pixel and Pixel XL first generation devices, but they have only been available to a limited number of carriers. There was also a very limited initial availability for the devices, and Best Buy was the only place that had (a limited) physical stock within the first three months of release.

The response to the Pixel smartphones has been outstanding from those who were able to get their hands on one of Google’s new devices.

Some have chastised the basic build and stock Android operating system, but these aspects are part of the Pixel appeal. The smartphones are compared to those from Apple because they “just work” without any shenanigans or overblown features. And Google Assistant feels like an actual assistant rather than one that tries to be (hello, Siri!) but often fails. Not only is the voice recognition incredible, but the way Google Assistant interacts with Twitter, Wikipedia and YouTube represents the future of smartphones. If the Pixel XL had a stylus for note-taking, it would be the ultimate smartphone.

Though there were rumors that the sequel to the Pixel XL was cancelled, more reliable reports show that it will just have a different name and will be made by LG instead of HTC. As BGR reports, the device has been given the possible code name “Taimen,” a device said to be even bigger than the Pixel XL. Some possible specs include a 5.6-inch Quad HD display, nearly 4GB of RAM, 100GB of internal storage, a Qualcomm 8-core processor running at 2.4GHz, and a stock version of Android 7.1.1 built in. It is suggested that the new Pixel smartphone could also have a similar 18:5:9 aspect ratio currently sported by LG and Samsung’s latest phones.

The new version of the Pixel XL will certainly have to be somewhat distinctive from the iPhone 8 Plus (or Pro as some are calling it) and the Galaxy Note 8. According to many reports, the higher-end version of the new iPhone will sport a 5.8-inch edge-to-edge OLED display (a first for Apple). The phone is also expected to have wireless charging capabilities as well as a fingerprint reader under the screen—something Samsung tried to do with the Galaxy S8 series but didn’t have enough time to perfect the technology.

Speaking of Samsung, the Korean company is getting ready to provide a true Smartphone beast with the Galaxy Note 8, a device that is said to be slightly larger than the already large Galaxy S8+. The Observer recently reported that the Galaxy Note 8 will likely have a 4K screen for VR purposes as well as a dual-lens camera. Whether or not the Note 8 will have an under-the-screen fingerprint reader is still up in the air.

All three smartphone companies are under a lot of pressure to deliver. Apple is facing the tenth anniversary of the first iPhone release, while Samsung has to prove that the Galaxy Note 8 won’t blow up in people’s faces like the Note 7. And Google has to prove its foray into the smartphone world in late 2016 was no fluke. The release of the updated Google Pixel XL, the iPhone 8, and the Galaxy Note 8 will certainly make the second half of 2017 the most exciting time for smartphones in years. 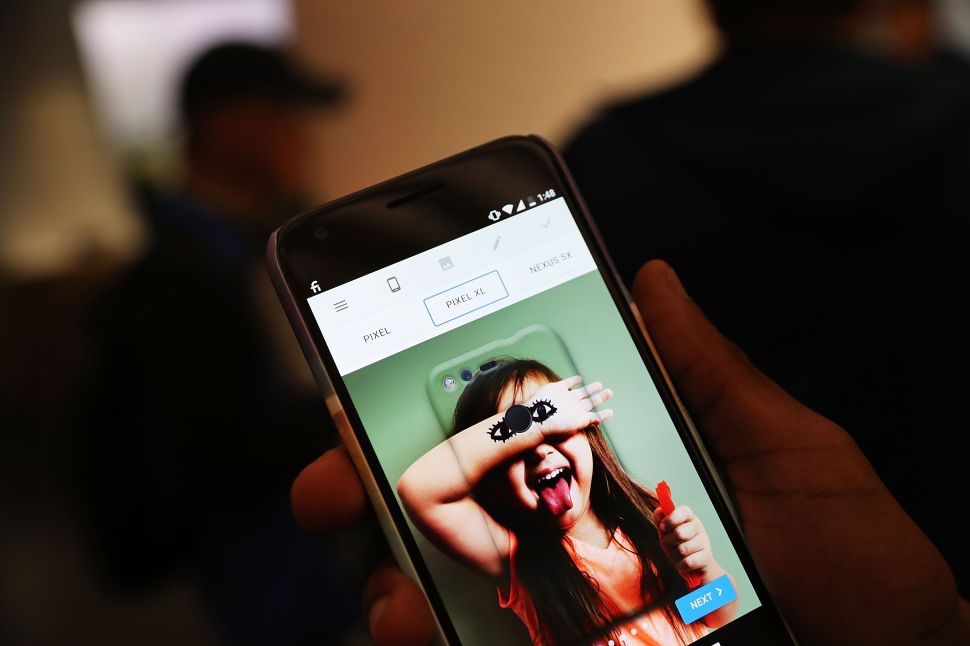