The Republican governor kicked off his speech to the gathering at the Times Square Sheraton with the remark that he “never thought I’d be speaking to a Republican group in New York.” He then struck on the recurring theme of his address: negatively comparing the Empire State’s business climate to that of Florida, and asserting the latter had profited from the former

The former for-profit hospital operated highlighted the straitened circumstances of the Florida economy when he assumed office in 2011, and and its $4 billion budget deficit.He credited the subsequent successive years of job growth to his program of slashing taxes and—more importantly—regulations on business.

“I don’t think your governor’s done that, right?” he said, asserting that his policies had swelled the state’s coffers and enabled it to invest in higher education and transportation. “What’s happened with us is you spend your dollars in our state, you move to our state and we get more jobs.”

“Let’s look at where Florida is today and where New York is,” he continued.

“I know that you feel like you’re getting a lot out of that, right?” he said. “But everything we’ve done, you can do.”

“If you elect somebody who’s focused on creating a great economy, you can solve a lot of problems,” he continued.

The mayor and governor’s offices did not immediately respond to requests for comment. 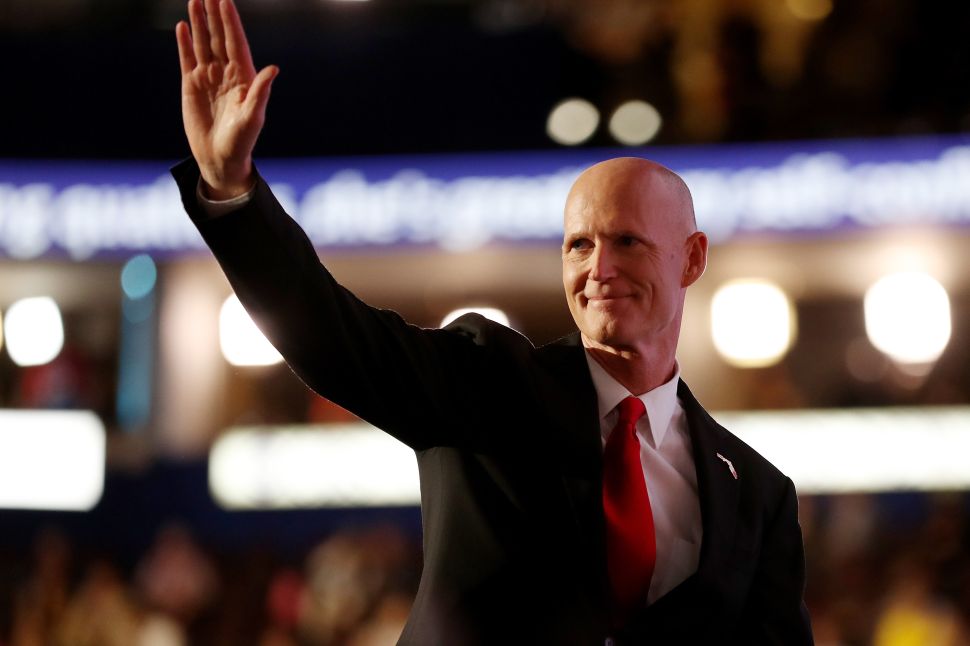