On May 29, the Telegraph reported the 2050 Great Barrier Reef Advisory Committee of scientific experts organized by the Australian government declared that the Great Barrier Reef has passed the point of no return in maintaining even its current condition. Due to pressures from climate change, the experts claimed it would be more realistic to protect and try to preserve the ecological functions of the reef.

“The concept of ‘maintaining ecological function’ refers to the balance of ecological processes necessary for the reef ecosystem as a whole to persist, but perhaps in a different form, noting the composition and structure may differ from what is currently seen today,” the Great Barrier Reef Park Authority said in a statement. “The planet has changed in a way that science informs us is unprecedented in human history. While that in itself may be cause for action, the extraordinary rapidity of the change we now observe makes action even more urgent.”

In April 2017, aerial surveys discovered that two coral bleaching events within the span of a year have devastated two-thirds of Australia’s Great Barrier Reef, which is the world’s largest living structure and has been dubbed by the United Nations as “the most biodiverse” of all World Heritage Sites. The bleaching has impacted 900 miles of the reef.

Mass coral bleaching is a phenomenon directly linked to climate change and ocean acidification. Bleaching takes place when corals are stressed by warm ocean temperatures to the point where the coral expel tiny algae, zooxanthellae, that live inside the coral tissues and provide their color and food source. Without this algae, the corals die.

The Great Barrier Reef has only experienced four coral bleaching events in recorded history, with the recent back-to-back events signaling a dangerous trend in which these events may occur at frequencies too often for the coral to recover, which takes at least 10 years for fast growing types of coral.

Scientists at James Cook University in Australia who conducted the aerial survey sounded the alarm to the Australian government and people to take decisive action on climate change to save the reef before reaching a point of no return. “The bleaching is caused by record-breaking temperatures driven by global warming. This year, 2017, we are seeing mass bleaching, even without the assistance of El Niño conditions,” said Professor Terry Hughes, director of the ARC Centre of Excellence for Coral Reef Studies, who undertook the aerial surveys in both 2016 and 2017. “The reef is struggling with multiple impacts. Without a doubt the most pressing of these is global warming. As temperatures continue to rise, the corals will experience more and more of these events: 1°C of warming so far has already caused four events in the past 19 years. Ultimately, we need to cut carbon emissions, and the window to do so is rapidly closing.”

The severity of recent coral bleaching events also incites concerns over the coral’s ability to regenerate, as impacted coral needs to be connected to healthy, unaffected coral to to do so. “It’s that connection ultimately that will drive the rate and extent of recovery,” University of Technology Sydney’s lead reef researcher, marine biologist David Suggett, said in an interview. “So if bleaching events are moving around the [Great Barrier Reef] system on an annual basis, it does really undermine any potential resilience through connectivity between neighboring reefs.”

Measures to improve quality around the reef have been failing according to scientists devoted to measures to prevent and mitigate the impacts of bleaching, and scientists have criticized the Australian government for their inaction. Greenpeace Australia CEO David Ritter wrote for the Guardian in April 2017, “Australia’s greatest contribution to global warming is through our coal, exported and burned in foreign power stations. So our most determined Australian efforts to save the reef must be directed to closing down the coal mining industry, while ensuring decent new jobs and fair transitions for all affected workers and communities.”

He added the Australian government continues siding with the coal industry and polluters contributing to climate change. “Again, the balance of power seems loaded against us. First the Queensland premier, Annastacia Palaszczuk, and now the prime minister, Malcolm Turnbull, have betrayed both the reef and the trust of the Australian people by snivelling across the seas, pledging allegiance to the Carmichael coal mine. All too often, the rest of big business is complicit in the crisis by explicitly or tacitly supporting the coal industry. Financial institutions such as CommBank continue to invest in the fossil fuel projects that are bringing disaster to the reef.”

The Australian government continues dragging their heels on taking on the special interests that undermine the efforts needed to save the reef. As a result, scientists are looking for help from the international community to obtain the resources these efforts demand. The Guardian reported on May 24 that the 2050 plan for the Great Barrier Reef will be impossible to achieve due to climate change. Scientists are now working to have the reef placed on the UNESCO in-danger list, which would open up the efforts to save the reef to much needed international resources. 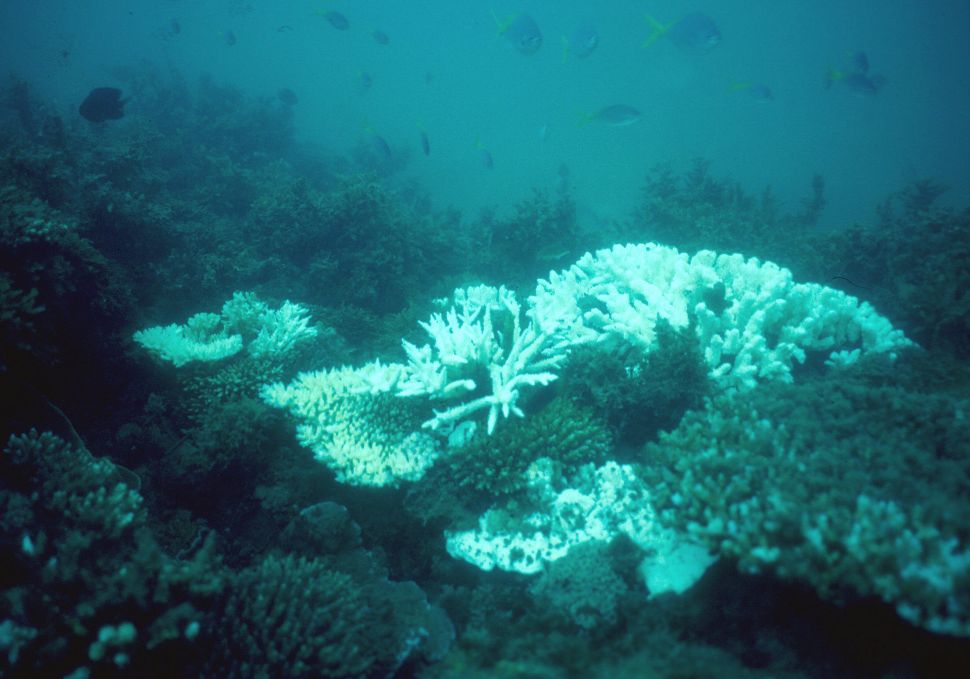